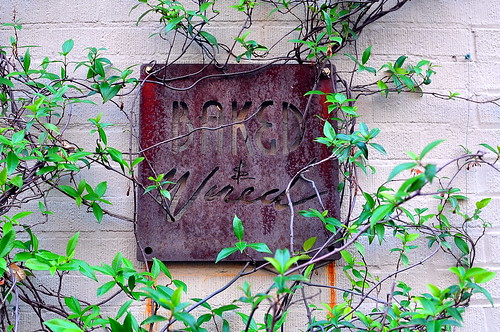 Given the extensive itinerary that Destination D.C. cooked up for the culinary tour, I added only two supplemental destinations to the list: 2 Amys and Georgetown Cupcakes. An impromptu meal at the city’s best pizzeria went off without a hitch, while grabbing a cupcake proved to be far more difficult. Who would have thought? 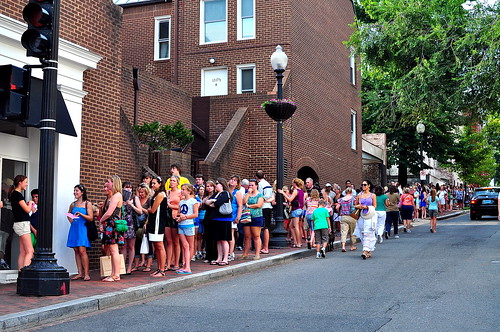 Following our meal at 2 Amys, my cousin Kristine and I hopped a bus traveling down Wisconsin Avenue to make our way to Georgetown. As we approached the famed bakery, we spied a line stretching outside its doors and well around the block. I’m certain that a series of unsavory words escaped my lips while gawking at the madness.

We approached the person at the very front of the line to inquire about the wait time and were told an hour and a half. I was curious to taste a cupcake that supposedly rivaled Sprinkles, but could not muster enough gusto, guts, and patience to endure such a lengthy line. So, off we went to Baked & Wired. 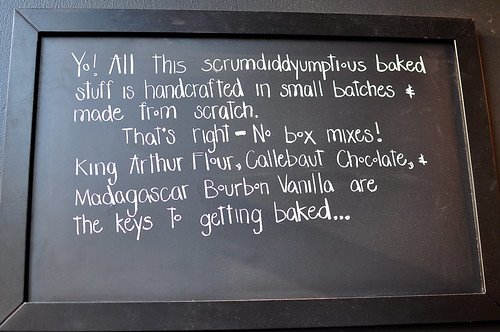 Baked & Wired is strategically located up the street from Georgetown Cupcakes and has attracted a steady following including Kristine’s roommate and one of the locals on the press trip. Both parties vouched that its wares were superior to Georgetown’s. 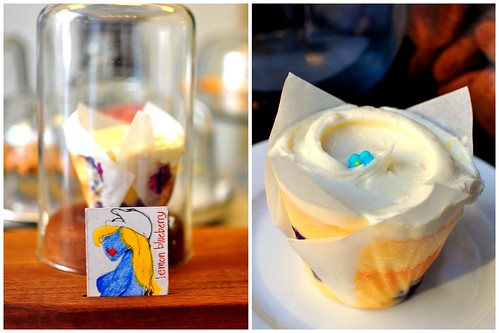 Instead of a traditional bakery case, Baked & Wired displayed all of its cupcakes underneath glass containers labeled with hand-drawn name tags. Of the two cupcakes that we ordered this afternoon, the “Smurfette” was my favorite. It entailed fresh blueberries baked into vanilla cake and topped with lemon buttercream. The seasonal creation was superbly moist and tasted like a blueberry muffin with a rich and lemony lift.

What’s unique about Baked & Wired’s cupcakes is their height. Swathed in parchment paper, each cupcake is just a little taller and skinnier than average. 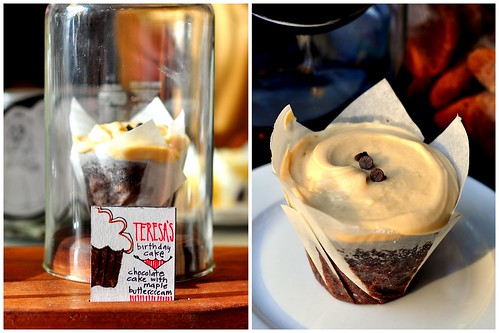 Our second cupcake, “Teresa’s Birthday Cake,” consisted of chocolate cake topped with maple buttercream. By the way, Teresa is the name of the baker for whom the original cake was made for. This cupcake had all the makings of a superstar, but the heart of the matter turned out to be unforgivably dry. The maple buttercream was unfortunately not sensational enough to compensate for the sub-par cake.

Baked & Wired offered a fine diversion this afternoon, but was not as fetching as I had expected. Will someone please FedEx me a Georgetown Cupcake? The suspense is killing me.