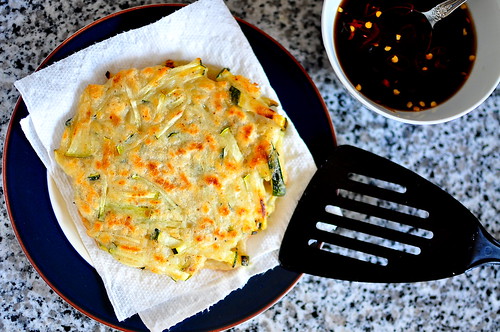 The Astronomer and I were gifted a 20 inch-long, five pound zucchini from our friends Andrew and Miri a few weeks back. They had forgotten to pluck it from their garden prior to leaving on vacation, and as a result, the zucchini grew without bounds for weeks on end. I had initially hoped to bake several loaves of zucchini bread with the monstrosity, but my plans were squashed (pun intended) once the heat wave hit.

After a bit of Seoul searching, I decided to make Hobak Jeon (Korean Zucchini Pancakes) instead. This recipe was originally developed by Maangchi.com, the ultimate Korean recipe site. I followed it as written and the results were just as I had hoped. The texture was properly crisp around the edges, while the batter was mild enough for the zucchini to shine through. Maangchi recommends serving these with a soy-based Korean dipping sauce (recipe below), but I quite loved them with a ladle of nước chấm chay. Either way, these pancakes are a savory delight. 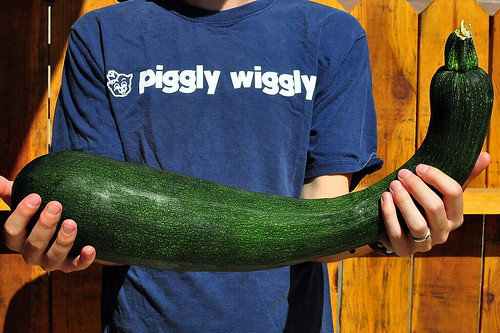 This is the giant zucchini that Andrew and Miri’s garden produced. The soil in Eagle Rock must be fortified with steroids. 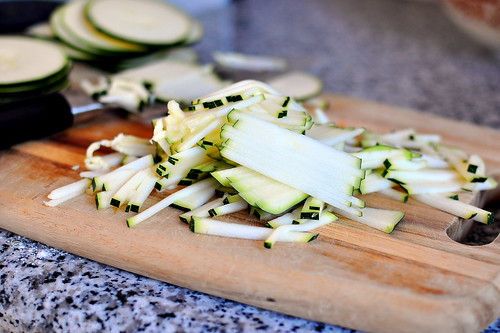 Begin by julienning a small zucchini. 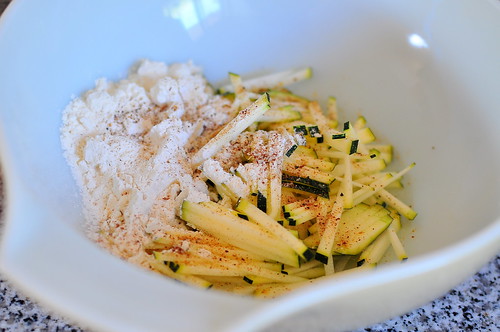 Next, place the zucchini strips into a bowl and add in the flour, salt, and water. Combine well with a spoon. [I used a Szechuan peppercorn-infused salt, hence the dark brown flakes.] 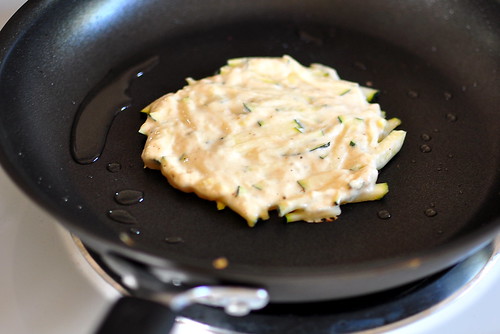 Pour 2 tablespoons of vegetable oil onto a heated, non-stick pan. Spread 1/4 cup of batter evenly and thinly onto the pan. When the bottom of the pancake starts to set (approximately 1 to 2 minutes), add 1 tablespoon of sesame oil into the pan, along the edge of the pancake. Tilt and shake the pan so that the sesame oil spreads underneath the pancake. 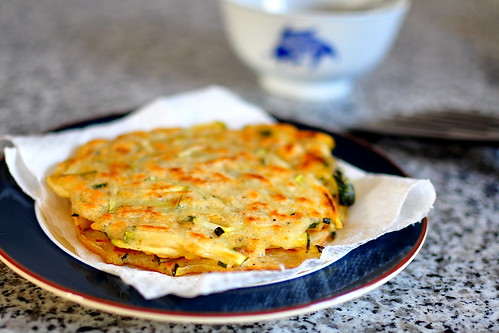 Makes 1 large pancake or 3 medium-size pancakes. This recipe easily doubles or triples, just in case you have a five-pounder to work with.