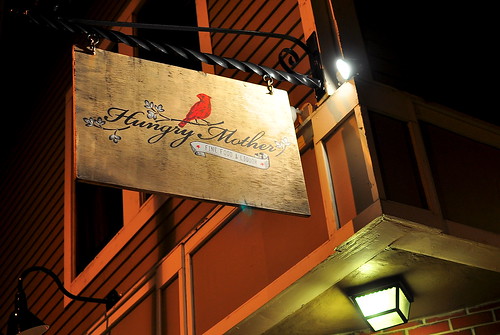 Hungry Mother is just about the coolest restaurant name I’ve ever come across. Even though I know it’s in reference to a Virginia state park, a part of me still wishes that it were a shortened expression for “hungry like a mother effer!” Alas, it can only be so in my heart… 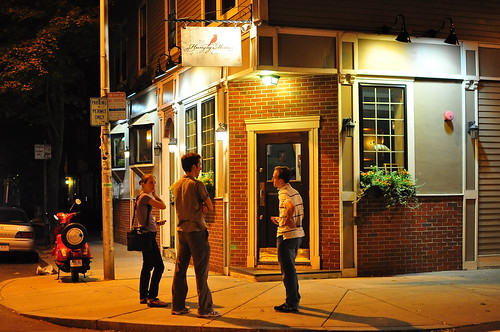 I was sent to this Cambridge gem by three trusty sources: my brother, Evelina, and GQ magazine. Opened in March 2008, Hungry Mother serves southern cuisine with an Appalachian bent. Employing local New England ingredients, chef and co-owner Barry Maiden (L’Espalier and Lumière) prepares the homey dishes of his youth using French techniques mastered from years working in fine dining restaurants. The premise of Hungry Mother reminded The Astronomer and me of a less formal and hipper version of Highlands Bar & Grill, our favorite restaurant in Birmingham, Alabama. We were joined for dinner by our friend Matt and sister Rosalind. 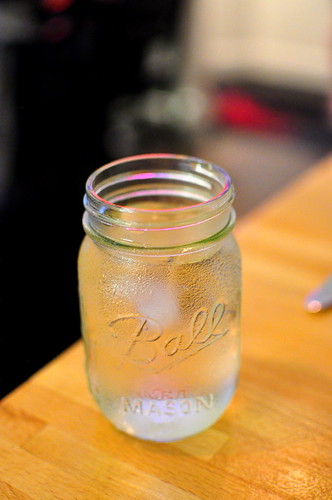 We were seated at a table in the bar area because I foolishly made an OpenTable reservation for the week after our trip. The host was incredibly nice about my absent minded move and managed to fit us in even though the restaurant was fully booked. It was really fantastic that he took good care of us even though it was totally my mistake. [By the way, according to Matt, a Boston resident, the service here is heads and shoulders above the rest of the city.] 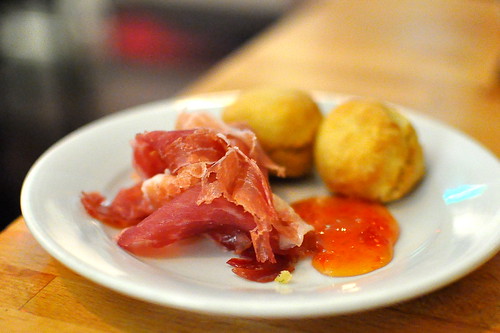 We started off with two appetizers to share. The first to come out of the kitchen was the La Quercia prosciutto served with angel biscuits (a cross between a classic southern biscuit and yeast roll) and red pepper jelly ($5).  I made little open-faced sandwiches for the table by smearing the dainty little biscuits with the sweet and spicy jelly and topping it with a tear of ham. The biscuit and jam were lovely in their own right, but the ham was absolutely superb. 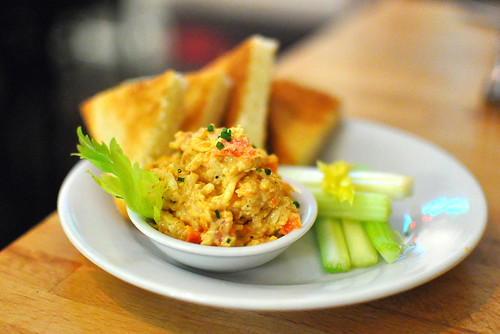 Our second appetizer, spicy pimiento cheese served with celery hearts and pain de mie ($4), was straight out of The Astronomer’s grandfather’s kitchen—he eats a pimiento cheese sandwich for lunch daily. The chunky pimiento spread, which was made of cheddar cheese, cream cheese, mayonnaise, pimientos, and hot sauce, didn’t veer far from the down-home version, and we appreciated it very much. 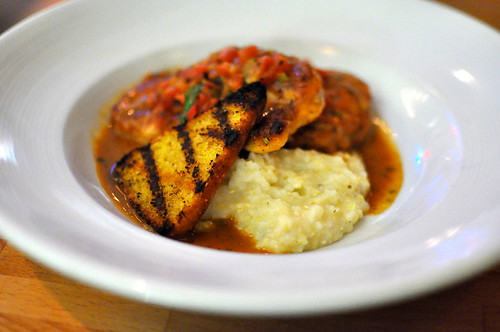 For his main course, The Astronomer chose the classic New Orleans dish grits and grillades ($23). The pork was slow cooked and served with HM tasso ham, a creole sauce, and grilled cornbread. The Astronomer was craving a stick-to-your-bones kind of entree and this one fit the bill very nicely. 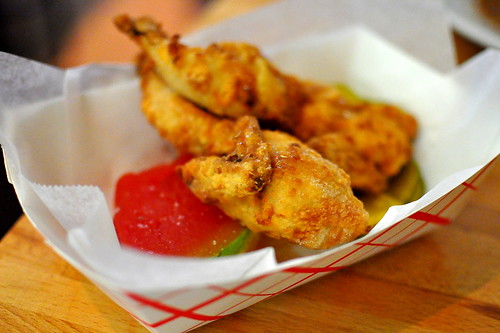 I ordered the chicken-fried Vermont quail ($13) starter for my main course. It was served in a paper boat along with a slice of compressed watermelon and house-made bread and butter pickles. The crisp and golden quail was surprisingly meaty and seasoned sweetly with Tabasco honey. It was just what I was in the mood for this evening. 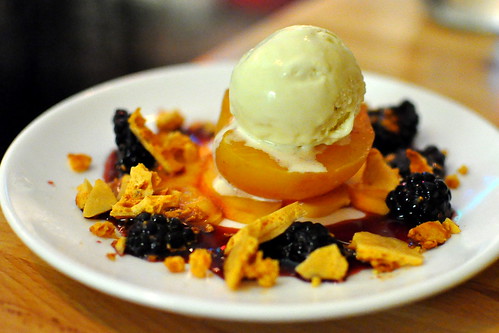 For a sweet finish, the table shared a peach melba ($9), which was accented with blackberries, faux honeycomb, and basil ice cream. Nothing beats a peachy dessert at the height of summer, especially when basil ice cream’s involved.

Under the watch of Chef Maiden, southern flavors are flourishing in Yankee territory.