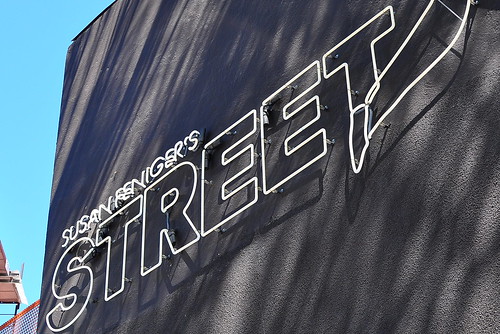 I followed the opening of Susan Feniger’s Street with great anticipation during the early months of 2009. I had just moved into town following a year traveling and feasting abroad, so news of a local restaurant specializing in global street food was especially exciting to me. Every minuscule pre-opening detail, from the interior design to menu development, was captured on the restaurant’s “Street Noise” video series. I watched each one and felt like a privileged insider getting a behind-the-scenes look at the restaurant’s impending launch. 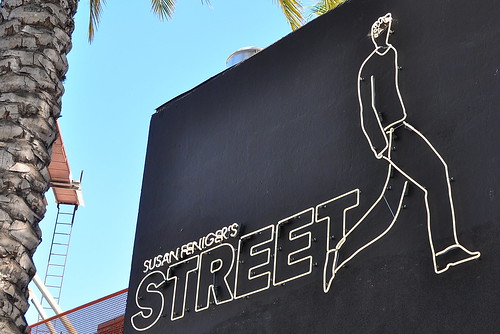 As stoked as I was to try Street, the lukewarm reviews that came out during the first few months of service changed my mind completely. It seemed that paying premium prices for street eats didn’t sit well with folks (see: $16 bowl of phở), and the hodgepodge menu was something of a minefield. Without glowing reviews all around, the restaurant soon fell off my radar.

It wasn’t until I received a 30% off coupon from Blackboard Eats some months ago that I finally made my way to Street for a meal. Ain’t no better motivator than a hefty discount and promises of kaya toast. 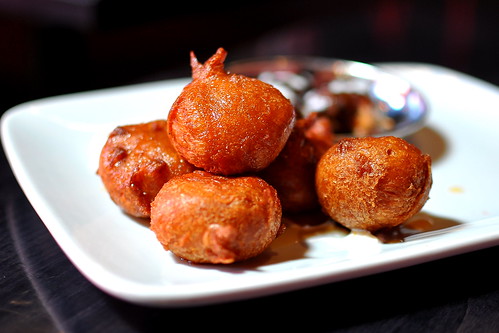 The Astronomer and I, along with our friend Laurie, brunched here one Sunday afternoon following a terrific volunteer sesh with Project Angel Food. We’d been up and on our feet since 6:30 AM, so we were hoping that this meal would be a real battery charger.

Brunch began with a plate of spiced Turkish doughnuts simmered in cardamom rose syrup and served with sour cream and rose hip jam ($10.50). The sweet and slightly floral doughnuts were grease-less, pillowy wonders that had all three of us seriously impressed. 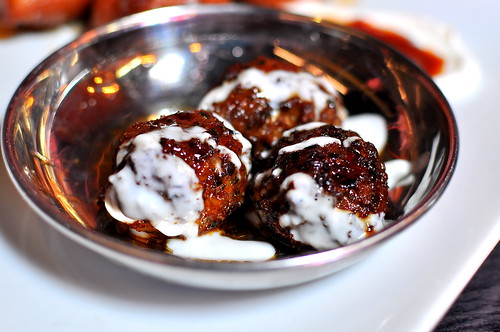 Additionally, the doughnuts were served with a side of  homemade lamb sausages. Each ball was caramelized, tender, and provided a perfectly savory contrast to the little fried orbs. 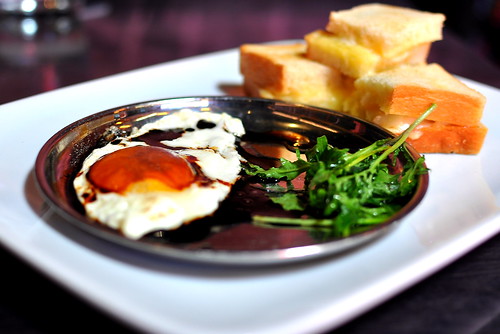 Our second appetizer was the Singapore kaya toast ($10), which I’ve been dreaming about since day one. This “Street Classic” consisted of thick coconut jam on Malaysian white toast served with a soft fried egg drizzled in dark soy sauce and dusted with white pepper. Dipped in the soy sauce-laced yolk, the rich and custard-like jam totally came alive. Much like the doughnuts and meatballs that preceded it, this dish expertly teetered between sweet and savory. 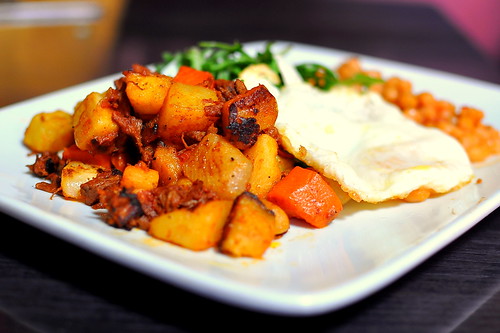 For her main entree, Laurie ordered the Mountain Country potato hash ($12.50). It consisted of braised beef, potatoes, onions, rutabaga, apples, and peppers served with slow-cooked white beans and a fried egg. Laurie thought that the hash was “just a hash,” but couldn’t get over how smoky and awesome the accompanying beans were. 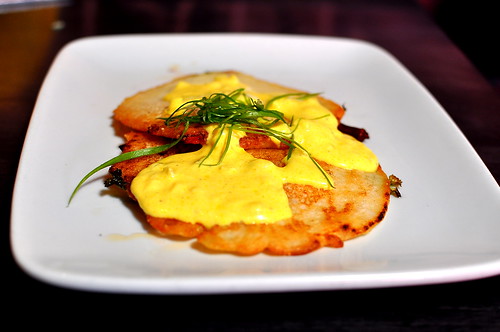 The Astronomer went for the Indian rice crepes ($9) layered with tomato, cilantro, and spiced onions topped with honey turmeric yogurt. The portion was pretty small for a growing boy, but the flavors were bright and excellently spiced. The crepe’s tangy batter and crisped edges were definitely the highlights. 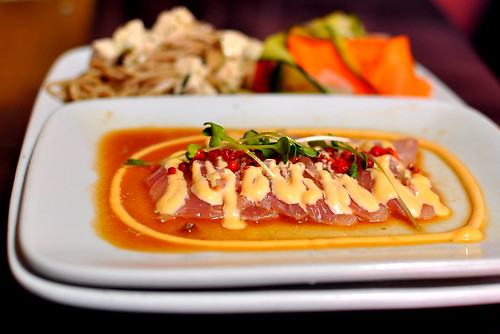 I ordered the Hawaiian Ono Sashimi Plate ($14) with spicy sesame mayonnaise, yuzu ponzu sauce, smoked salt, pink peppercorns, and micro wasabi. The assertive peppercorns and heavy-handed mayo application made it difficult to taste the thin slivers of fish, so I scraped the sludge off before eating the remaining morsels. It helped a little. 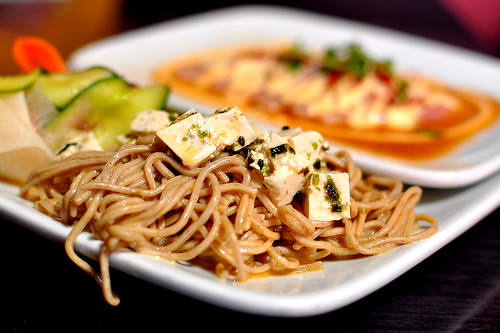 The sashimi was served with chilled soba noodles and a pickled vegetable salad. The soba noodles were “just soba noodles,” while the pickles needed a bit more pickling. My entree wasn’t as ono-to-the max as I had hoped, but I still left happy thanks to the stellar doughnuts and kaya toast.

And in case you were wondering, the $16 bowl of phở is no longer on the menu.