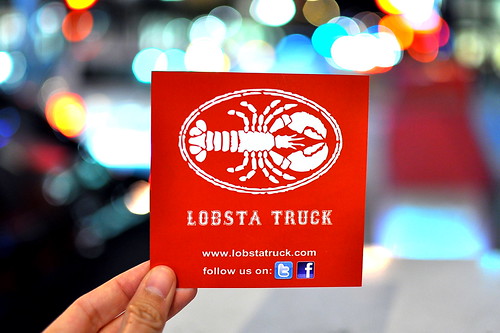 It was a red letter day this past Friday night  in Pasadena. Of all the neighborhoods the Lobsta Truck could’ve debuted in, they chose to peddle their wares first in my fair city. How cool is that?

The man behind the truck is Justin Mi, a seafood industry veteran and fellow 626 resident. The idea for the truck was born after a recent gut-busting lobster roll tour through Maine. In the span of two days, he consumed half a dozen specimens, and at the end of it all, he was inspired to bring the simple, clean, and satisfying flavors that he experienced to Los Angeles. 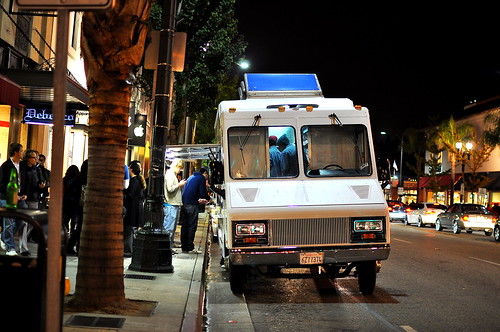 The unwrapped Lobsta Tuck was parked near the corner of Colorado and Fair Oaks in Old Town Pasadena. A line ten or so deep was already formed when The Astronomer and I arrived on the scene—it was really great to see Pasadenians coming out to show their support. We took our spots  and eagerly anticipated the New England fare coming our way. 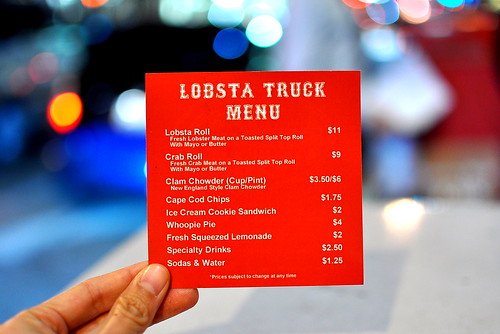 While waiting in line, we contemplated what to order. In addition to lobster rolls, the truck also offers crab rolls, New England clam chowder, Cape Cod chips, whoopie pies, and fresh squeezed lemonade. The lobsters, as well as the split-top buns that both the crab and lobster rolls are served on, are flown in several times each week from the East Coast. 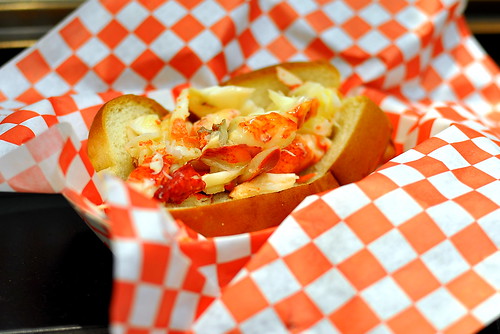 Since The Astronomer and I were meeting up with friends for dinner at Osteria Mozza later this evening, we opted to share a lobster roll ($11). We ordered ours Connecticut style with rich drawn butter rather than mayonnaise.

The lobster roll arrived nestled in a checkered tray. Its split-top bun was buttered and toasty, while the lobster meat was fresh, sweet, and plentiful. The entire roll was sprinkled lightly with salt, which added a wonderful other dimension. My only suggestion for improvement would be to serve the Connecticut style rolls warm. It was a bit jarring biting into cold lobster meat sauced with butter. 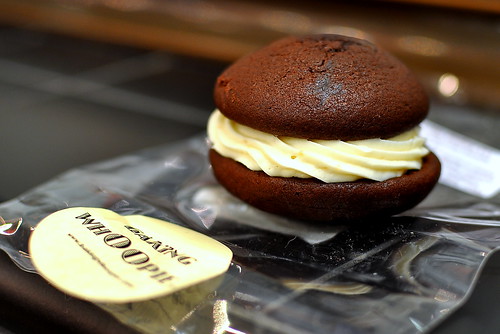 For dessert, we shared a classic chocolate whoopie pie ($4) made by Baking Whoopie. I’ve loved whoopie pies ever since my friend Laurie introduced them to me back in the day, and this version didn’t disappoint.  Although I found the cake moist and the filling well balanced, my whoopie-expert friend Laurie thought the entire sandwich was a smidgen too sweet.