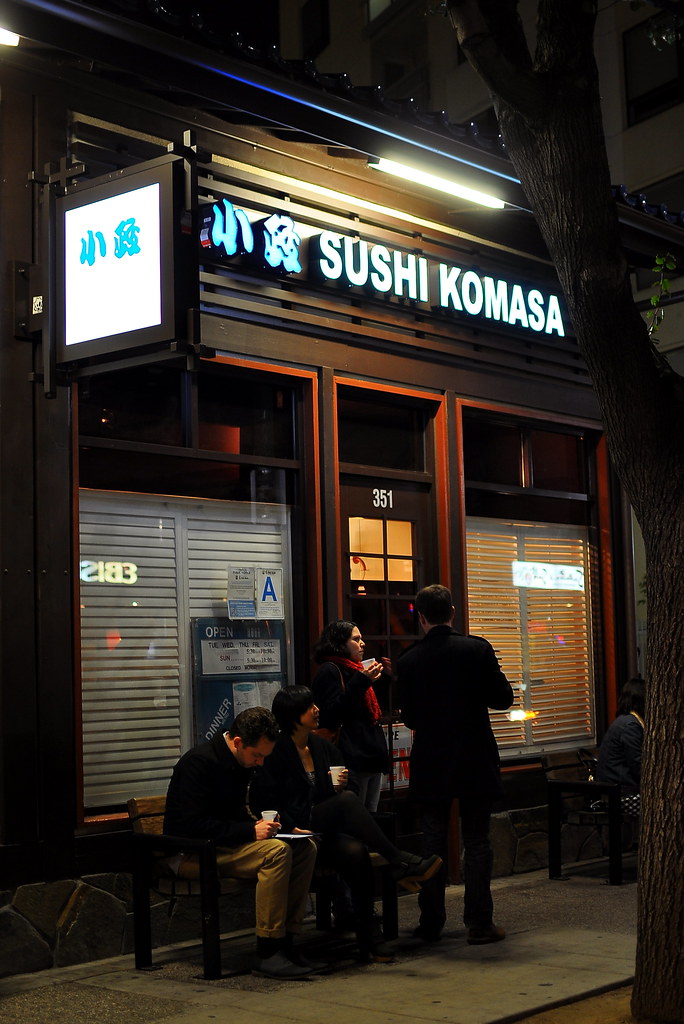 Last Thursday called for something special for dinner. It was Tết and all, and I wanted to ring in the Year of the Cat with some fanfare. Since grandma’s house was too far to travel to on a weeknight and no bánh chưng or bánh tét were to be found in the fridge, The Astronomer and I drove downtown for dinner at Komasa. 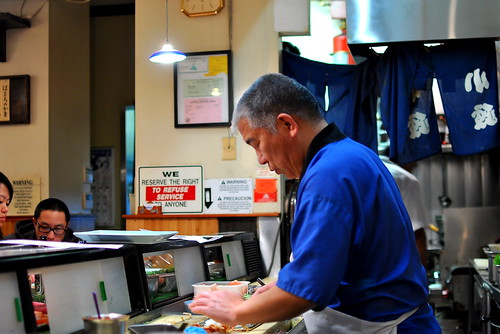 Komasa was opened by Hokkaido-born Chef Minoru two decades ago and has been a Little Tokyo staple ever since. Prior to opening the restaurant, Chef Minoru spent 35 years working at sushi bars in Japan and the U.S.

With a reputation for fresh fish at fair prices, Komasa is almost always packed. We were warned by our friends that long waits were the norm, and sure enough, The Astronomer and I wandered around the neighborhood for a solid hour before our seats at the bar opened up. 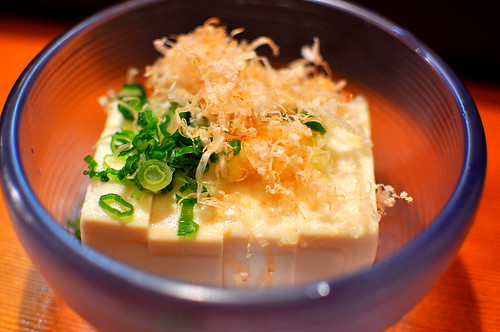 We placed our order while waiting outside, so the appetizer arrived soon after we sat down. The slices of “Soft Tofu” ($4.20) were served chilled and topped with sliced scallions, grated fresh ginger, and salty bonito flakes. I poured in a dash of soy sauce to liven things up even further. The texture of the tofu was silky smooth, while the flavor was pure, unadulterated soy. 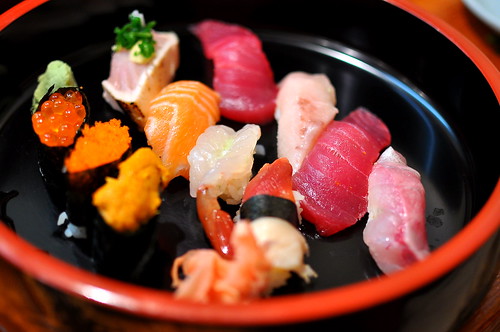 Though totally fresh, the pieces of fish were shoddily cut and assembled. Some pieces were smeared with way too much wasabi, causing The Astronomer and me to wince in pain. I appreciated the quality of the fish, especially the pieces of salmon and tuna, but was disappointed with the careless manner in which everything was made. 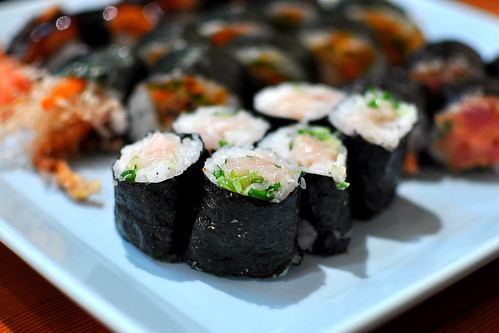 To supplement the sushi combo, we ordered three rolls. All of the rolls were made in the same sloppy fashion as the sushi, but considering the price point and the goodness of the fish, I really shouldn’t be complaining. The “Yellowtail with Scallion” roll ($4.20) was straightforward and tasty. 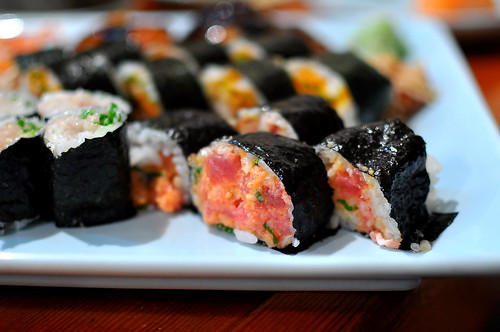 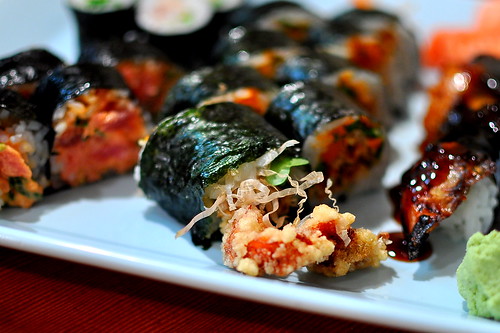 The only let down was the less-than-crunchy “Spider Roll” ($10). The soft shell crab wasn’t fried to order and, as a result, lacked the oomph and pow that makes spider rolls so gosh darn good. 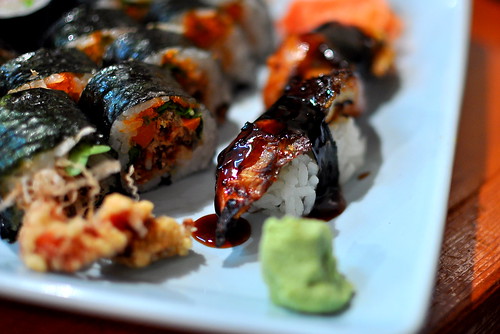 To close out the evening, we split two pieces of fresh water eel ($4.20) Warm, sweet, and oily, the eel nigiri turned out to be the best bite of the night.

I totally understand the appeal of Komasa, but would rather pay a bit more for sushi that’s made with care. Indifference is a real appetite killer.