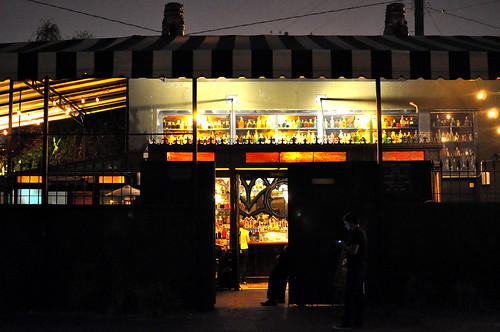 From an eater’s perspective, it seems that the next chapter in Los Angeles’ gourmet food truck movement is just getting underway. Businesses that started by serving meals on wheels are transitioning into brick and mortar operations or popping up at established restaurants for limited engagements. Food trucking isn’t sustainable in the long run and as a result, businesses are expanding their brands and diversifying their services for a greater shot at success.

Kogi has grown its Korean taco empire to include two restaurants, Chego and A-Frame. Get Shaved has two independent shops in Northridge and Torrance. Komodo just opened a restaurant on Pico Boulevard. And in a few short weeks, Flying Pig will be serving pork belly buns in Little Tokyo. 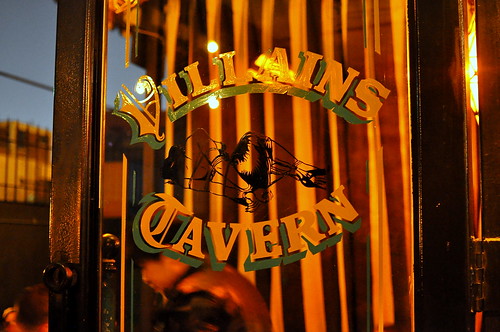 My friends aboard the Great Balls on Tires truck have been working toward expanding their concept as well. Every Tuesday night for the past few months, they’ve been serving an “off-tires” menu at Villains Tavern. I didn’t get around to checking out their new digs until a few weeks ago when Villains debuted their spring cocktail menu. There’s nothing like the promise of well-crafted libations and the best balls in town to get me out of the house on a weeknight. 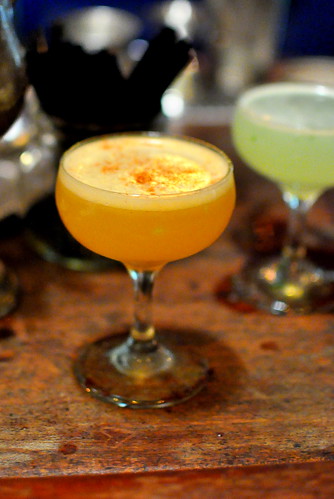 Before the parade of balls commenced, The Astronomer and I sipped on some very fine cocktails. I chose the Ma’at, which was made with Sagatiba cachaca, cantaloupe, citrus, and Chilean salt, while my partner went with the Isis made with pisco, basil, cucumber, lemon, lime, egg whites, and sugar. Created by in-house mixologist Dave Whitton, both drinks were well-balanced and delicious, in addition to being potent.

Later on in the night, we sampled the Osiris’ Punch made with rye whiskey, hibiscus, mint, citrus, spices, and bitters. It was a festive bowl of booze that packed quite a wallop. 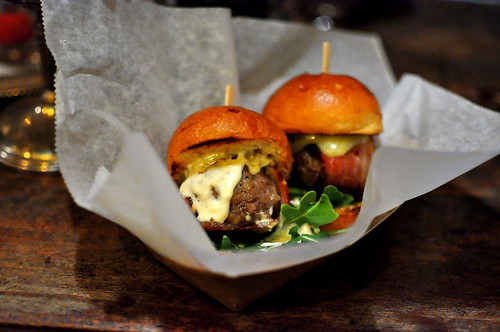 By the time the balls arrived on the scene, The Astronomer and I were more than ready to dig in. The IncrediBall ($8), which was made with ground kobe beef, applewood-smoked bacon, gruyère, wild arugula, and garlic aioli on a toasted brioche bun, totally lived up to its name.

The meatball was slightly pink in the center and very juicy throughout, while the accouterments were right on point. The bacon, cheese, sauce, and greens enhanced the ball’s beefiness without distracting from it. The IncrediBall was a savory package that definitely hit the spot. 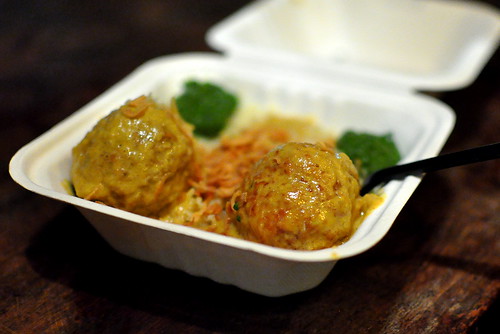 The Astronomer ordered the Ballywood ($7), his favorite ball of all-time. We tried this dish on our second visit to the truck and fell for its spicy profile and homey gravy. The tomato chutney was missed on tonight’s version, but all of the other ingredients came through nicely. The garam masala chicken balls, which were coated in a mild coconut curry, were moist and as tasty as we remembered. 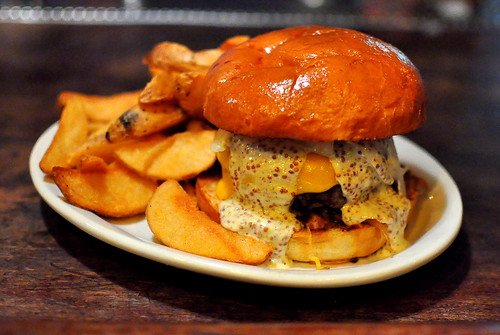 The highlight of the evening was tasting Great Balls’ “Great Burger” ($12), which is only available at Villains. Created by Chef Michael David (formerly of Comme Ca), the burger was comprised of a half pound of coarsely ground Angus dressed to perfection with bacon onion jam, cheddar cheese, whole grain mustard aioli, and raw red onions on a toasted brioche bun.

Considering its size and sauciness, the sensible thing to do would’ve been to cut it in half or to attack it with a fork and knife. I didn’t bother to do either and dove in head first. Let me tell you, from top to bottom and side to side, this burger was phenomenal. I loved how the beef and cheese weren’t muddled by greens or tomatoes—it was an avalanche of savoriness for as far as the tongue could taste.

Great cocktails and killer balls in one of the coolest bars in town, what a terrific way to spend a Tuesday night.