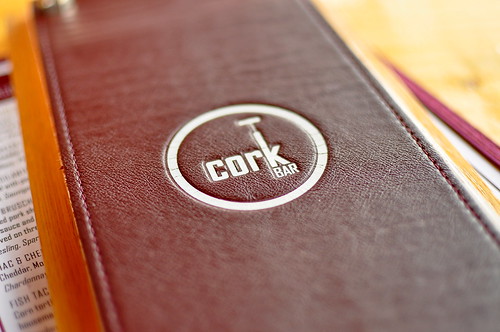 My cousin Phil has been traveling from San Diego to Los Angeles quite a bit these past few weeks for work. On one such occasion, The Astronomer and I met up with him for dinner in downtown. Phil is a diehard Lakers fan and suggested that we dine in the L.A. Live area to be near Kobe and company. I was in a low-key mood and suggested that we check out Corkbar instead. Without putting up much of a fight, Phil agreed. Thanks for being so accommodating, Cuz. 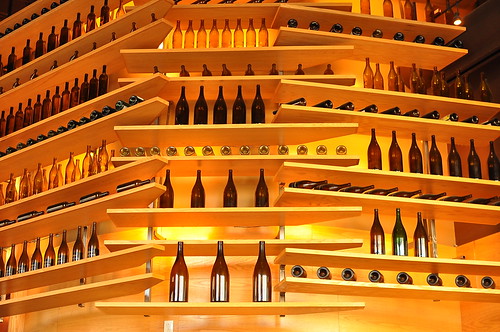 Located about a quarter mile from the bright lights of the Staples Center, Corkbar is a neighborhood wine bar with an interesting menu. It came highly recommended to me by Diana Takes a Bite and WeezerMonkey. We happened to dine here during happy hour (3 to 7 PM) and took advantage of a few good deals on drinks and appetizers. 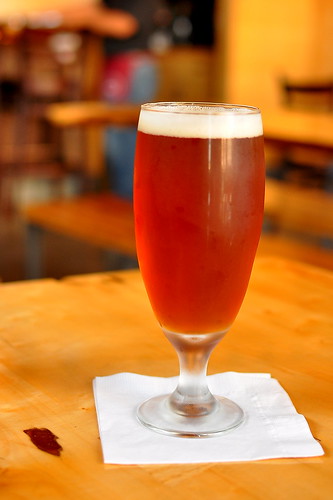 The boys got things started with a Beach House Amber from Strand Brewing Co. (all draft beers are $5 during happy hour). The Astronomer offered me a taste, but I opted to smell it instead. As anticipated, the aroma was of sudsy beer. 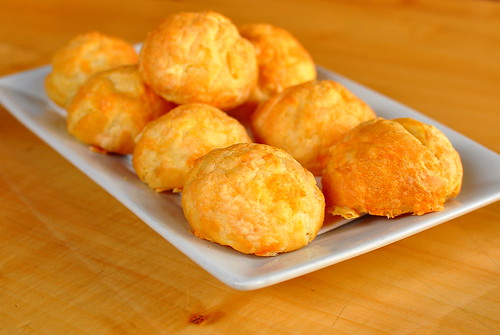 To start, we shared an order of cheddar cheese gougères ($7). Served straight from the oven, the puffs were light and airy with prominent cheesy notes. Whereas gougères I’ve encountered in the past were bite-sized morsels, these ones were the size of inflated golf balls. While I found the super-sizing not the least bit distracting, my dear Astronomer thought it was too much of a good thing. 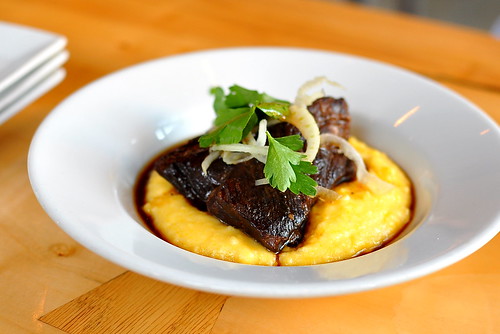 The main course I was most excited to sample was the root beer-braised short ribs ($16), which were served over cheesy polenta. The hunks of tender meat were nicely caramelized with a mild root beer essence. Only when we closed our eyes and concentrated really hard were we able to extract a little sassafras flavor from the meat. It’s just as well that we couldn’t really taste the sticky sweet soda; root beer and polenta would’ve been a questionable combination. 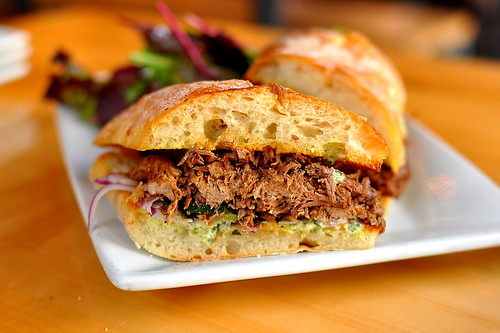 The spring lamb sandwich ($16) was our least favorite bite of the night. The bread (ciabatta) and fixins (cucumber, mint, feta) were solid, but the lamb itself was dry and lacked the distinct gaminess characteristic of lamb. 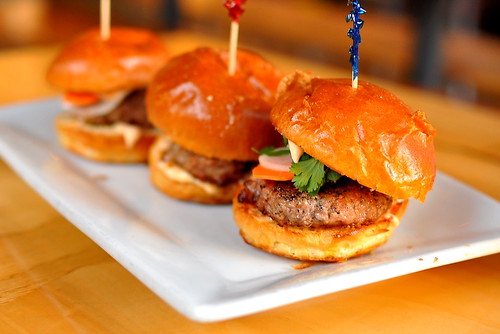 I was most pleasantly surprised by the banh mi sliders ($15), which were comprised of ground pork patties, cilantro, and pickled carrots and daikon sandwiched between toasted challah buns. The inspired trio were accompanied by a saucer of Sriracha on the side. 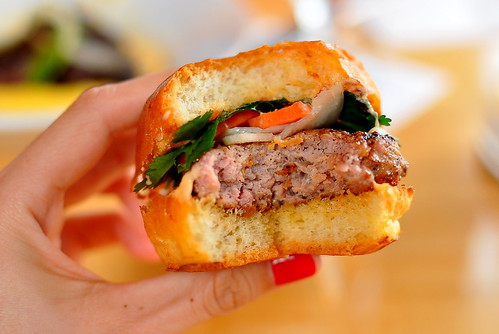 Priced at five dollars a slider, these weren’t the most economically savvy banh mi on the block. However, I was comfortable paying a hefty premium on this occasion for the quality ingredients, bright flavors, and oh so soft challah. Grandma would probably slap me silly if she ever found out about this indiscretion. 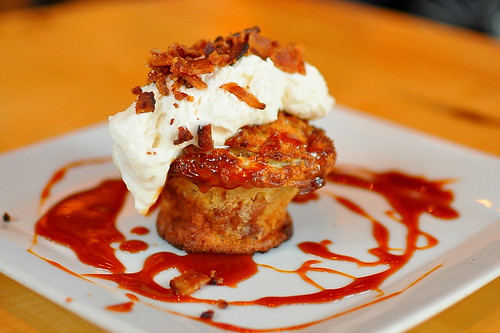 For dessert, I insisted that we indulge in “Breakfast” ($10). The cinnamon brioche muffin came adorned with a rum caramel sauce, vanilla whipped cream, and bacon bits.

While I’m usually a tremendous fan of incorporating smokey pork into sweet creations, in this situation the bacon seemed like an afterthought. Had the piggy shards been infused into the muffin and the caramel, the flavors would have been fuller and more cohesive. I wanted more bacon. A lot more.

Following our dinner, the three of us walked to L.A. Live to watch the Lakers blow it in the playoffs and came this close to receiving jaywalking citations. Just another night in downtown Los Angeles.