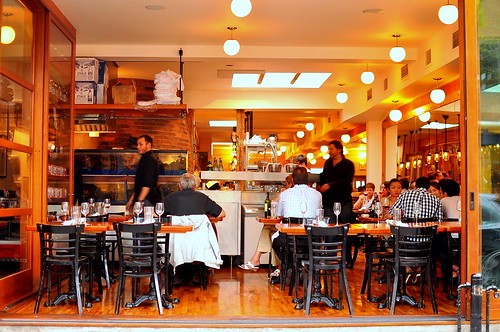 As stoked as I was to dig into Montréal’s poutine, smoked meat, and bagels, nothing compared to the excitement and anticipation of sitting down for a meal at Au Pied de Cochon. Chef Martin Picard’s temple of all things meaty, unctuous, and over-the-top came highly recommended to me by my brother, the Kung Food Panda, and every food lover who’s ever traveled to the area. Dining at “the foot of the pig” is a Montréal must-do, especially for those with a penchant for decadence. 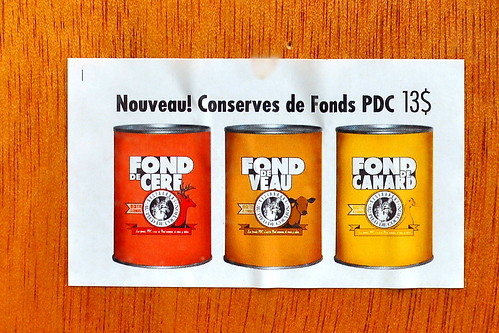 According to the New York Times, Au Pied de Cochon made a splash onto the dining scene back in 2004 when Chef Picard gained notoriety for topping poutine with a fatty lobe of duck liver. Since then, the chef has expanded his unorthodox foie gras preparations to include pizzas, tarts, and hamburgers. In fact, there’s even an entire section of the menu dedicated to engorged duck livers. If it weren’t for my level-headed dining companions, The Astronomer and Nina, I would’ve surely gone overboard with the foie gras offerings. 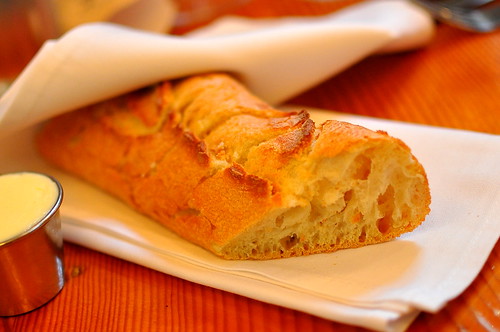 To start, we were brought a warm and crusty baguette tucked inside a napkin with softened butter served alongside. Although we didn’t plan on eating much of the bread and butter due to the impending spread, it proved too enticing to resist. 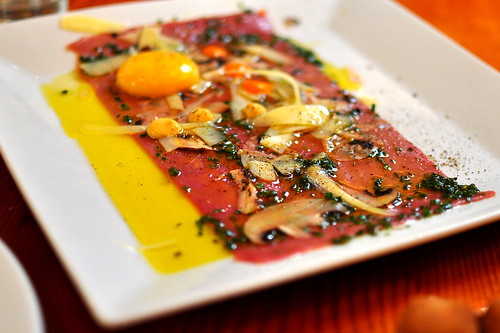 Our trio of appetizers arrived simultaneously at the table. The “Duck Carpaccio” ($13) came slicked with olive oil and strewn with ground black pepper, dollops of mustard, thinly sliced mushrooms, capers, and a whole egg yolk. The paper-thin slices of duck melded with the array of flavors while still maintaining their meaty integrity. 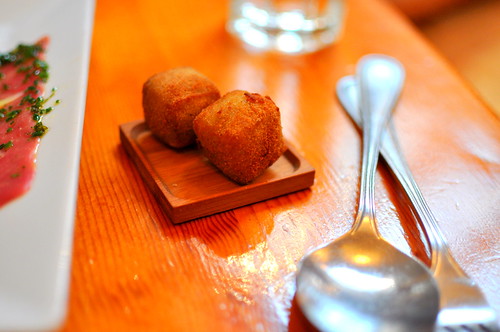 Since an order of the “Foie Gras Cromesquis” ($3.50) only included two servings, The Astronomer generously yielded to Nina and me. Breaded and deep fried on the outside and filled with oozy foie gras on the inside, the cromesquis unleashed a mouthful of irresistible fat. 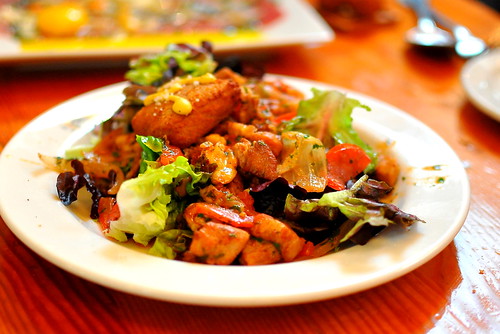 For some reason incomprehensible to me, Nina and The Astronomer insisted that we order a salad with our meal. Our waiter suggested that we try the “Crispy PDC Salad” ($8.50), which turned out to be porkier than expected, much to the dismay of my dining companions. The heap of mixed greens, sauteed onions, tomatoes, and bell peppers was dressed in a tangy herb vinaigrette with lardons interspersed here and there. 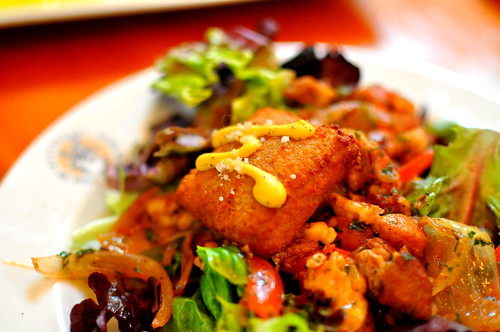 The highlight of the salad was a fried croquette filled with pork trotter meat, skin, and fat. The croquette’s innards were appealingly gelatinous, while the exterior was crisp and salty. Maybe ordering a salad wasn’t such a bad idea after all. 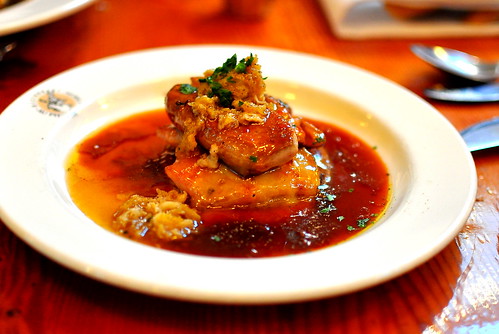 After a welcomed pause following the appetizers, our two main courses arrived. Taking a cue from the Kung Food Panda, we ordered the “Plogue à Champlain” ($26). It was a luscious combination of buckwheat pancakes, bacon, foie gras, and maple syrup. The dish was unabashedly sweet and frighteningly rich. I relished every single maple syrup-doused bite. 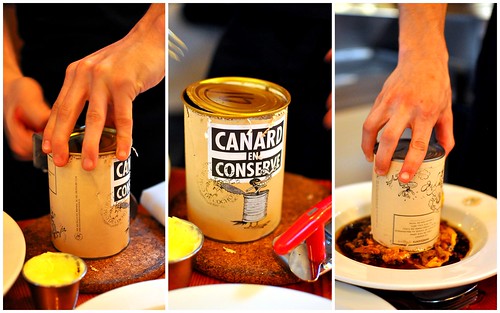 Our second main course was the famous “Duck in a Can” ($37), which was cracked open and dished out right before our eyes. Inside the can was half a duck breast, a lobe of foie gras, roasted garlic, sprigs of thyme, braised cabbage, and a demi-glace. 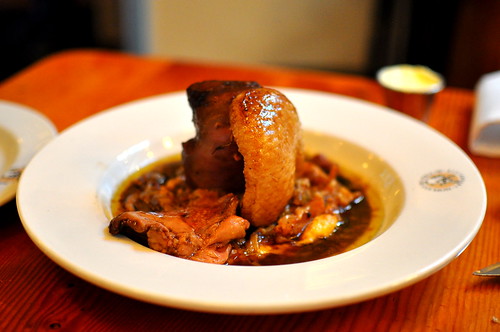 The contents of the can were emptied over slabs of grilled toast covered in a celery root puree. Voila! With three forks attacking the dish simultaneously, my “duck in a can” experience was a bit of a blur. My favorite bites were the ones accompanied by a hunk of impressively engorged ducky blubber. 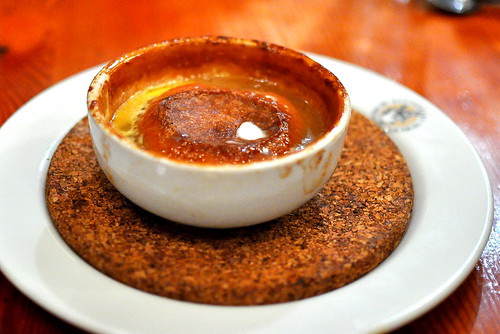 To finish, we shared a classic Québécois dessert called Pouding Chômeur ($8). Created during the Great Depression by female factory workers, “welfare pudding” or “poor man’s pudding” is comprised of a combination of maple syrup, brown sugar, butter, flour, eggs, and cream. Because it was served hot, we only took small spoonfuls at a time to avoid searing our tongues. It wasn’t the most nuanced dessert, but I appreciated its history and extraordinary sweetness.

Martin Picard is the man.