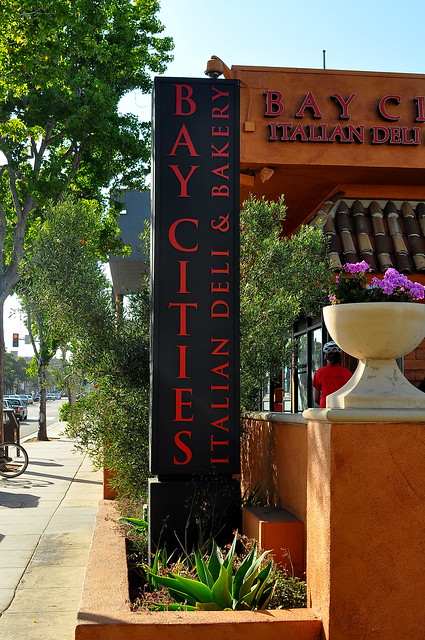 After spending Sunday afternoon watching “The Never Ending Story” with 80 diehard Weezer fans, I stepped out of the theater feeling positively hungry. It turns out that fantastical stories populated by a cast of strange characters bring on the pangs like you wouldn’t believe.

I remembered seeing Bay Cities Italian Deli & Bakery when we exited off the highway and couldn’t think of a better time than the present to finally experience “The Godmother.” Cue the singing angels… 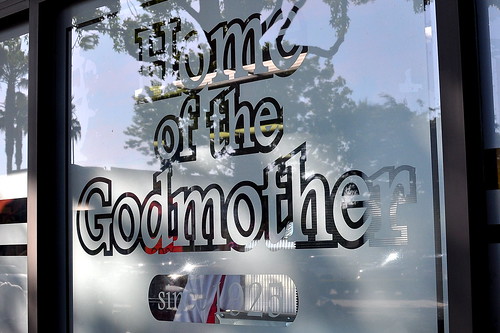 The hype surrounding The Godmother is nothing short of tremendous. Its legion of passionate fans endure long lines, nightmarish parking, and gruff customer service for the pleasure found between two slices of hefty Italian bread.

When The Astronomer and I arrived at the market slash deli sometime past four o’clock, we made our way through the sizable crowd  hovering around the counter to grab a numbered ticket. One Godmother sandwich with “the works” was in my hands within fifteen minutes. 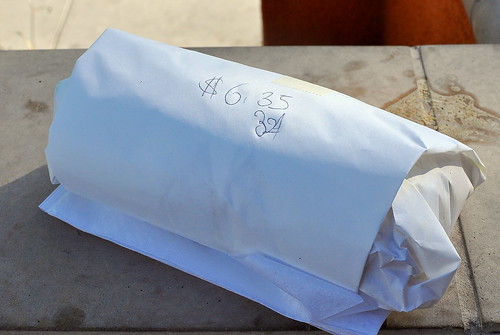 All of the picnic tables along the L-shaped patio were occupied, so The Astronomer and I dug in on our feet over a slab of concrete railing. 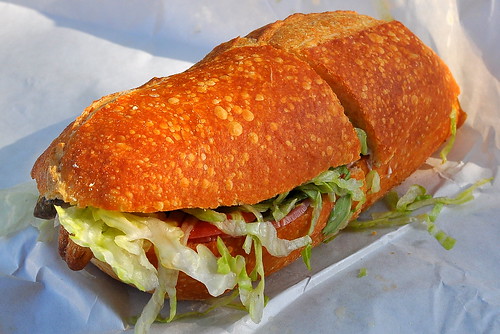 The small-sized Godmother was the perfect portion for me this afternoon. It included slices of Genoa salami, mortadella, coppacola, ham, prosciutto, and provolone. “The works” added some sauce and spice in the form of mayonnaise, yellow mustard, onions, pickles, tomatoes, lettuce, Italian dressing, and a hot pepper salad. Everything was neatly layered between two slices of fresh Italian bread. 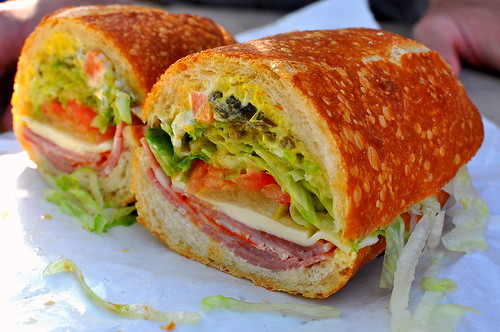 My first bite into the Godmother was a messy one. The bread’s chewy texture made it impossible to bite cleanly through and as a result, the condiments and meats slipped left and right, while the dressing slid down my arms. I found that eating the sandwich from both ends was necessary to ration the filling and to control the unwieldy bread.

Consumption complications aside, the Godmother tasted like the hoagies I used to eat in college. While the quality of the fixings was better and fresher, the flavors were straight out of South Philly. Considering the Godmother’s reputation, I was hoping for something a lot more interesting than a gussied up hoagie. I mean, what’s so godly about a cold cut sandwich? I’d much rather have a banh mi.