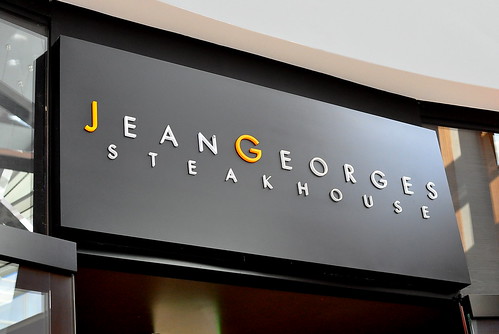 Day two of the #Foodies2Aria press trip started off with red meat and lots of it at Jean Georges Steakhouse. Located on the second floor of the Aria Resort & Casino, the restaurant feels worlds away from the usual hustle of the casino floor. Here, legendary chef and restauranteur Jean Georges Vongerichten has created a different kind of steakhouse experience, one that’s surprisingly playful, seriously sexy, and bloody good. Literally. 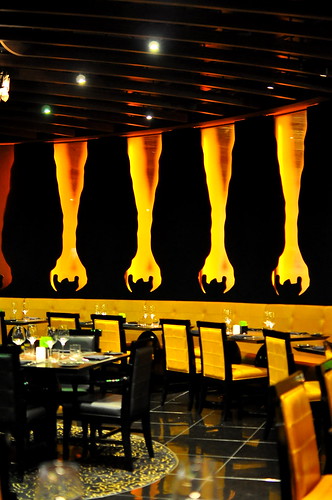 Before we sampled select items from the menu, Chef Vongerichten took our group on a tour of the facilities. In addition to hearing about the restaurant’s architecture and menu, we also learned about the chef’s philosophies. I was especially pleased to hear Chef mention that even with over thirty restaurants in his empire, he insists on having a say in every last detail of each one. From ambiance to food to everything in between, nothing gets the green light unless he gives it.

Chef also pointed out several fun little touches that set his steakhouse apart from the pack—the tables are adorned with tufts of green grass, the bar features spilled milk icicles, and if you look closely, the walls are covered with bovine silhouettes. 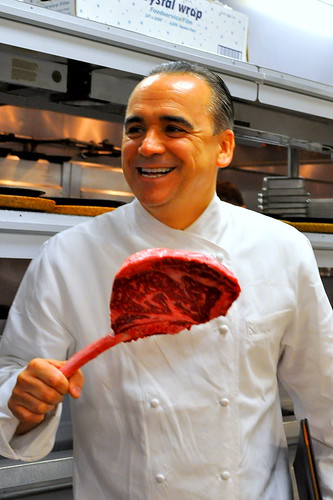 The fun really started when we made our way into the kitchen. On the menu this morning were half a dozen Angus 300 Australian Tomahawk Chops. I can’t say I’ve ever eaten a slab of steak larger than my face before. 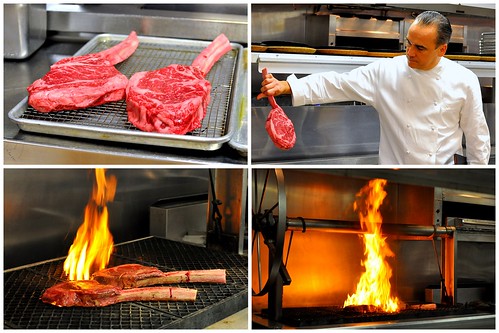 All of the steaks at Jean Georges Steakhouse are cooked over a wood-fired grill. Standing in front of the burning embers felt exactly like Vegas in August—dry, intense heat.

Before the meat met the flame, it was seasoned heavily with salt. And despite popular belief that steaks should sit out at room temperature before cooking, Executive Chef Robert Moore insisted that it wasn’t necessary. 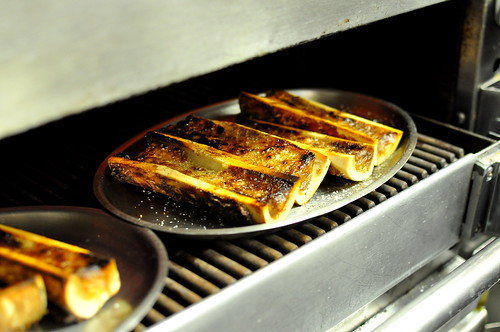 While snooping around the kitchen, I spied some bone marrow roasting in the broiler. I was hoping they’d be served alongside the steaks. 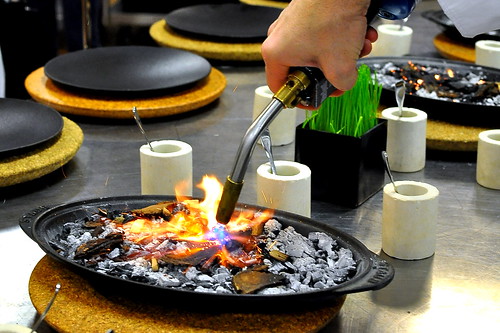 Once the steaks were cooked, the table was set for the main event. Chef Moore prepared smoking coals to serve the meat upon. The coals not only kept the steak warm, but also perfumed the table. It smelled just like we were camping. 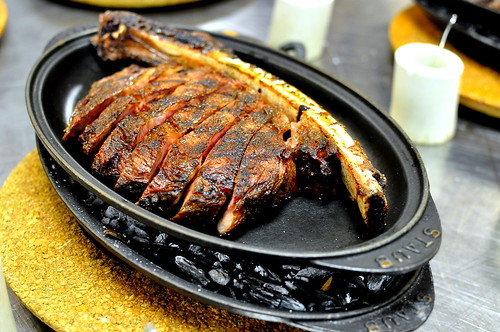 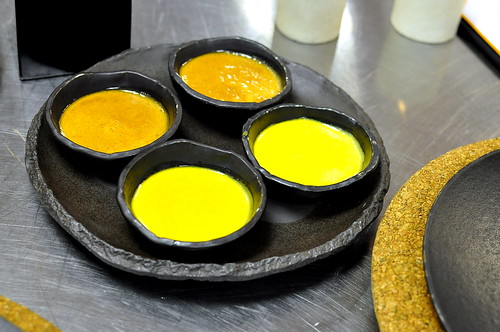 The steak was just about perfect as is, but several sauces were available for embellishing. There was a sinus-clearing hot sauce, a milder salsa verde butter, and my favorite, a soy miso butter. 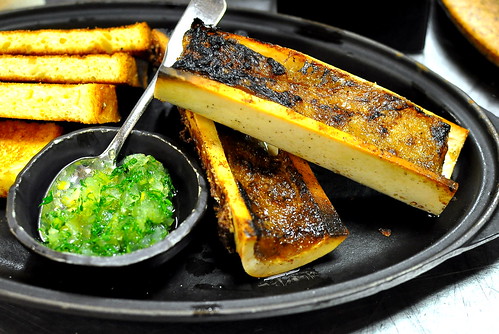 The chefs must’ve heard my prayers because broiled bone marrow appeared at the table. It was served with toasted bread and a unique gremolata made with agar agar. The marrow tasted as decadent and satisfying as I hoped it would. 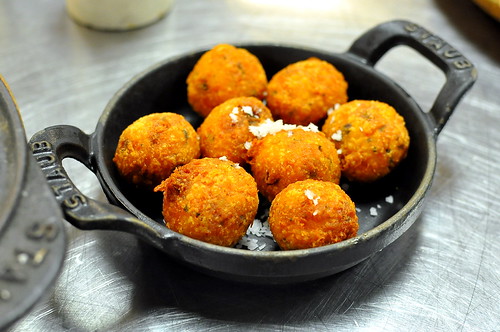 We were also served black truffle and comte cheese fritters dusted with lime salt. Crispy on the outside and creamy within, these bite-sized balls went down nice and easy. 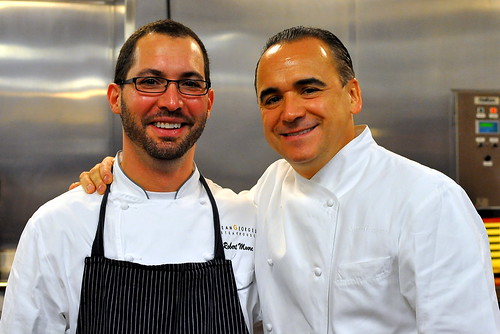 I’ve never been much of a steakhouse kind of girl, but this experience really opened my eyes to how deliciously delightful eating like a caveman can be. Thank you to chefs Moore and Vongerichten for showing us around the place. I wished we could’ve stayed all day.