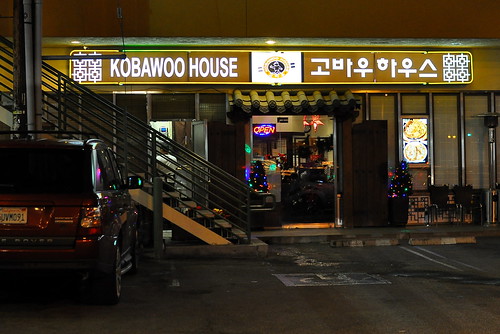 A few days before leaving town for the holidays, The Astronomer and I met up with a group of friends for a weeknight dinner at Kobawoo House, a porky palace that’s been around since 1983. I get the shakes when I go too long without a meal in Koreatown, so it felt damn good to be back in the land of kimchi and all-you-can-eat meat this evening. 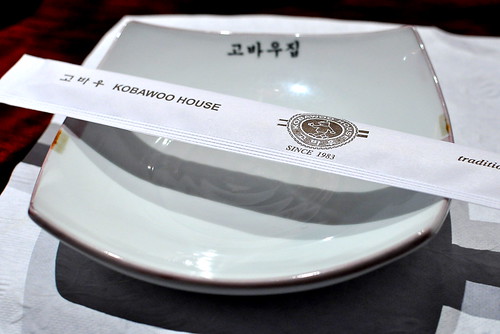 Due to the restaurant’s popularity, layout, and capacity, our party of 12 could not be seated for a solid 45 minutes. Additionally, we were split between two tables. This place isn’t great for big groups, but with the promise of pork belly to come, everyone remained in high spirits. 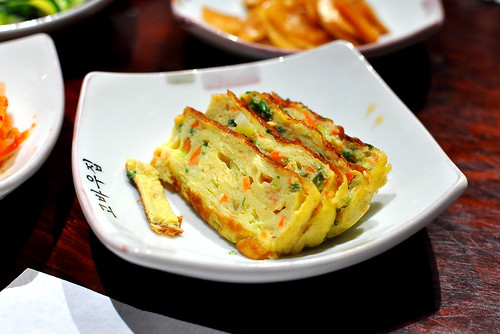 As soon as our butts hit the seats, hot tea and an array of simple banchan arrived at the table. My favorite of the bunch was the green onion-specked omelet, which was served cold. We requested a second helping of it because one slice per person just wasn’t gonna cut it. 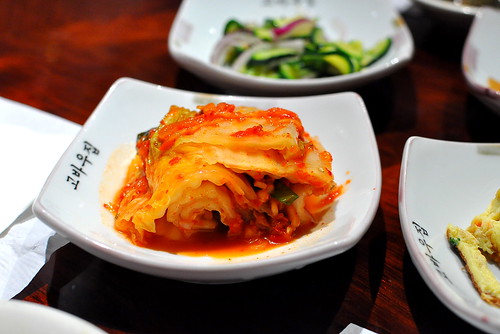 As expected, the stack of kimchi packed a pungent punch. We reserved most of the spicy and fermented cabbage to be consumed with later courses. 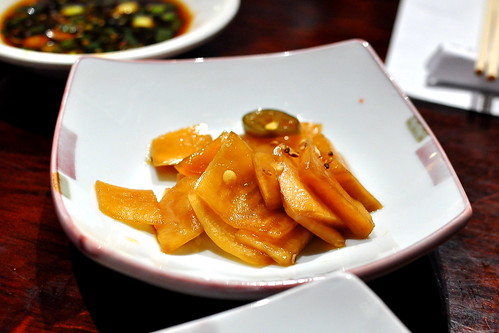 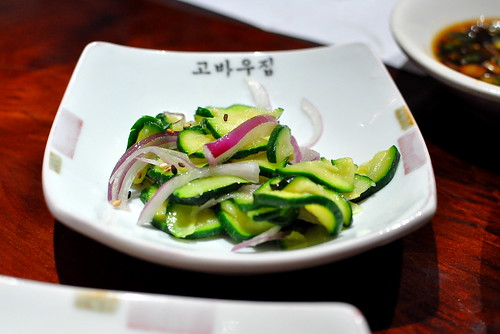 …as were the vinegar- and sugar-marinated cucumbers with red onions. 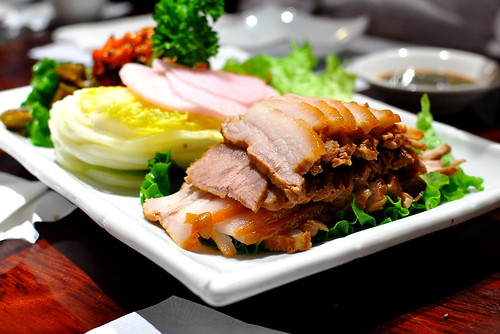 The star at Kobawoo House is the bossam ($16.99), a platter of pork belly that’s wrapped in slices of radish or salted Napa cabbage and accented with marinated radishes, kimchi, or jalapenos. There’s also a soy-based dipping sauce served on the side for additional zing. It’s a do-it-yourself dish that’s as fun to construct as it is to eat. 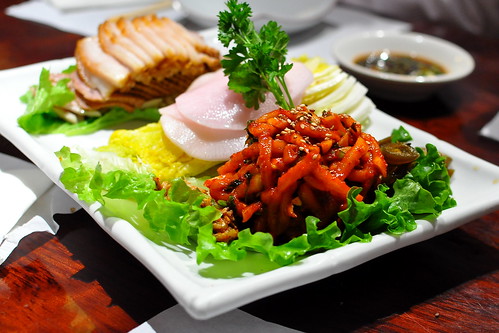 Kobawoo’s bossam brought a landslide of flavors and textures with every bite. The pork belly struck a swell balance between meaty and fatty, while the vegetables held everything together tidily. My favorite garnish was the snappy and spicy gochujang-smothered radishes. 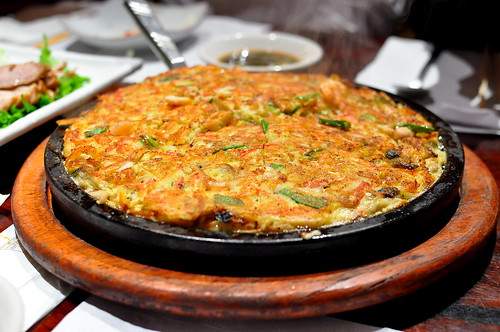 To supplement the bossam, we shared an enormous seafood-stuffed pancake called haemul pajun ($14.99). Packed with chives and octopus, the haemul pajun was crisp on the outside and tender within. A simultaneously salty and spicy dipping sauce kicked the pancake up several notches. 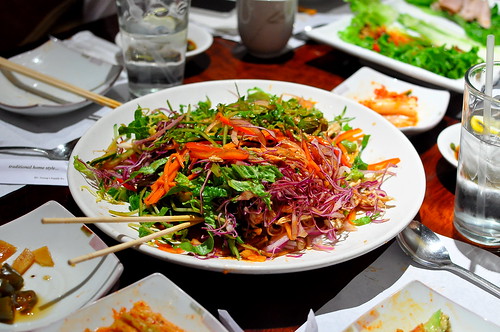 We also shared a serving of jang ban guk su ($14.99), a dish of clear acorn noodles tossed with herbs, julienned vegetables, and a spicy-sweet dressing. 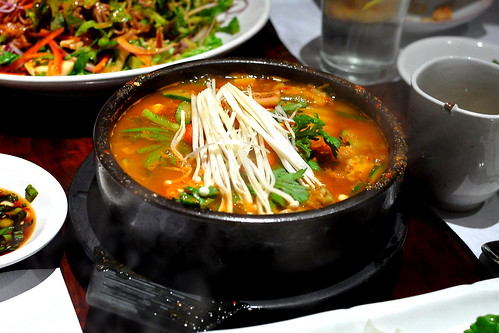 And just to be positively sure that everyone at the table waddled out of the restaurant, we shared a steaming claypot of hae mul thang ($13.99). The seafood soup, which some poured atop hot purple rice, warmed our bellies completely.

After spending most of my meals in Koreatown at either scruffy pubs or smoky barbecue pits, it was a terrific change of pace to visit a homey establishment like Kobawoo House. I hope to try making a bossam feast at home sometime soon. Doesn’t this recipe sound amazing?

There’s more to eat in Koreatown: