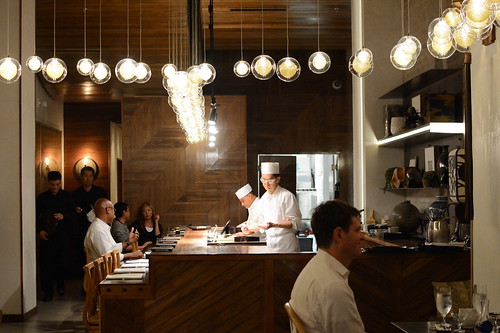 I had the pleasure of dining with my mom at Q Sushi a few Fridays ago. She’s been taking care of June while The Astronomer and I are bringing home the bacon, so this meal was a small token of our gratitude. Bà Ngoại is the best! 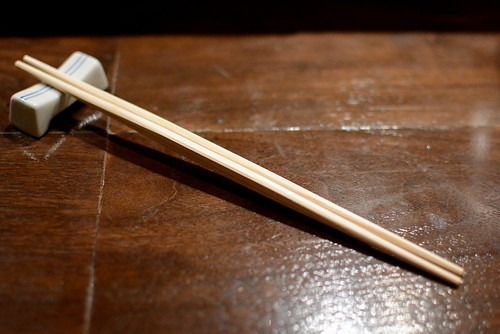 Chef Hiroyuki Naruke, who ran a six-seat sushi bar in Tokyo’s Roppongi district prior to relocating to Los Angeles, serves a hyper-traditional, omakase-only sushi experience at Q. I am a total purist when it comes to sushi, so I knew that Q and I would get along swimmingly from the start.

Priced at $165 per person, the omakase typically begins with a slew of tsumami (small appetizers), followed by a perfectly orchestrated parade of sashimi and nigiri sushi courses. All in all, it’s a 2.5 hour feast comprised of 20 or so courses that passes by much too quickly. 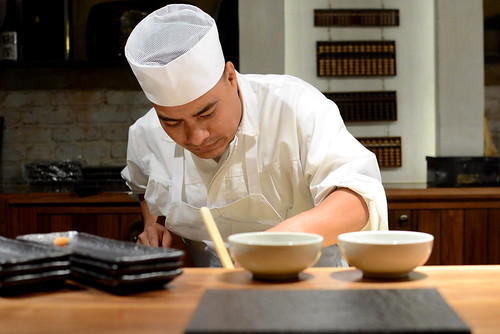 Taking care of Mom and me this evening was Chef Rui. He seemed a bit chattier than Chef Hiro, which was a good thing, because I had plenty of questions up my sleeve (per usual). 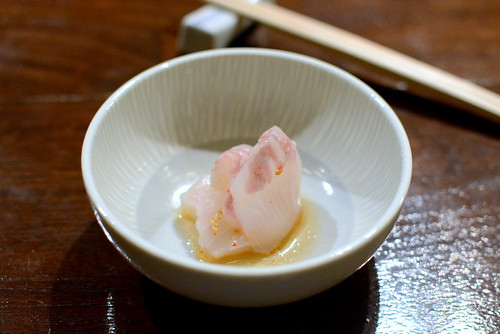 The omakase started off with South Korean fluke in a light dashi vinaigrette. 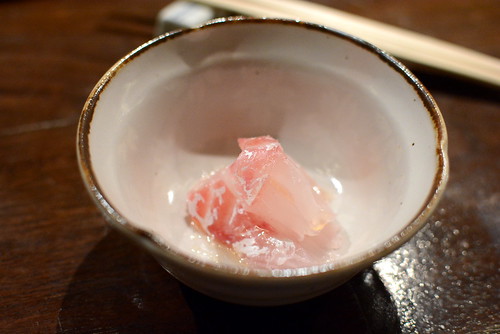 Then came slivers of red snapper elevated just so with a touch of shrimp oil and sea salt. 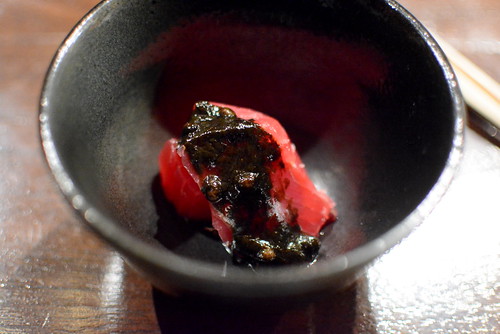 Wild Blue Fin Tuna, perfectly pink and pristine, was topped with a most unique soy sauce infused with seaweed and sansho, a mild Japanese peppercorn. 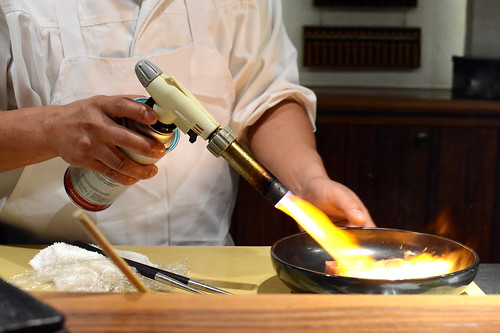 The final tsumami required the use of a butane torch… 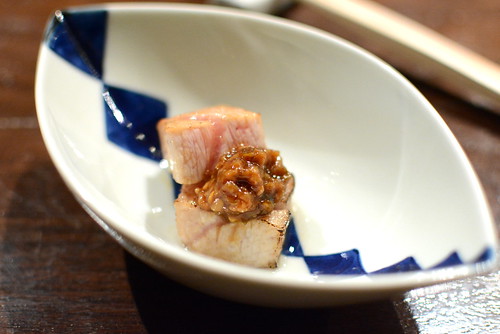 Rui carefully seared the gorgeous pieces of toro (fatty tuna), adding a smoky and caramelized touch to the flesh, and garnished them with a flavorful paste made from fermented shishito peppers to finish. This flame-licked preparation was definitely one of our favorite courses of the evening. 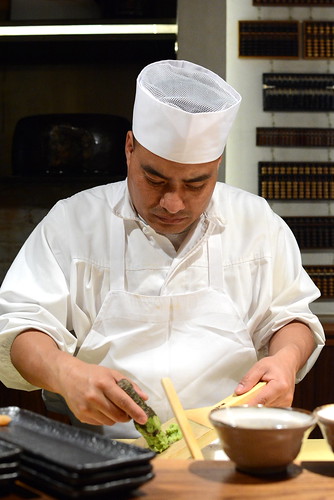 To signal the start of the sushi and nigiri courses, Rui grated fresh wasabi using shark skin that was attached to a wooden paddle. Also on hand was homemade pickled ginger from the Fiji Islands to cleanse our palates in between bites. 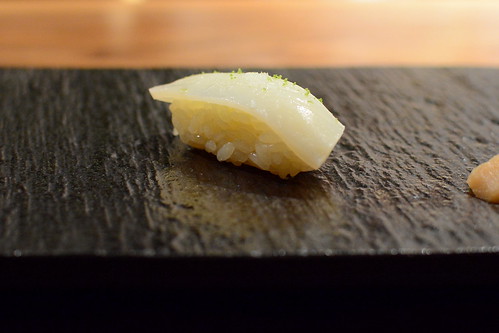 Comprised of just rice and fish, Q’s sushi is deceptively simple. However, the attention paid to each element is quite intense. The rice is grown in Japan and expertly marinated with red vinegar and sea salt. Chef Hiro “employs varied techniques to coax optimal flavor profiles from the fish, including aging, curing, and adjusting temperatures just before serving,” according to the restaurant’s website.

The first piece of sushi featured Bigfin Squid with a pop of lime juice, lime zest, and salt… 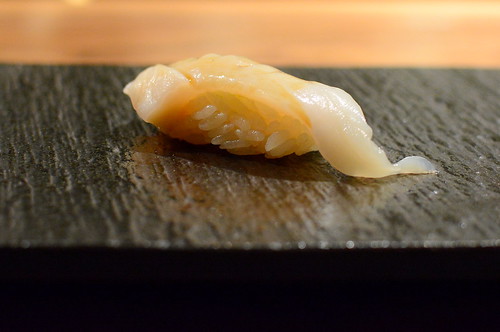 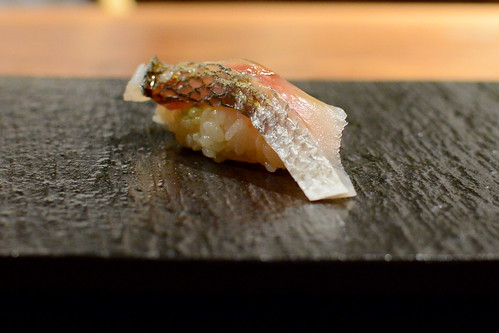 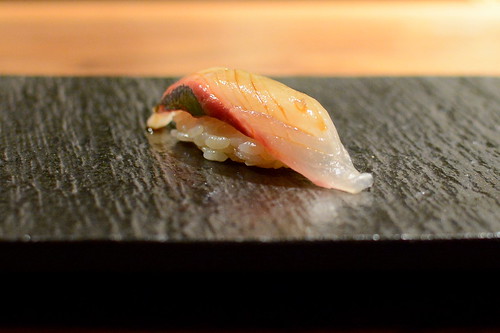 …and Shima Aji from Japan with house-made soy sauce. 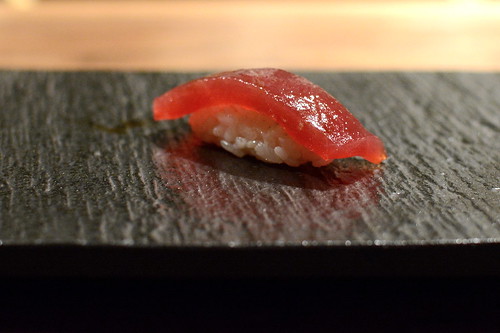 The next progression of sushi featured a trio of Blue Fin Tuna from Boston. First up was a glistening cut of the leanest grade, akami… 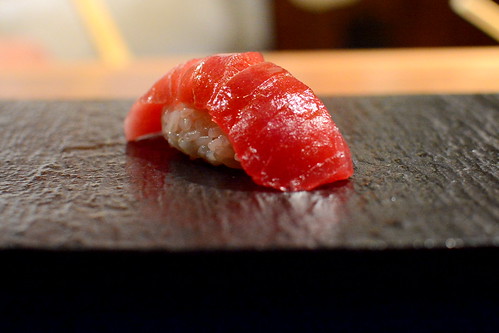 …which was followed by the downright luscious chutoro, medium-fatty tuna… 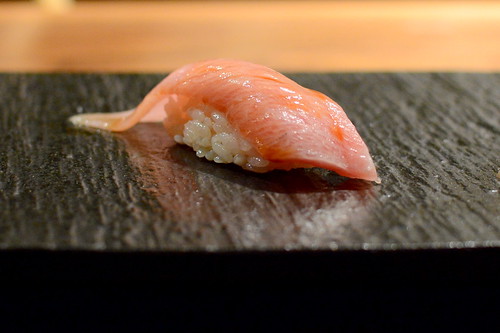 …and finally, a well-marbled mouthful of otoro that was fantastically perfect in every way. 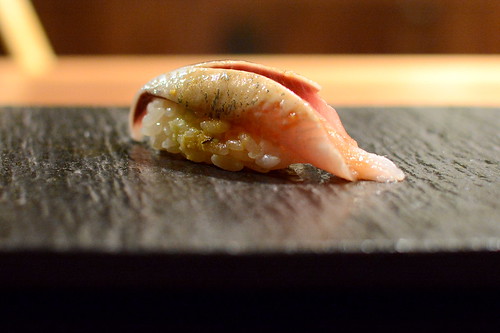 Otoro is a very tough act to follow, but the fresh Japanese sardine really came through with its firm flesh and wonderfully assertive flavor. 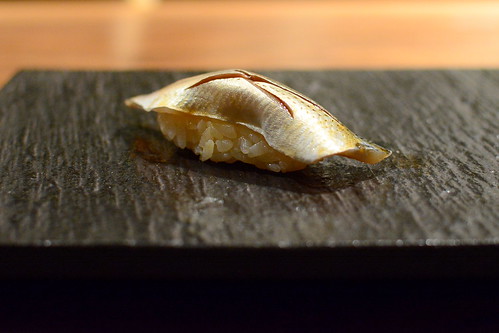 Hitting a similarly forward note was the kohada, pickled and cured gizzard shad. 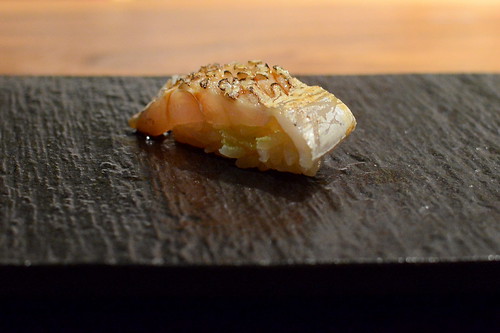 Torched just so and treated to a touch of fresh lemon juice, the Japanese belt fish was a smoky delight. 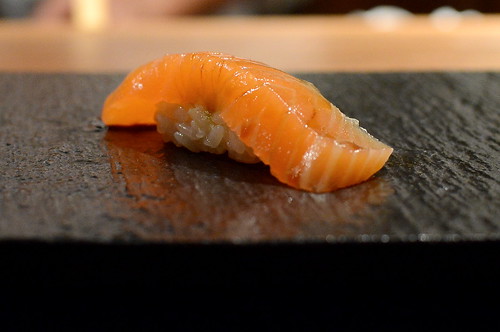 The kelp-cured Scottish salmon had a buttery way about it… 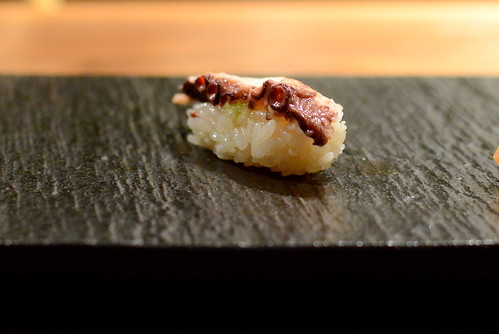 …while the white wine-braised octopus surprised and delighted with its toothsome texture. 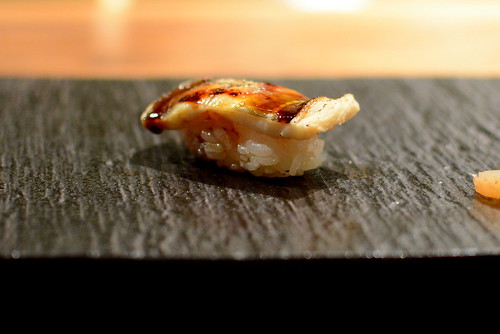 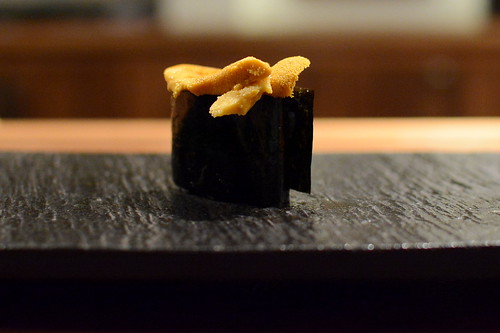 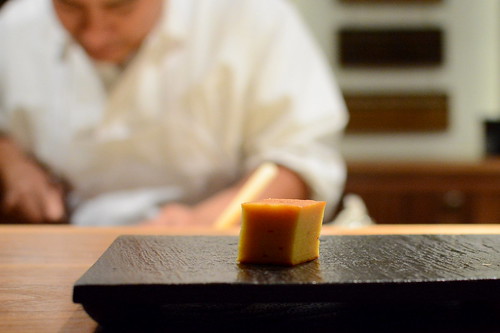 The omakase concluded with a sweet and briny piece of tamago made with 60% bay shrimp, according to Rui. 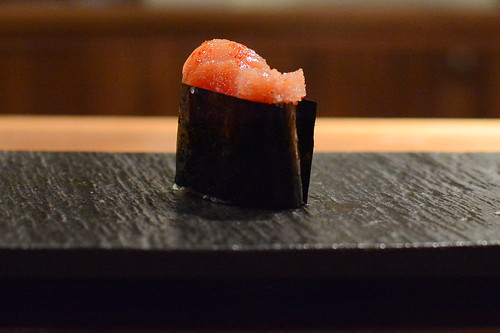 Not ready for the fun to end just yet, we ordered two additional pieces. The first was cured mentaiko with fresh lemon juice ($12)… 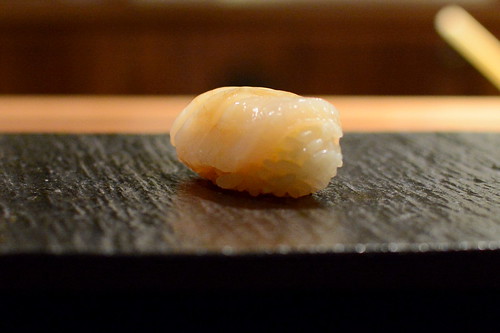 …the second was fresh scallop ($12). Both were treated to slightly too much wasabi, unfortunately.

While dinner at Q is too pricy to be a regular indulgence, it is a fabulous treat when the occasion calls for it.

Thanks for everything you do, Mom!