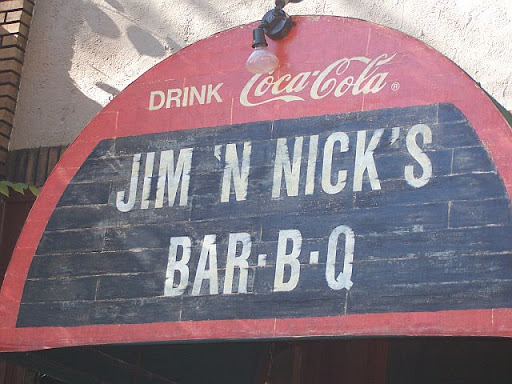 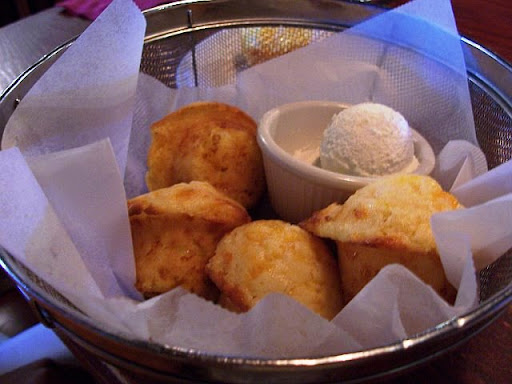 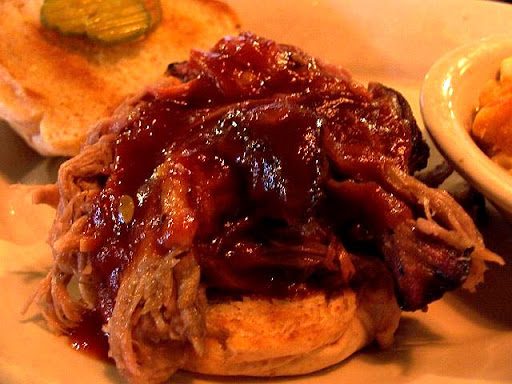 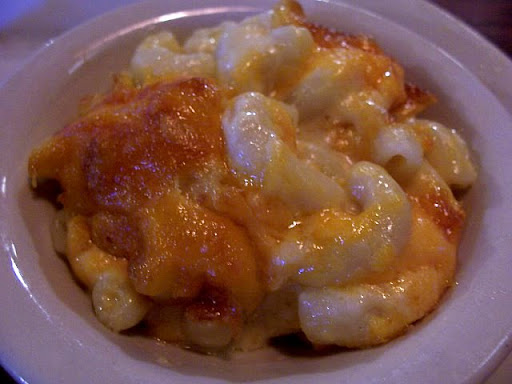 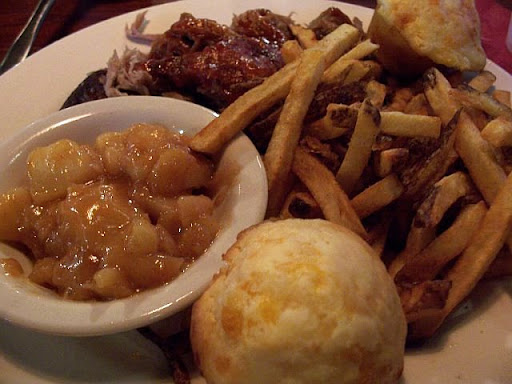 Astronomer: Jim ‘N’ Nick’s is probably the one restaurant in Birmingham that I visit every single time I go home. My BBQ cravings are seldom satisfied in the northeast, and nobody in Alabama can match Jim ‘N’Nick’s for the total BBQ experience. My friends and I love it so much, a bunch of them got jobs there.

Appetizer:
Gastronomer: We started off our meal with a half dozen cheese biscuits. I’m not sure how they got their name since they are most definitely muffins, but when something is SO tasty it doesn’t really matter. It’s hard to describe exactly why these biscuits are so delicious. They’re warm, crisp around the edges, moist within, sweet, and slightly cheesy. These little gems are heavenly. 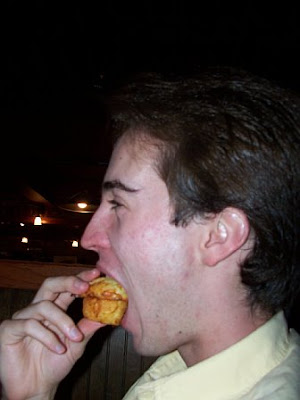 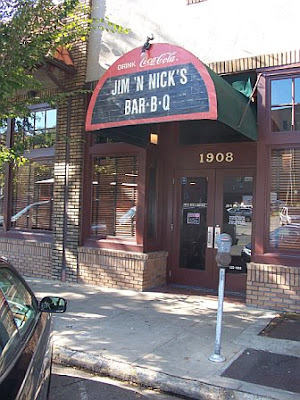 Astronomer: I was considering skipping the usual extra order of cheese biscuits in order to save room for the rest of the meal, but the Gastronomer helped me see my foolishness, so we went for it. Thank goodness. The cheese biscuits were amazing as always–the perfect concoction of soft, slightly sweet, somewhat cheesy deliciousness. Two more cheese biscuits came with my main course, bringing me to a total of 5 on the day. Mmmm…

Entree I:
Gastronomer: For my entree I ordered the pulled pork sandwich with a side of mac and cheese. I also requested some extra BBQ sauce since I’m a saucy girl. The sandwich came with a heaping portion of pulled pork, a bit of sauce, and two pickles. The meat was perfectly moist and flavorful and the sauce was sweet and tangy. The pickles added a great contrast. The mac and cheese was mushy in that southern kind of way, creamy and delicious. Until my next visit, I’ll be dreaming about pulled pork and cheese biscuits.

Entree II:
Astronomer: For my entree I ordered my staple, the pulled pork platter with fries and cinnamon apples. The Gastronomer scoffed at my choice of sides, but I finished the meal delightfully satisfied. Whether or not they are a true southern classic, I maintain that Jim ‘N’ Nick’s fries go extremely well with barbecue. Like most of the BBQ places in Alabama, Jim ‘N’ Nicks has a unique sauce that really sets them apart. I have no idea how to describe its subtleties, but it’s awesome. The cinnamon apples are always a nice closing to the meal once I have stuffed myself on meat. As often happens on this sort of outing, neither of us had any room for dessert.