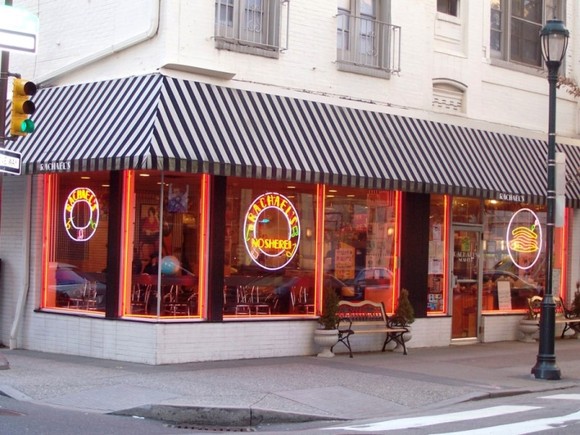 Ricky and I hit up Rachael’s for lunch. I like to refer to this deli as the Astronomer’s ex-Girlfriend’s Restaurant. Ha!

Ricky had the Hickory Dickory sandwich, hey, that sort of rhymes. He thought the presentation was lacking, but the sandwich itself was very tasty. Possibly even tastier than his sandwich from Paninoteca, but he is not certain.

My bagel was perfectly toasted and smeared with a good amount of cream cheese. I like toasted bagels, but I hate melted cream cheese. What a conundrum.

I’d like to return to Rachael’s for some real Jewish fare, like matzo ball soup and knishes.