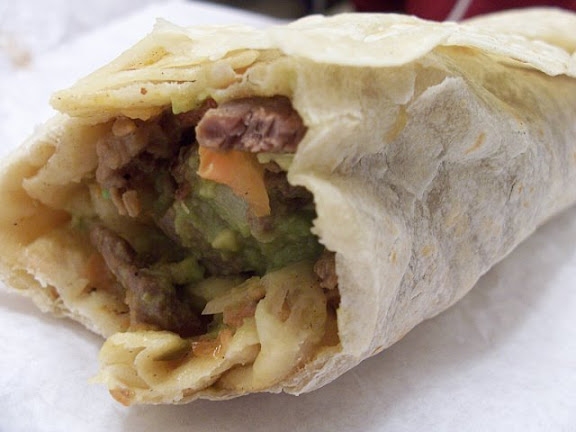 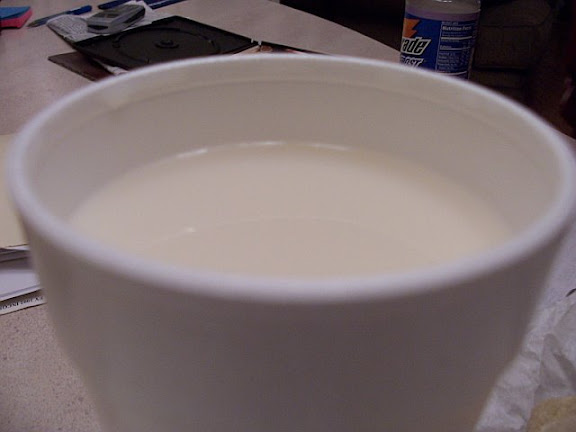 While Filiberto is my Mexican fast-food standby in La Mesa, Cousin Michael recommended the Astronomer and I try Nacho’s for great carneasada burritos. We took his advice and headed to Nacho’s after the Chargers suffered a devastating lost to the Patriots.

We ordered a burrito and a horchata to share. Cousin Michael was right, the carneasada burrito was excellent. The tortilla was warm and the meat was very flavorful. There was just enough guacamole to keep things interesting; too much meat and tortilla can get boring fast.

The horchata, which is rice milk flavored with cinnamon, was great as well and SO refreshing. I wish Horchata was more readily available on the East Coast. Even though I normally don’t drink my calories, Horchata is the worthiest exception.