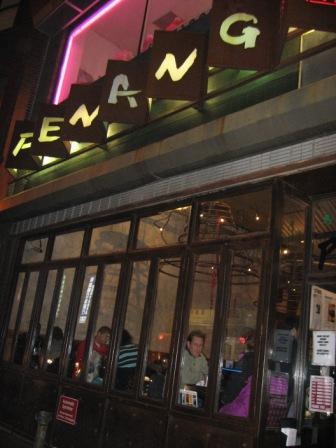 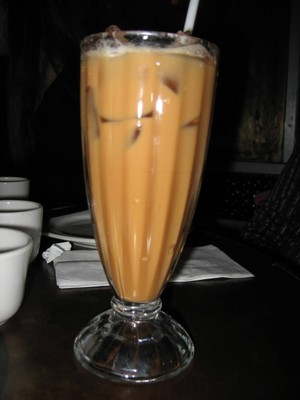 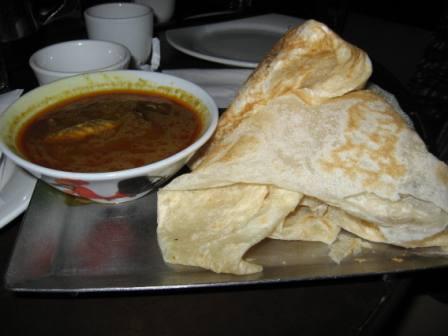 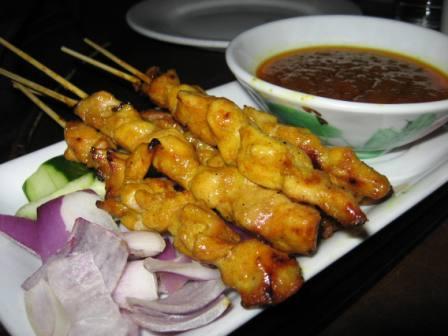 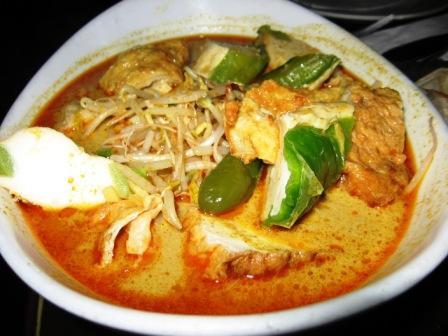 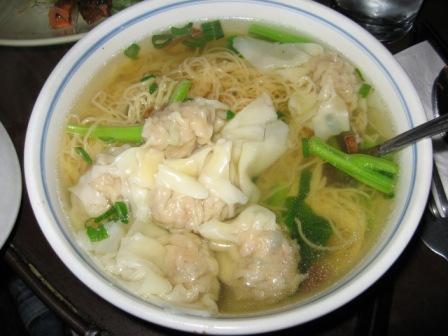 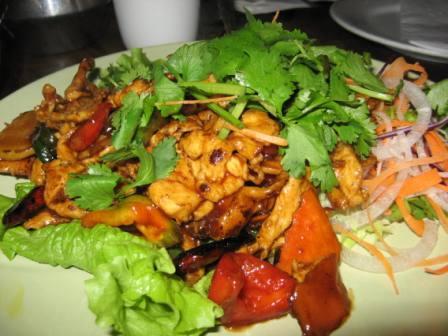 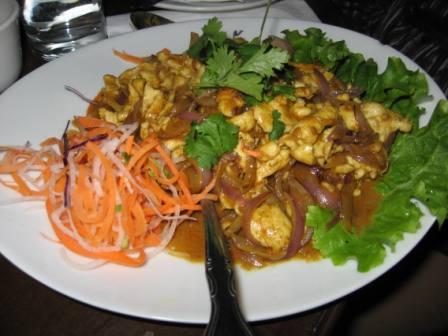 Malaysian food is literally all over the map. The flavors and ingredients of Thai, Indian, and Chinese cooking influence the cuisine at every turn.

I visited Penang with three former cross country teammates on a brutally windy evening. The restaurant was loud and bustling, but luckily we were seated quickly. Tara ordered a Malaysian Iced Tea to start. It was more or less a Thai iced tea, but lighter in color and slightly less sugary. Tara appreciated the subtle sweetness.

Tara and I both chose the Roti Canai for appetizers, while Molly had the Chicken Satay. Melina did not receive the memo that appetizers were in order so she helped us with ours, which was good because the portions were hefty. Tara and I thought the Roti Canai was flavorful and delicious. The “pancake” tasted like a paper-thin naan and served as a great, although messy, vehicle for the curry. Both the pancake and curry were a bit on the oily side, but nevertheless very tasty. The Chicken Satay was also good; the peanut sauce enhanced the dish’s overall flavor.

For my entrée I ordered the Curry Mee because nothing warms me up quite like a noodle soup can. The portion was very generous and the flavors were familiar, yet foreign. The lemongrass and coconut curry broth was spicy as curry was the dominant flavor. The rice noodles were hearty and fun to slurp. The tofu was fried and thus absorbed the broth beautifully. The minced shrimp and fish meat were tasteless and wrapped in some bitter greens. The soup was topped off with fresh bean sprouts. Overall, I thought the dish was decent, but lacked a strong central flavor.

I had a small piece of Tara’s Penang Kari Ayam. It was good, but not exceptional. Tara wished the dish was spicier. Molly thought her Wonton Mee was very similar to Chinese wonton noodles, but with a saltier broth. Melina found her Masak Chicken too spicy.

Penang was my first introduction to Malaysian food. While I have yet to develop a great affinity for the cuisine (Vietnamese is still tops), I enjoyed the dishes at Penang very much despite their generous employment of oil. 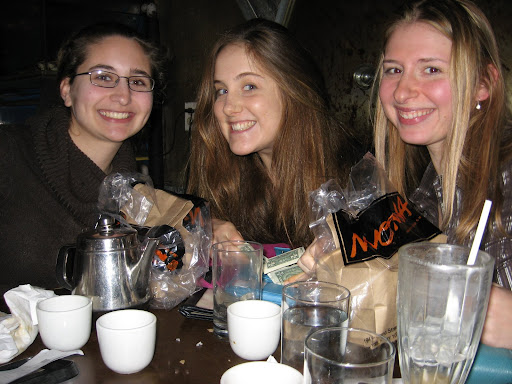