I know I’m not from Boston, but the only way to properly describe The Astronomer’s metabolism is “wicked.” He consumes roughly 4000 calories daily and weighs a mere 140 pounds. Impressive? I think so. In order to maintain his body weight, The Astronomer must constantly snack. We stopped by the Metropolitan Bakery while strolling in Rittenhouse Square to pick up some calories for the bottomless pit. 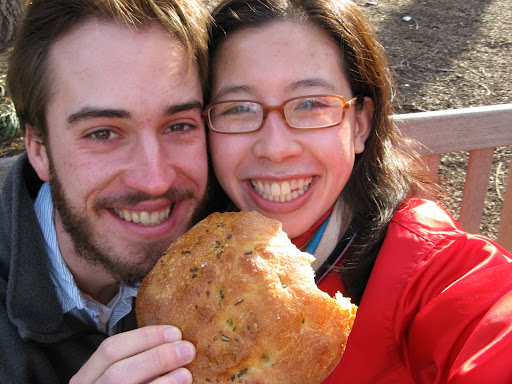 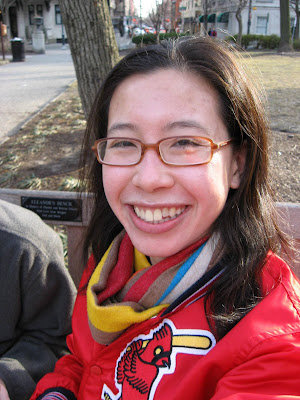 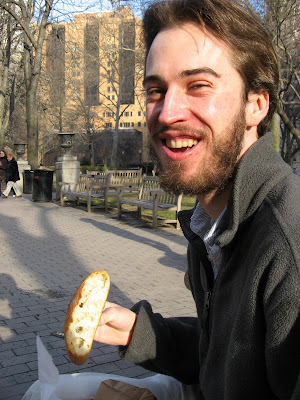 After perusing the gorgeous baked goods, The Astronomer settled on the Rosemary Foccacia. The foccacia was not shaped like traditional foccacia–it was round and bulbous rather than flat and square. Also, the outter texture was much tougher than standard faccaia. The bread reminded me of the pizza crust from Pizza Hut (in sort of a sort good way) and not the least bit rosemary flavored. The foccacia tasted decent enough, but not at all what we were reasonably expecting. 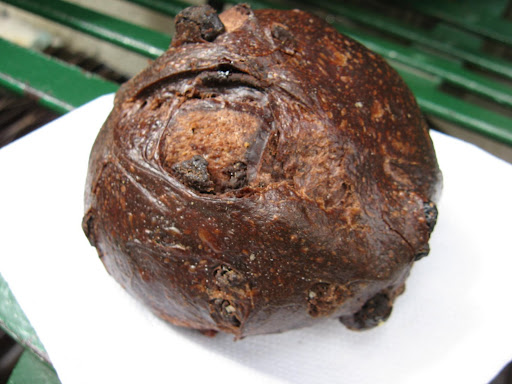 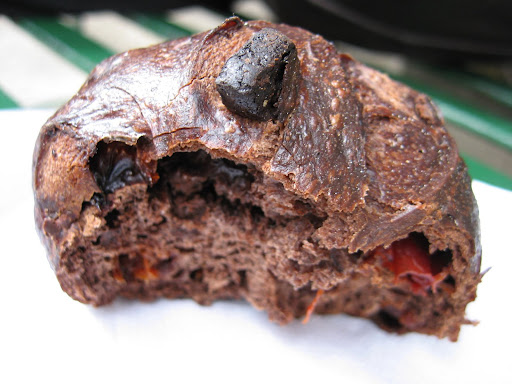 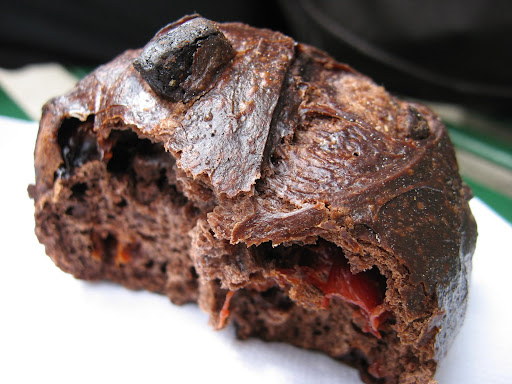 I decided to give the Metropolitan Bakery another go after a mediocre foccacia experience. At the suggestion of a few readers, I tried their signature Chocolate Cherry Bread. Although I wanted to love the bread very much, it just didn’t suit me well. The tart cherries combined with the sweet chocolate was too extreme for my tastebuds. On a positive note, the bread was moist and the chocolate and cherries were plentiful.

With so many bakeries around, I may be ready to give up on the Metropolitan Bakery.