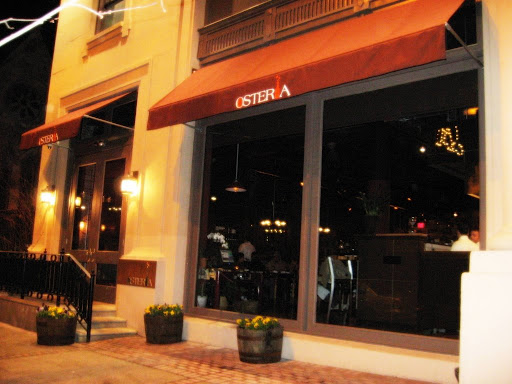 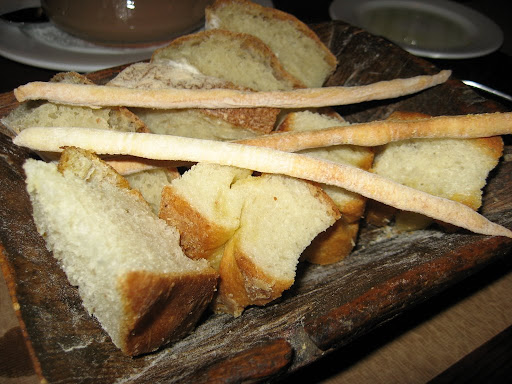 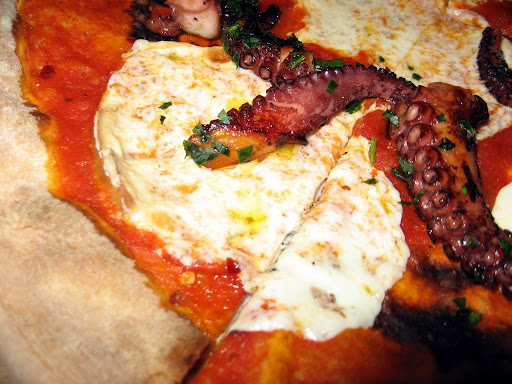 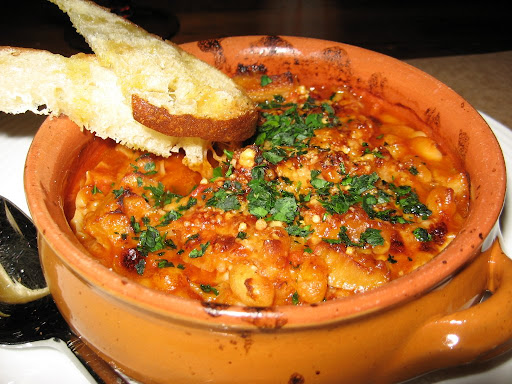 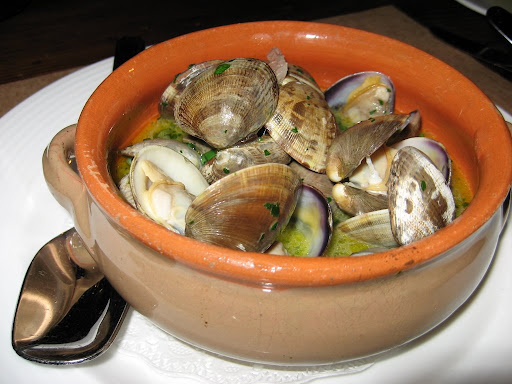 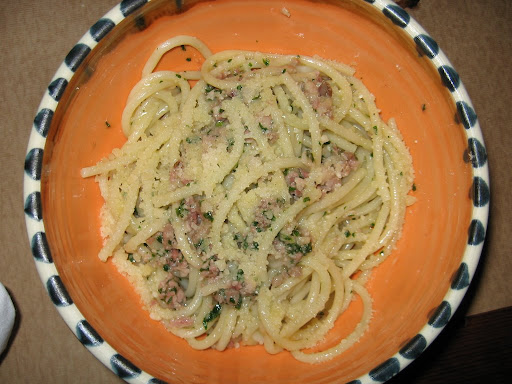 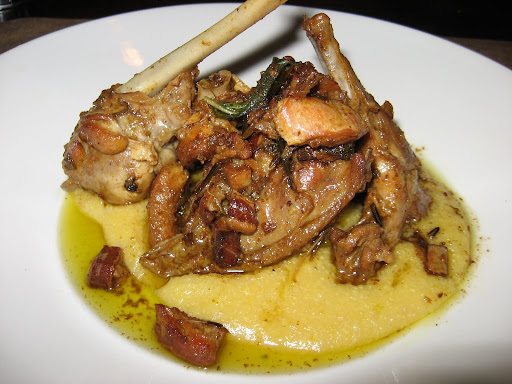 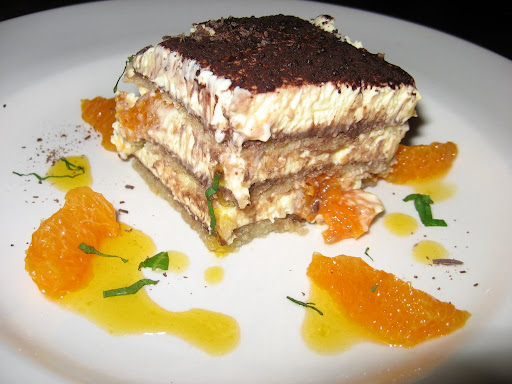 The Astronomer, Luscious, and I trekked up North Broad last week to try Marc Vetri’s much anticipated new restaurant, Osteria. The space was immense compared to the shoebox-sized eateries in Center City. We were seated near the front next to the host and bar. For a Tuesday night, the restaurant was packed (minus the bar), but not too noisy.

Since it was our first visit, we weren’t sure how much food to order. Seeking advice from our waitress, she suggested that we each order an antipasti, primi, and secondi, but that seemed a little excessive (and expensive). In the end, we opted to eat family style and shared one pizza, two antipasti, a primi, a secondi, and one dessert. It was just the right amount of food for three kids who love to eat.

We knew we were in for a treat because the complimentary breads served with olive oil were excellent. The Ciabatta soaked up the olive oil like a sponge, the Focaccia was doused in oil beforehand and melted in our mouths, and the breadsticks were classic.

The Polpo pizza was the first dish to arrive–the thin crust, melted fresh mozzarella, and flavorful octopus rocked our worlds! None of us had ever had such a mind-blowing pizza experience before. The Polpo is definitely tops!

With such an incredible start, it was difficult for the subsequent dishes to compete with the spectacular Polpo. The tripe was the next to arrive. Unlike me, the Astronomer and Lush are not huge fans of stomach lining. I’m most familiar with eating tripe in a bowl of phở and was looking forward to the Italian preparations. The tripe tasted as though it had been stewing for hours because it was incredibly delicate and not at all chewy. The tripe and cannellini beans were served in a lovely marinara sauce with cheese sprinkled atop. The sturdy crostini was a great vehicle for the tripe. However, the texture of the beans was too harsh when paired with the tripe.

Lush and The Astronomer focused on the Manilla Clams with guanciale and scallions while I was enjoying the tripe. Both agreed that the clams were decent, but unspectacular and the broth was wonderful with some bread. Overall, the dish was very ho hum.

The pasta and rabbit were brought out together. Initially The Astronomer thought the rabbit was delicious, but as the meal progressed the salty meat became less appealing. Lush agreed that the rabbit was overly salty. Since I was stuffed at this point, I only had a few bites and thus the salt didn’t overwhelm me as much. The rabbit rested in a pool of oily polenta that turned us off a bit and the pancetta looked unappetizing sitting in a bath of oil.

The Bucatini with Testa (pig’s head) Ragu was respectable. The pasta was made in house and the testa tasted like sweet bacon. The Astronomer really liked this dish. Lush and I thought it was good, but paled in comparison to the Polpo. Perhaps the pizza should have been brought out last so that the other dishes could have been given a fair shake.

For dessert we shared the Tangerine Zuppa Inglese. Our final courses were so buttery and salty that the refreshing citrus “tiramisu” really hit the spot.

I very much wanted to love Osteria because of Vetri’s reputation, but wasn’t thrilled by most of our selections. The next time I return, I’ll order the Polpo and tripe and call it a day.