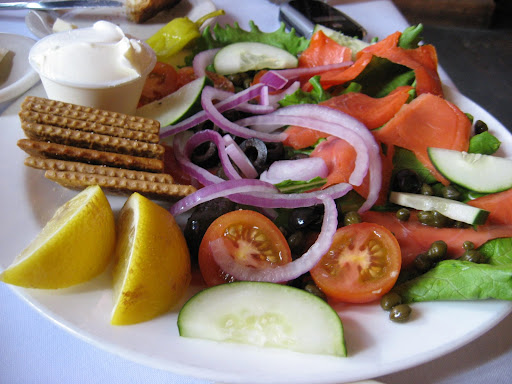 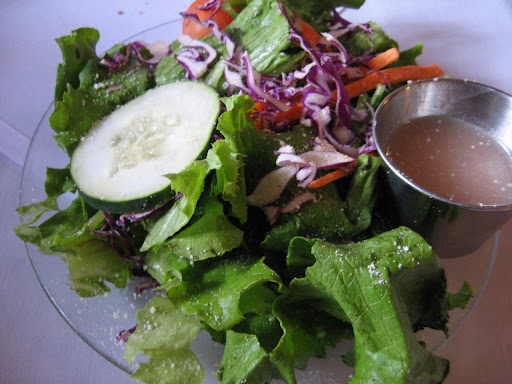 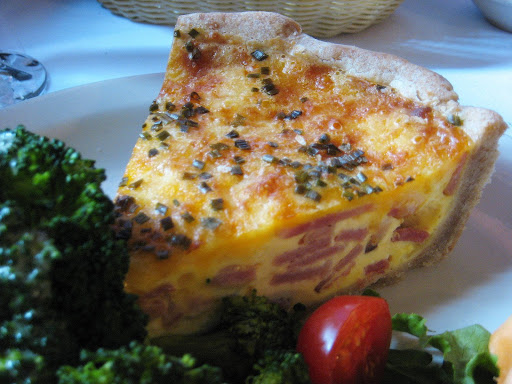 Entree I: Quiche Lorraine – The Pecan Street Favorite made with ham, scallions, and an abundance of Swiss cheese ($8.95) 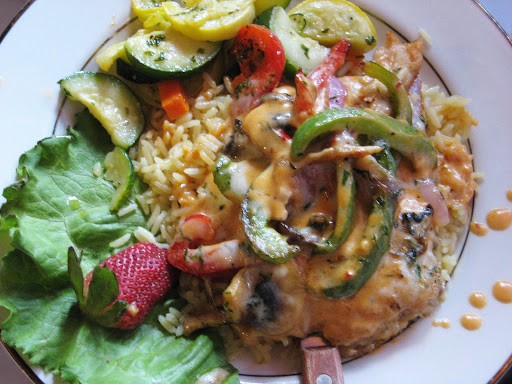 Before we left Austin, my colleague Josh and I wanted to see the famed 6th Street—home to rowdy bars, stained sidewalks, and underage drinking. The selection of eats on 6th Street isn’t stellar and consists mostly of pub fare, Tex-Mex, and a random crêperie flying the French flag. We settled on The Old Pecan Street Cafe because their menu had the most variety and we were in the mood for different foods. By the way, a little research on Wikipedia has revealed that the restaurant is named for the Old Pecan Street Spring and Fall Arts Festival, a bi-annual public event held every spring and fall in Austin. Neat!

Josh and I shared an uninteresting smoked salmon appetizer. The salmon was respectable, but the accoutrements (caper, onions, sour cream, etc.) didn’t pique my interest. Ever since feasting on Perrier’s incredible house-smoked salmon last winter, I’ve been obsessed with the stuff and order it whenever available. But after this unfortunate experience I will hold out for Perrier’s smoked salmon because the lesser versions are really quite sad.

Both of our entrees came with a salad and fresh baked bread. The salad was simple and delicious, especially after eating lots of BBQ days prior. The bread was also fantastic, Josh said it best when he proclaimed, “there’s something about the bread in Austin.” I agree.

For my entree I ordered the Quiche Lorraine because the menu declared it to be “The Pecan Street Favorite.” The quiche contained plenty of ham and cheese and the texture was smooth like flan. I don’t think there were any scallions in the quiche, but some chives were sprinkled on top. The best part of the quiche was its crust, which was buttery and made of whole wheat flour. Although I like flaky crusts, I like wheat-y crusts even more. The quiche was served with steamed broccoli in a lemon butter sauce and a near-ripe slice of cantaloupe; both were decent.

Josh ordered one of the day’s specials, the Chipotle Chicken. The dish had a Tex-Mex flare that Josh appreciated.

These days when I eat out, I do a lot of research to find the perfect place. The Old Pecan Street Cafe was a pretty good find for not having done any prior investigative work.