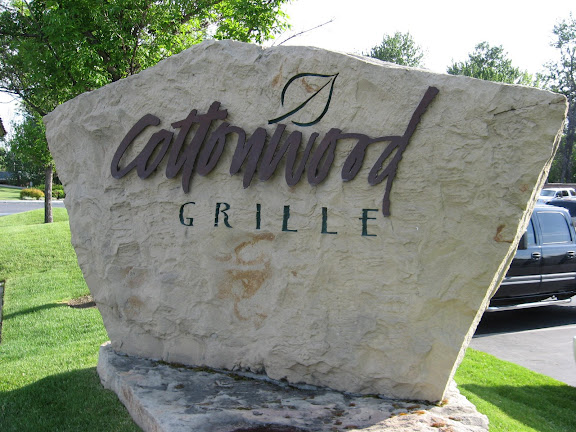 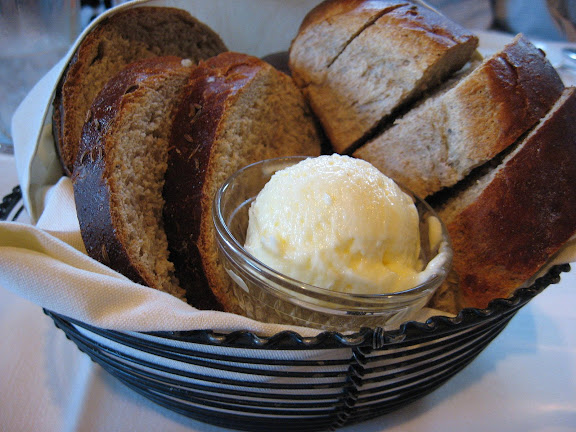 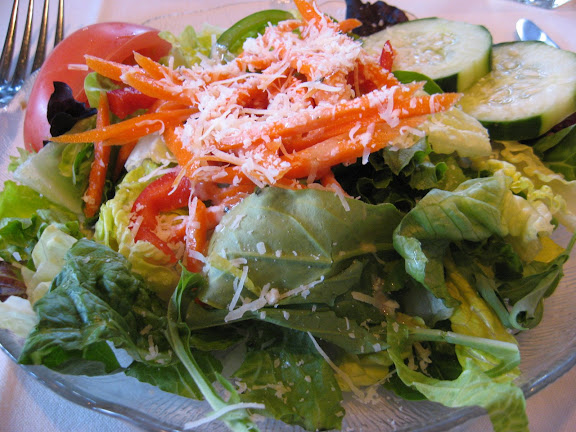 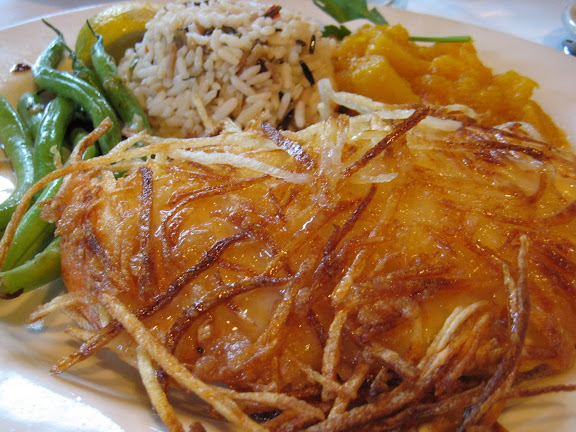 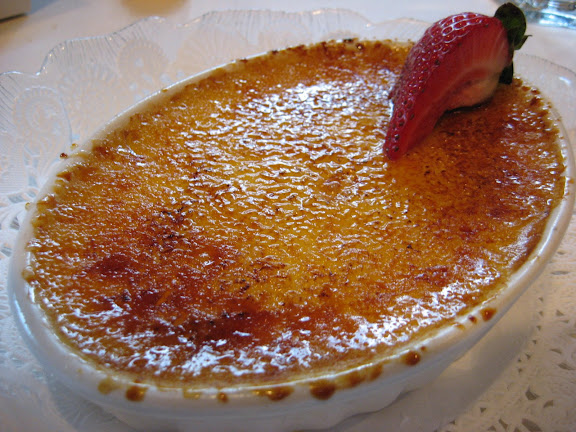 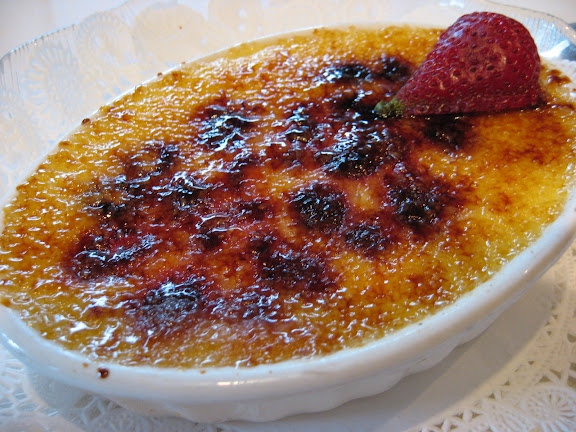 Just three days in Boise and I’m totally infatuated with the place. It turns out I’m a sucker for cities with great running terrain, dry heat, and friendly people.

For my final meal in The City of Trees, my colleagues and I dined at The Cottonwood Grille—a local restaurant serving up “Contemporary Northwest Cuisine.” The bill of fare includes pastas, vegetarian options, prime beef, chicken, pork, and fish, but due to our large group (30+), we were limited to a smaller menu.

For appetizers, we had a choice between a Caesar salad and mixed greens; I went with the mixed greens. The salad was composed mainly of Romain lettuce with a few spinach leaves, julienned carrots, cucumbers, and tomatoes. The vegetables were fresh and the vinaigrette achieved a perfect balance of acidity and oily, which is more difficult than it sounds.

Our main course choices were steak, seafood linguine, salmon, chicken, and a vegetarian stir fry with tofu and seitan. After many days on the road, palate fatigue set in and none of the options sounded particularly appetizing. I was initially leaning toward the stir fry because faux meats are fabulous, but was suspicious of the singular Asian-esque dish in a sea of American fare. What is most bothersome about Cottonwood’s menu is their lack of mentioning side dishes. Oftentimes when I’m deciding between different entrees, I take accompaniments into account. I eventually settled on the salmon after much internal debate.

The salmon was better than I expected due to the buttery hash browns seared into its flesh. The tastiest bites included potatoes and lemon beurre blanc, while the bites of plain fish were bland. The salmon was served with green beans, rice pilaf, and butternut squash. The green beans were sauteed in garlic and shallots and were delicious. The rice was unadorned and good. My favorite side dish was the cinnamon-y butternut squash; its sweetness contrasted well with the other elements on my plate.

For dessert, we had a choice between raspberry brûlée and hazelnut cheesecake. I ordered the raspberry brûlée, but was brought a regular brûlée by mistake. I did not realize the error until I could not find any raspberries in my dessert. The regular crème brûlée was excellent. The sugary crust was evenly golden and the crème was luxuriously smooth and contained tiny flecks of vanilla bean. The raspberry brûlée was stellar as well. Wonderfully ripe raspberries were placed into the custard post-baking, but pre-torching. The berries paired amazingly with the crème brûlée.