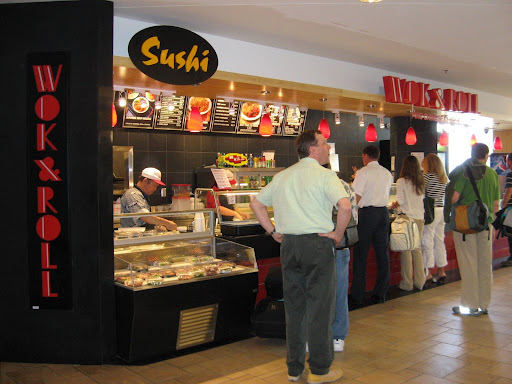 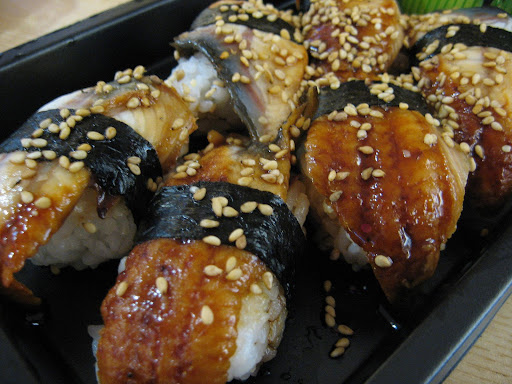 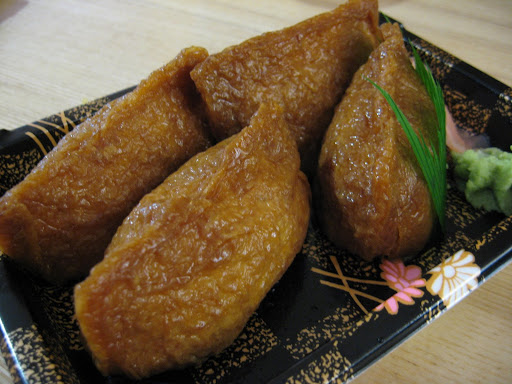 I enjoyed some unexpectedly terrific sushi during my layover in the Minneapolis-St. Paul International Airport coming back from Boise. Chances are slim that I’ll ever have a layover in this airport again, but perhaps some gas•tron•o•my readers travel through this hub more often and can give Wok & Roll a whirl. Regardless, it never hurts to share good eats.

Wok & Roll dishes up Chinese food (hence, wok) and sushi (hence, roll) in terminals C, E, and the main food court. While I generally steer clear of sushi found in malls, airports, or sold next to General Tso’s Chicken, I have a soft spot for Inari and decided to take a chance. 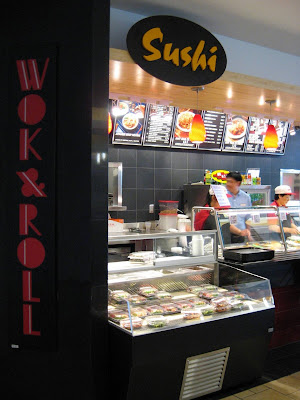 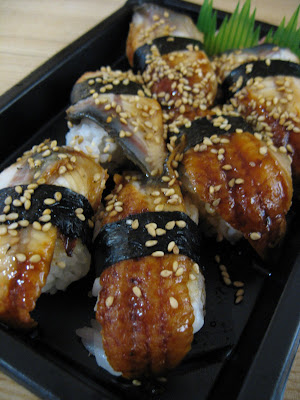 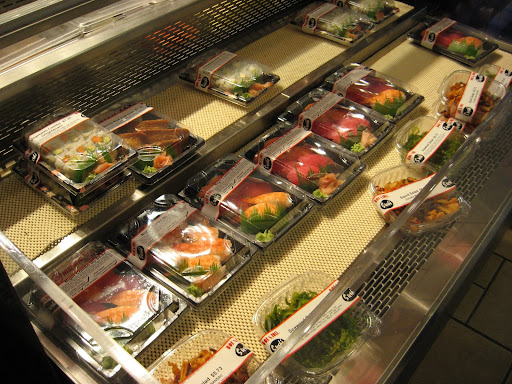 The Inari sushi was just as good as the ones served in full-service Japanese restaurants. The fried bean curd was sweet and the rice was moist and fragrant of vinegar. The Unagi Nigiri was delectable as well. A generous portion of eel sat atop a lightly packed mound of rice. I asked for extra Kabayaki Sauce because the eel looked a touch too dry. Low-end sushi can usually be saved with plenty of soy sauce, but the Inari and Unagi Nigiri were both satisfying on their own.

The prices at Wok & Roll are a bit steep, but the quality is high. It’s good to know palatable sushi can be found in unlikely places such as airport food courts in the Midwest.