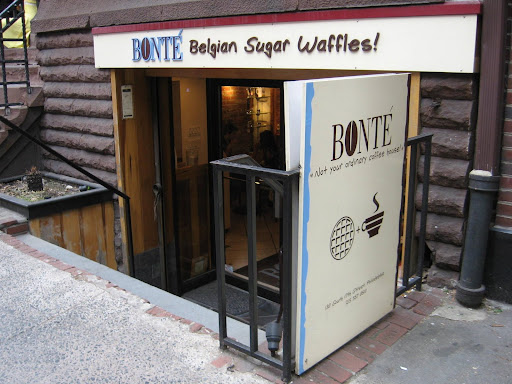 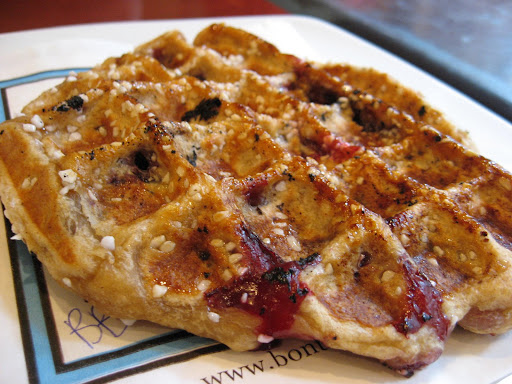 I once read that it takes three weeks to form a habit. If this is indeed true, my Bonté habit is coming along nicely. The Astronomer and I stopped by Bonté’s 17th street location to see whether mixing in some fresh blueberries into an already delicious waffle would bring the treat to a whole new level. Our conclusion? Mixed.

Like the original waffle, the blueberry waffle is made from a dough. Blueberries and sugar crystals are mixed into the dough, squished between a waffle iron, and served piping hot. 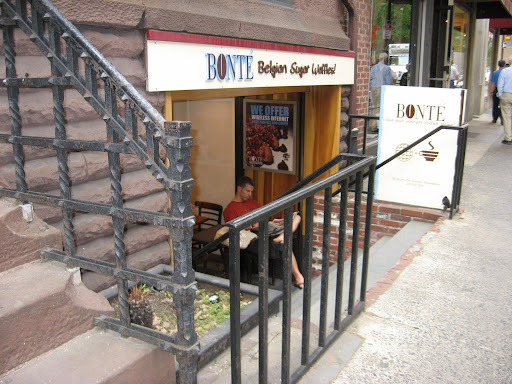 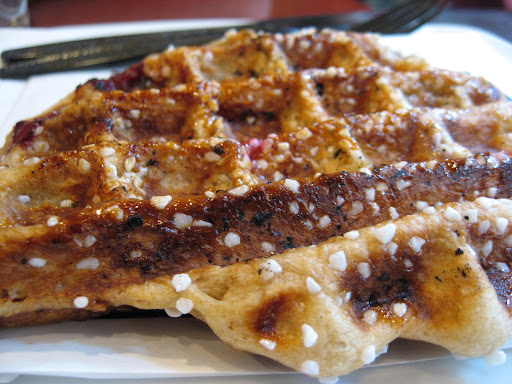 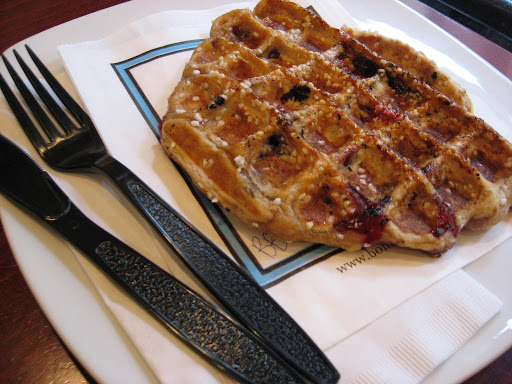 Since I wasn’t really in a snacking mood, I let The Astronomer choose the mix in. He wavered between pecans and blueberries and eventually picked blueberries because he loves berries with all of his heart. I thought the waffle tasted more ordinary with the addition of blueberries. The built in sweetness and flaky texture unique to Bonté’s waffles were subdued by the fruit’s tartness and oozing juice. My mix-in of choice would have been white chocolate because I love my sweets really sweet. While I have yet to try this mix-in, I’m hoping that melted chocolate won’t effect the waffles incredible texture because that would be a shame.

The Astronomer thought the addition of blueberries improved upon the plain even though it masked the waffle’s natural sweetness. Unlike me, The Astronomer likes his sweets a little tart and thus this combination really tickled his fancy. Even though he enjoyed the blueberry waffle more than the plain, The Astronomer highly recommends new Bonté eaters trying the plain first before experimenting with mix-ins in order to get a true sense of a Bonté waffle.

Two locations down, just one more to go…