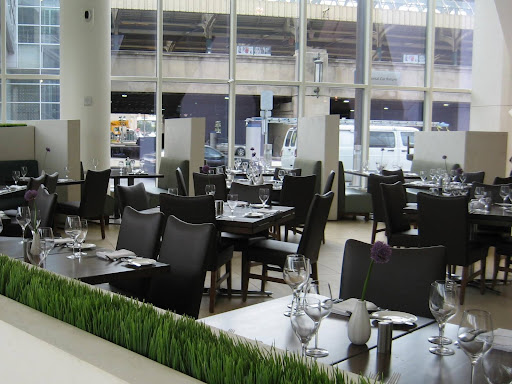 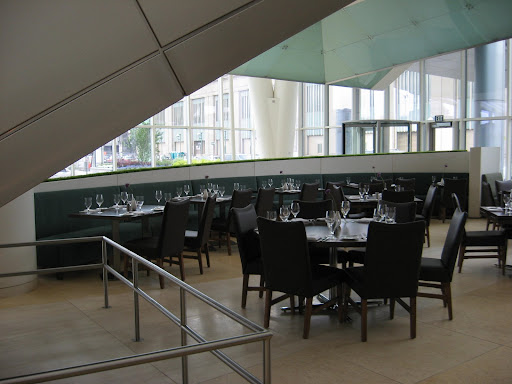 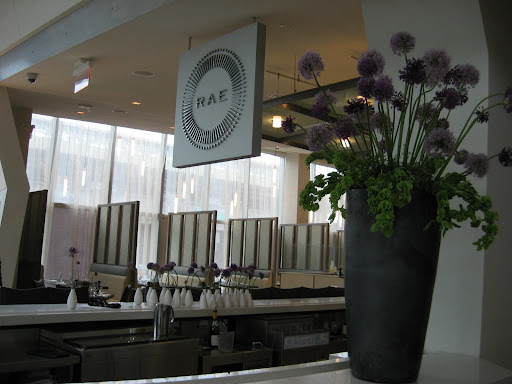 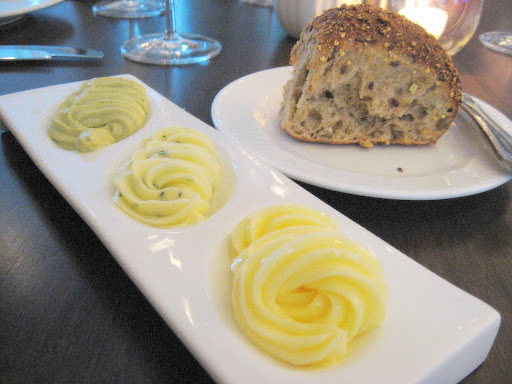 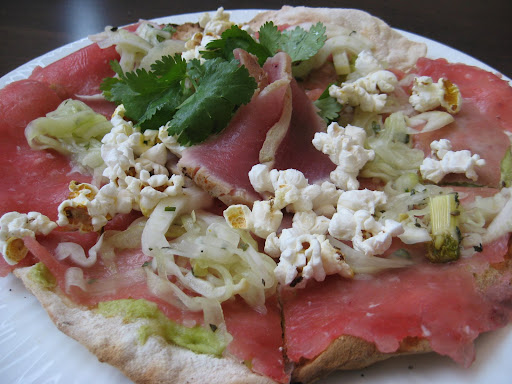 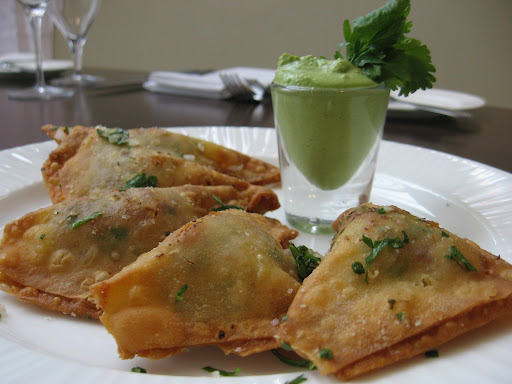 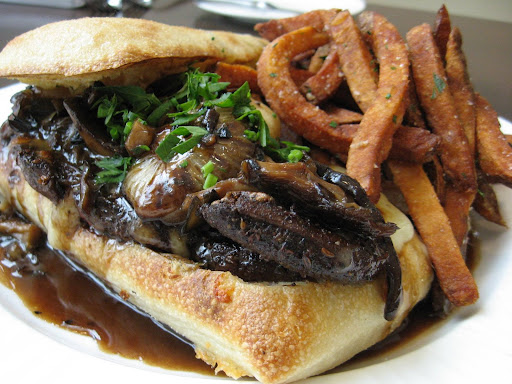 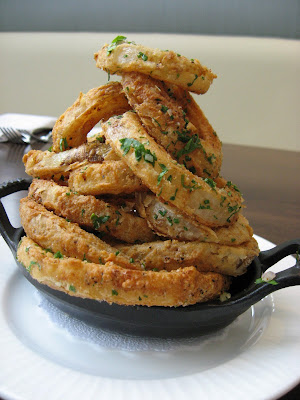 In search of a quiet and romantic dinner on a recent Saturday night, the Gastronomer and I decided to try Rae—the highly praised new restaurant in the Cira Center behind 30th Street Station. Our first impression upon arriving was that the ambiance was, well, strange. Rae is essentially located in the lobby of the building, underneath the escalator and scarcely cut off from the main entrance. The restaurant has several sections, with those in the rear boasting more of the secluded feeling typical of a nice restaurant. We were originally given a table in the center of the front room, but with most of the tables around us vacant and the ceiling several stories above, it didn’t feel right, so we asked to be moved closer to the open kitchen. I can appreciate the desire of Rae’s creators to do something unique and daring with the space, but the end result left me yearning for the cozy confines of Center City’s BYOBs.

Fortunately, the food was another matter. Rae has a unique menu offering an interesting range of items, from creative takes on classic pub food to beef tenderloin and dry aged rib chop. Eager to try a number of different offerings, the Gastronomer and I decided to forgo a traditional main course in favor of several smaller dishes. We had heard that the smoked rabbit nachos were not to be missed, and the Gastronomer was also looking forward to the onion rings. After asking some clarifying questions about the minimalist menu, we chose the seared tuna pizza and venison cheesesteak to round out the meal. 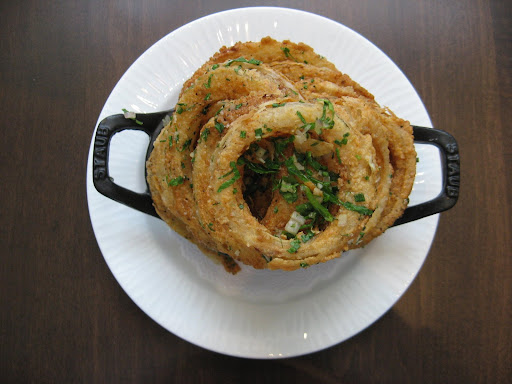 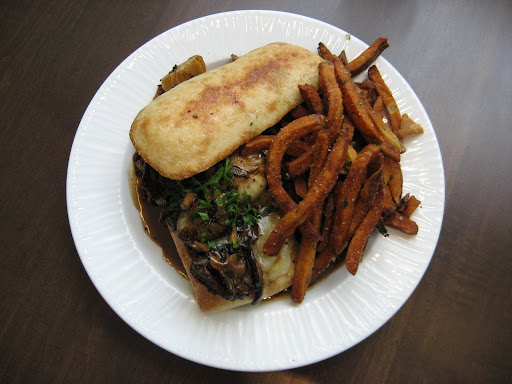 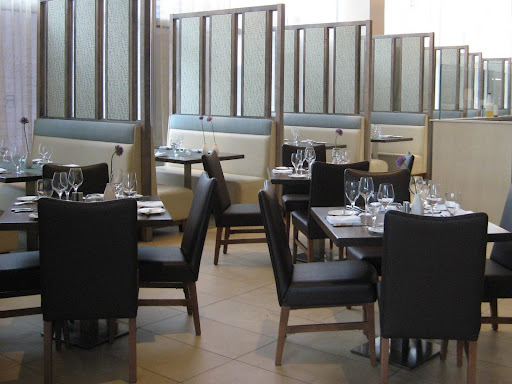 Two tasty multi-grain rolls were brought to our table, along with a tray featuring three special whipped butters. Although the white bean and escarole butter looked cool, it tasted indistinguishable from the standard salted butter. The herb butter, on the other hand, was incredible. I’m usually not a butter guy, but the Rae’s herb butter prompted me to slather extra saturated fats on my bread like never before.

At the advice of our waitress, we ordered the nachos and pizza brought out together and then paired the cheesesteak with the onion rings for our second course. Having missed the memo that the “nachos” were actually empanadas, I was surprised and delighted by what arrived at our table: flaky pockets stuffed with deliciously salty rabbit meat, a touch of cheese, and other goodness. The nachos came with a mild jalapeño dipping sauce that added a soothing coolness, but could have been ignored without lessening my enjoyment. It was apparently a favorite of the chef, because the exact same sauce was drizzled across our tuna pizza. The pizza complemented the nachos’ saltiness beautifully: it featured a thin crust topped with layers of tuna carpaccio and larger pieces of seared tuna, along with pickled onions and cilantro that reminded me of bánh mì. Sprinkled among the toppings were occasional pieces of popcorn. I’m not sure why—rumor has it they were citrus-dusted, but they didn’t really taste like anything or add much to the appearance of the pizza. 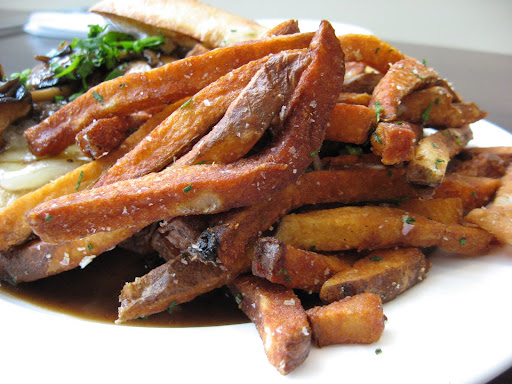 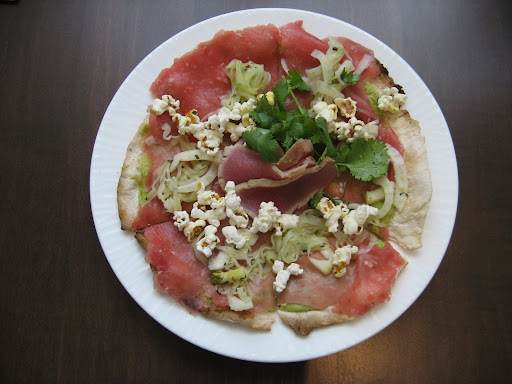 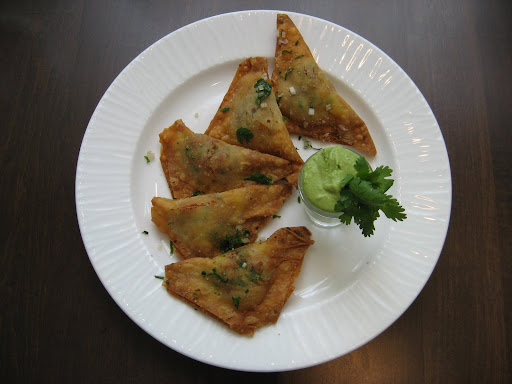 By the time the rest of our food arrived, I was already a fan of Rae, and the venison cheesesteak only increased my admiration. The venison exploded with an intense, deep flavor that could never be achieved by chopped beef, and the cheese, onions, and toasted bread were uniformly delicious. I think it’s safe to say that among all of the “cheesesteaks” I have tasted in Philly, this one was the best (take that, Pat’s and Geno’s!). The cheesesteak came with our choice of either French fries or a green salad. Regrettably, I chose the fries; among the two options, I thought they had the better chance to be spectacular, but in fact they tasted somewhat burnt and were not seasoned with much creativity. Maybe we could have used a salad after all the greasy food we consumed. By the time I got halfway through the cheesesteak, I was feeling quite full, so I put the fries aside and concentrated on the more dazzling components of the meal. The onion rings were excellent, proving once again that Rae knows how to make ordinary stadium food into something amazing. I’ll have to sample Buddakan’s onion rings again before bestowing the title of “best in Philly” upon one or the other.

All in all, I found our dinner at Rae to be unique and quite satisfying. So far the restaurant’s popularity has not grown enough to fill its 220 seats on a Saturday night, and the feeling of emptiness only enhanced the strange vibe I got from the unusual layout. This was unfortunate, because the food was extremely well-executed, and the service was excellent. Hopefully, locals and travelers through 30th Street Station will look past the misplaced modernism of the building and give the food a chance—they definitely won’t be disappointed.