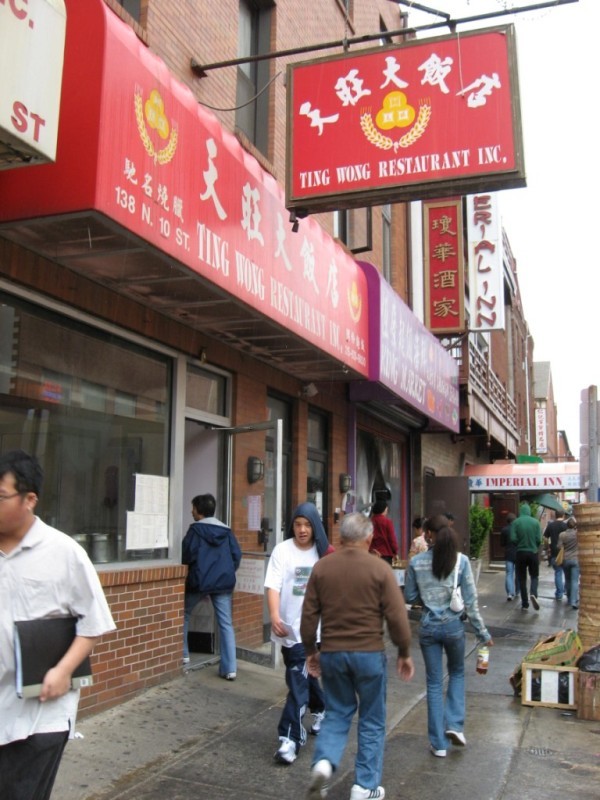 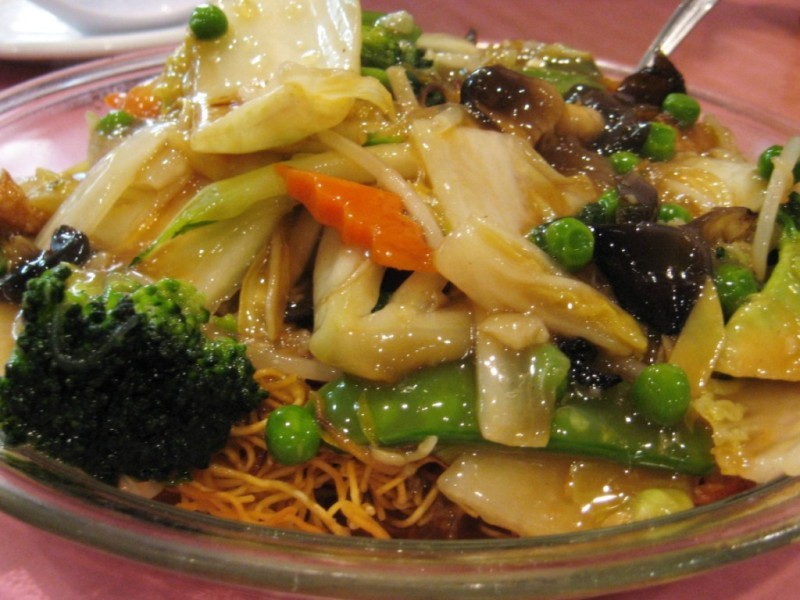 Luscious and I first discovered Ting Wong’s after a night of drinking in Old City. We weren’t 21 yet, but no one was checking IDs at the door or at the bar so we were in luck. I had my first “real” (i.e. made by a bartender rather than a fraternity brother) drink that night; a very pink Cosmopolitan. We lounged, we sipped, we forgot about our awkward institution of higher learning—it was grand.

Eventually the fun had to end so we headed back toward Market East Station to catch the R3. The thought of returning to our books and homework was very unattractive so we stumbled into Ting Wong’s to prolong the magic. Neither of us had eaten here before, but the barbecued ducks hanging in the front window and steaming vats of broth signaled that this place was going to be good.

Since my introduction to Ting Wong’s years ago, I’ve returned numerous times with both friends and family. My grandparents, who are the harshest critics when it comes to noodles, adored Ting Wong’s immensely. As did my mother, brother, and cousin Phil. If my family approves, it says a lot! Trust me.

After a movie at the Ritz last weekend, The Astronomer and I swung by Ting Wong’s for a light lunch. We ordered the Buddha’s Delight Pan Fried Noodles because it’s my all-time favorite dish. A hearty helping of deep fried mee pok (egg noodles) is topped with a smooth vegetarian oyster sauce and vegetables including napa cabbage, carrots, broccoli, straw mushrooms, peas, sugar snap peas, and bok choy. Glass noodles, bean curd, and tofu are mixed in as well. The stir fried sauce upon the crisp noodles creates a wonderful texture of both crunch and yielding that truly makes pan fried noodles delicious.

Other notable dishes include the wonton noodle soup and congee. By the way, there is a Ting Wong offshoot in New York City called Tan Wong located at 103 East Broadway between Allen and Forsyth Street. I’ve frequented that location and it’s just as good and even slightly cheaper.