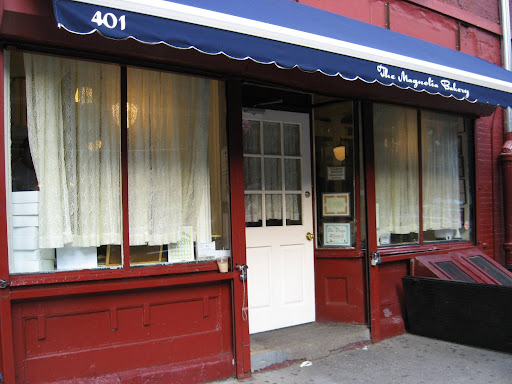 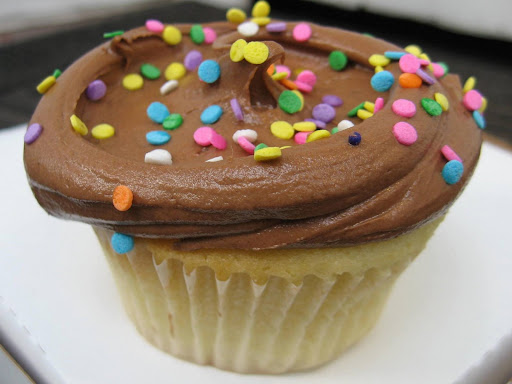 People either love or hate Magnolia, but there is no denying that this West Village bakery is the birthplace of the cupcake trend currently taking over both coasts. Eateries with a lot of hype around them usually turn me off, but sustained hype is a different story. Magnolia has been around since the mid 1990’s, so they must be doing something right, right? 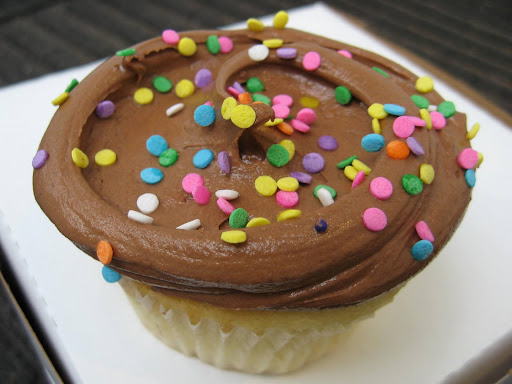 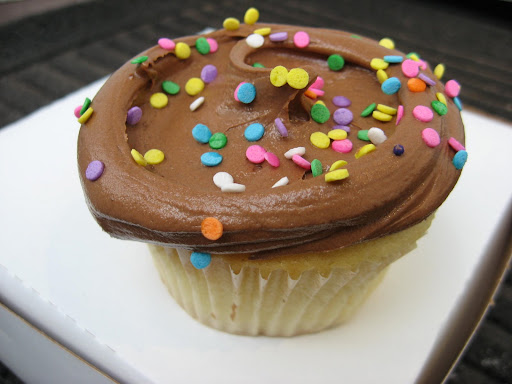 Magnolia patrons are limited to purchasing a dozen cupcakes at a time, which wasn’t a problem for me because at this point on the food tour I had consumed half a Luger burger, an entire concrete from Shake Shack, and a third of an enormous slice of Red Velvet Cake from Billy’s Bakery. Fortunately, I had room for a single cupcake. The line at Magnolia has been known to stretch around the block a few times, but luckily was only two deep this afternoon. After waiting a quick minute, the bouncer let me inside the bakery.

The Astronomer and I settled in a nearby stoop to enjoy the most hyped baked good around. I took the cupcake out of the box and admired its cuteness because cupcakes really are adorable. Then I took a bite. YUM! I was an instant fan. The cake was fluffy, moist, and light. The frosting was simultaneously buttery and chocolaty, rich, and piled on thick. And the sprinkles were just plain great.

What can I say? Magnolia cranks out a killer cupcake.