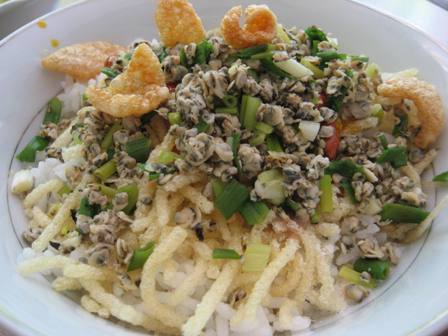 When I found out The Gastronomer and I were going to be traveling to Da Nang for work, I felt it essential that we stop by Hue as well. After all, even though its population might be 1/20 of HCMC’s, everyone knows that Hue is the food capital of Vietnam. The imperial city’s cuisine dominates the restaurant scene here in Saigon: bun bo, banh beo, banh nam, … the list goes on and on. I couldn’t wait to taste the food at the source. We set aside two nights for the trip—plenty of time for a lot of deliciousness.

Upon arriving in Hue, both of us were a bit taken aback. The place is a tourist hot spot, worse than anywhere else we’ve been in Vietnam. As a result of all the Caucasians wandering around, the locals have become a bit obnoxious; cyclo drivers pester you incessantly as you walk down the street, food prices are dramatically higher for foreigners, and very few vendors seem to approach conversations with genuine good will and a smile. Furthermore, the southern part of town (where most of the hotels are) is full of “tourist-friendly” restaurants offering hamburgers, spaghetti, and perhaps a bit of Vietnamese food for show. As The Gastronomer and I strolled along the river looking for lunch, genuine Hue cuisine was nowhere to be found.

We walked further and further from our hotel, slowly becoming hungrier and a bit depressed by the state of things. Fortunately, after about twenty minutes we unexpectedly ran into a man wearing an East meets West hat. Small world. As it turned out, he didn’t actually work for our organization, but rather for a construction company we had hired to build a hospital. Nevertheless, he had some excellent food advice. He pointed us to a street a few blocks away specializing in com hen, a spicy rice dish topped with little clams, peanuts, sesame seeds, crispy noodles, basil, pig’s skin, and a plethora of greens. A delicious hot clam broth is served on the side for sipping. We eagerly ducked into the first restaurant we saw at 28 Truong Dinh (Phone: 054825317). 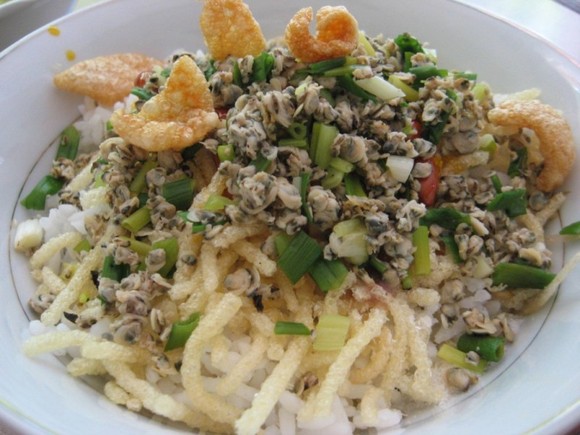 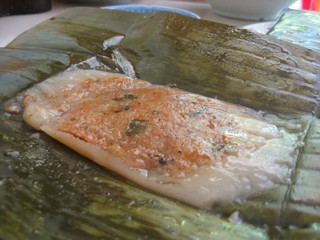 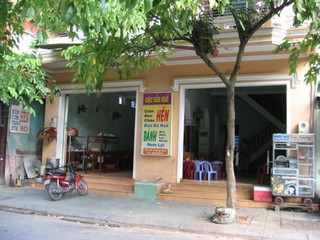 We had failed to notice before ordering that our chosen establishment was empty while the nearly identical place across the street was relatively packed. However, we needn’t have worried. It was rather late for lunch, and as we discovered in the coming days, both places were extremely popular with the locals. Learning from our one previous experience with com hen (at Nha Hang Mon Hue in Saigon), The Gastronomer asked for the hot chili paste to be left out. The result was superb. It’s hard to describe why I liked the com hen so much: it didn’t taste strongly of clams, and neither nuoc mam nor soy sauce were featured, but the subtle flavors meshed perfectly with the texture of the rice to create an extremely satisfying treat. At only 5,000 dong for a bowl, it was also quite a deal.

We finished our meal with an order of banh nam. It was good, but nothing we couldn’t have gotten in Saigon. As it turned out, despite all my anticipation, com hen was only dish that really amazed me in Hue. I blame this primarily on the fact that most other Hue dishes have made their way to Saigon without losing their essential characteristics, but for some reason good com hen is hard to find. 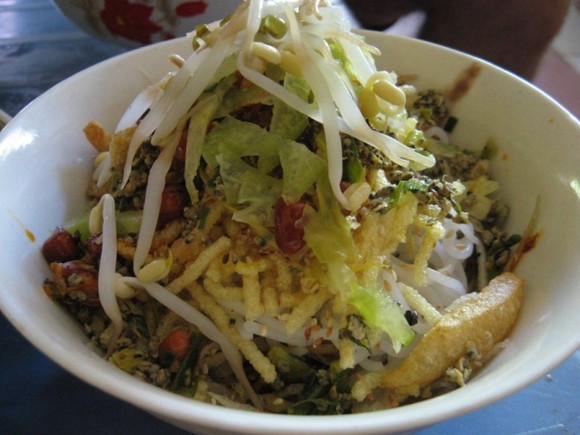 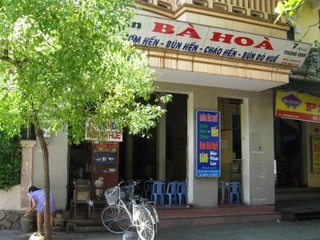 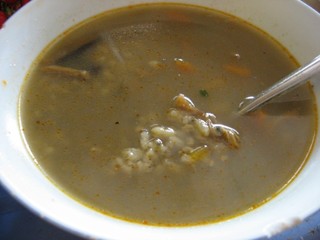 The next morning we biked around the city and explored the citadel. Even with rapid transportation at our disposal and all the avenues in Hue to choose from, we couldn’t resist returning to the same street for some more hen. This time we went to the place across the street at 7 Truong Dinh (Phone: 833043) and ordered bun hen—a similar dish with vermicelli noodles instead of rice. The owner instructed that we refrain from pouring the clam broth on the noodles. I gave this a try, but felt it was an inferior way to eat hen dishes. Even though we requested no chilis, the bun hen was still a bit spicy, and I felt that this overwhelmed the other flavors and diminished the experience somewhat. However, it was still a treat.

We decided we’d better give this woman a fair shake by trying her com hen as well. To complete the trifecta, we also ordered a bowl of the third form of hen: chao (porridge). The com hen was amazing—one of the owners asked if it was better than the one across the street (there was definitely a bit of a rivalry), and I had to honestly tell her that I couldn’t decide. As for the chao hen, it was an interesting dish in its own right—quite different from the other two. I’m rarely in the mood for porridge, especially in the oppressive Hue heat, but I’m glad we tried it. Bun hen and com hen are both special, but in the final analysis I think the texture of rice better suits the dish.

On our third and final day in Hue, we returned to our original hen restaurant yet again. It was just irresistible. I’m not sure how many days in a row I would have to eat com hen before I got bored, but it’d be a while. 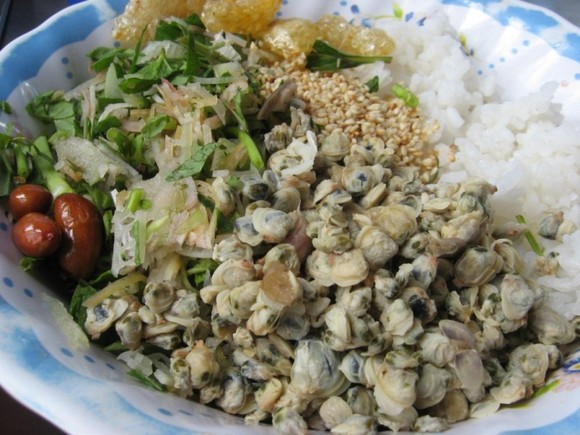 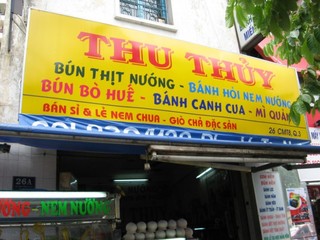 A few days after we returned to Saigon, I noticed a Hue restaurant advertising com hen on our way to work. I was ecstatic. On the first available opportunity, we walked over to 26 CMT8 (Phone: 9304132) to give it a try. Unfortunately, the food didn’t measure up. While Hue’s com hen was subtle, this one was just bland. I was disappointed, but in a way I’m kind of glad that there’s a regional dish that Saigon’s chefs haven’t mastered. It will give visitors to Hue something to look forward to. 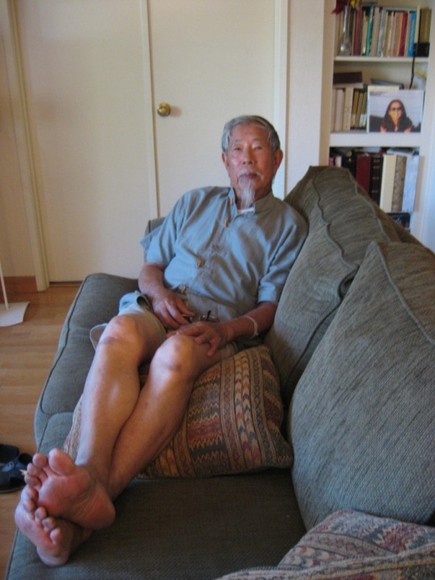 Ton That Thuan, The Gastronomer’s grandfather, is the best thing to come out of Hue.

5 thoughts on “Cơm Hến: Second Best Thing to Come Out of Huế”