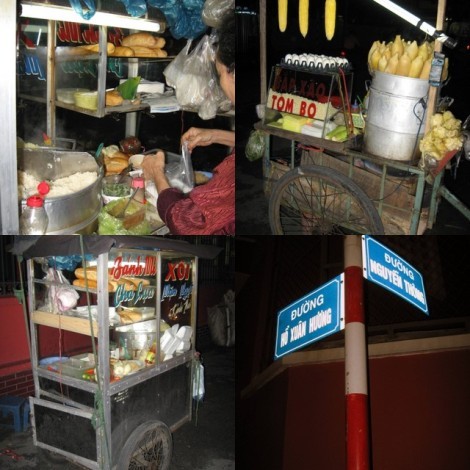 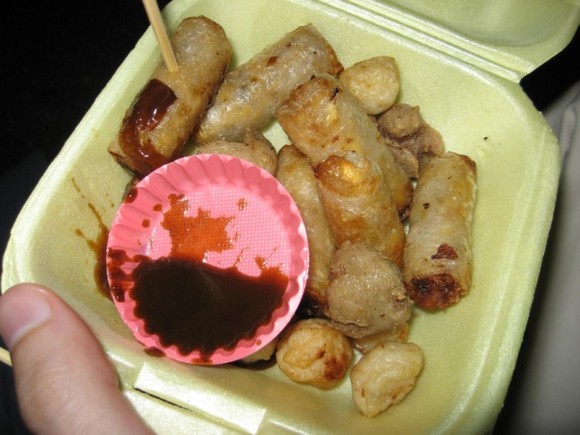 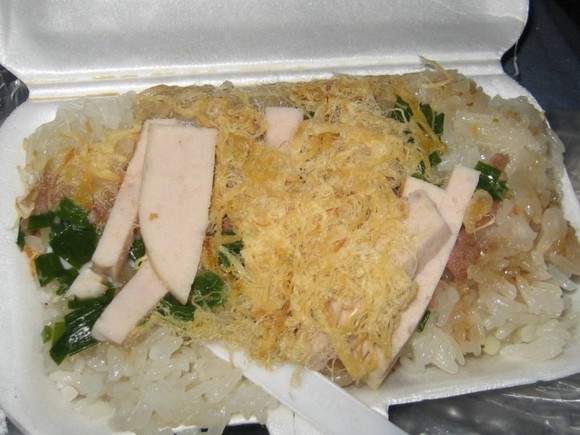 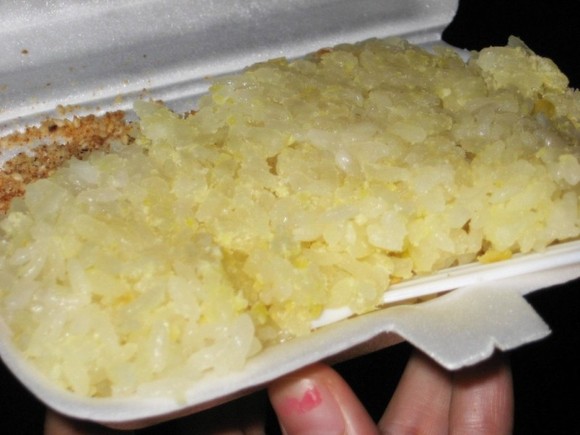 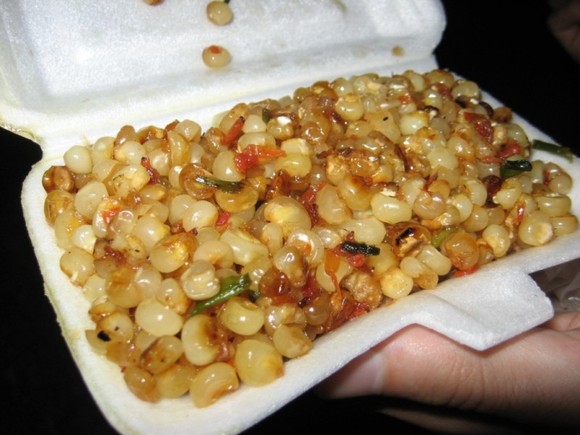 Before meeting up with friends at the Diamond Plaza for bowling last Friday night, The Astronomer and I headed to the corner of Ho Xuan Huong and Nguyen Thong Street in District 3 for some grub. We’ve driven by this street on several occasions, but never got a chance to sample the goods because we were always on the back of a xe om (hired motorbike).

On this evening, there were several corn dealers (steamed and sauteed), a lone sticky rice hawker, and a man frying up meaty treats on a stick. Feeling especially hungry, The Astronomer went for a three-course feast and purchased from each of the vendors on the street. He has eaten xoi man and bap xao tom bo previously, but this was his first foray into fried-up meat and eggrolls on a stick.

The Astronomer commented that the sauteed corn tasted exactly like the version he ate in District 4. It’s really amazing how standardized street food recipes are in Vietnam! The xoi man was generously topped with cha lua, cha bong, pate, soy sauce, and an oil and scallion mixture. We’ve been on a xoi binge as of late, and this version did not disappoint. The fried meat fest was a let down. The eggrolls, meatballs, and fish-balls turned soggy from the oil rather than crisp and the hoisin sauce was too strong at times. Two out of three isn’t terrible.

For my dinner, I went for a small box of sweet xoi dau xanh sprinkled with salt and toasted sesame seeds (mui me). The xoi was moist and sticky in all the right places and the combination of sweet and salty flavors were delicious. The xoi was so tasty that I went back and bought 2,000 VND more.