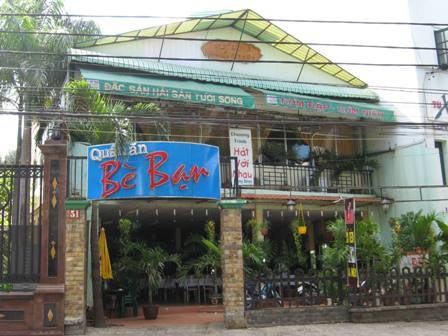 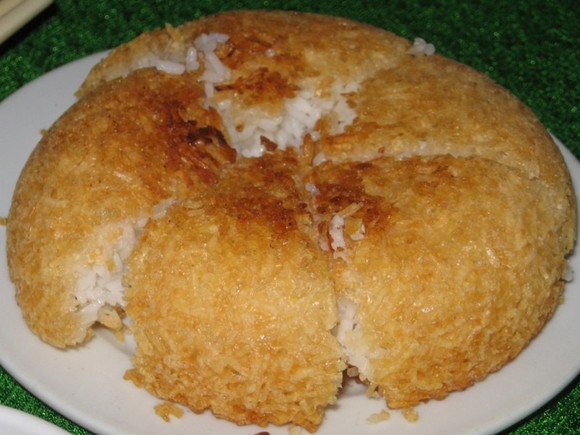 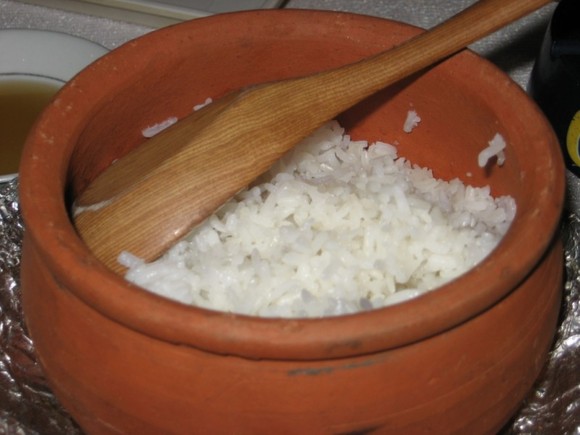 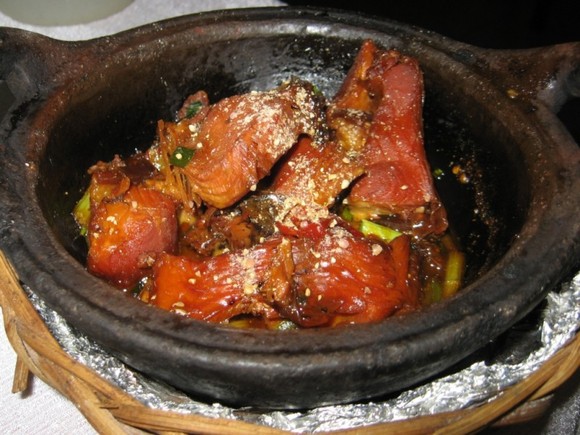 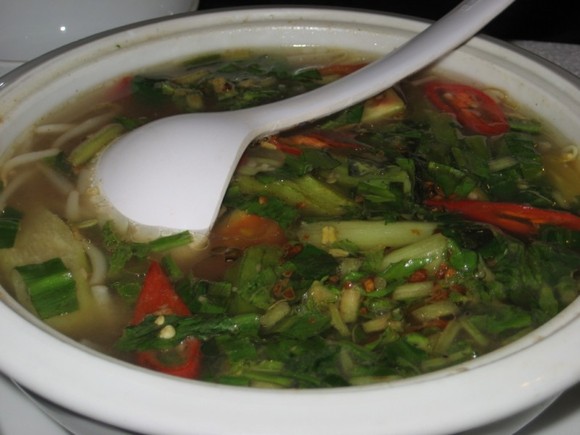 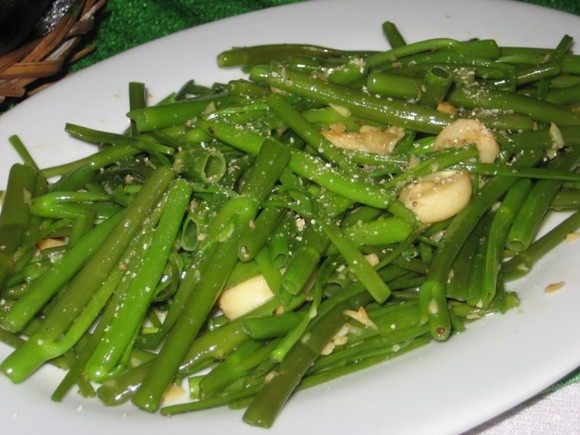 Com nieu restaurants serve traditional Vietnamese dishes in a polished setting and specialize in rice prepared in clay pots. Prices are generally significantly higher than their street food counterparts, but the quality is much better, portions are generous, and the service is very good. These joints are fairly common around town, especially on Tu Xuong Street in District 3.

Com Nieu Saigon is probably the most well-known eatery for this genre of food, but the offerings at Be Ban could give them a run for their money.

My Aunt Phuong from California came to Saigon a couple of weeks ago on vacation and we met at Be Ban for lunch. Even though my aunt is originally from Vietnam, she has never tried com nieu or com dap, so we ordered one of each.

Com nieu is nothing special and tastes exactly like plain ‘ol steamed rice. Com dap, on the other hand, is really something special. The rice is made in a clay pot on extra-high heat (or something), which forms a crispy crust on the bottom. The rice is served by smashing the clay pot its cooked in and inverting the rice onto a plate. Com dap is commonly dressed with crushed black sesame seeds, nouc mam, and an oil and scallion mixture. The com dap I had at Com Nieu Saigon was adorned with all the fixings, while the com dap at Be Ban had the condiments served on the side.

All of the dishes we ordered were seriously good and sorta made me want to abandon com binh dan forever. The ca loc kho to was caramelized perfectly and extremely flavorful. I poured the fish’s syrupy sauce with bits of pork belly over some rice, which brought back fond childhood memories.

I’ve said it before and I’ll say it again, I love canh chua. This version featured clams and the usual suspects as far as vegetables go. The clams didn’t add much additional flavor to the already stellar soup, but were texturally interesting.

The sauteed water spinach was also quite good. I’m not sure what the restaurant did with the spinach leaves, but they only served up the hollowed stalks. The greens were intensely garlicky and an excellent complement to our meal.

Although I prefer to scrounge the streets for my eats, Be Ban is a great place to take guests from out of town or unadventurous friends.