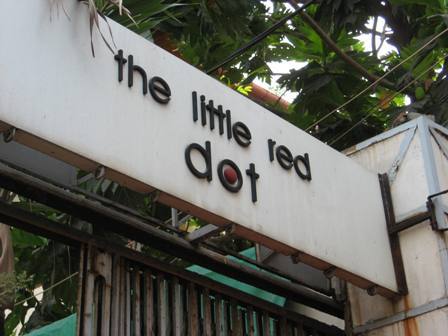 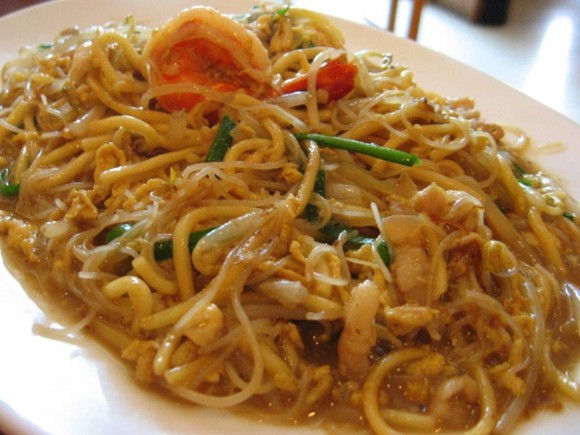 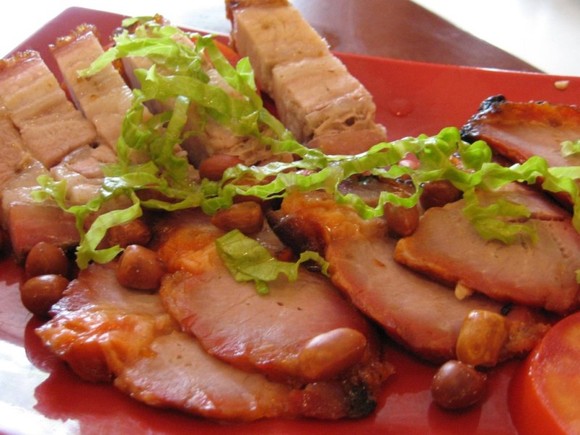 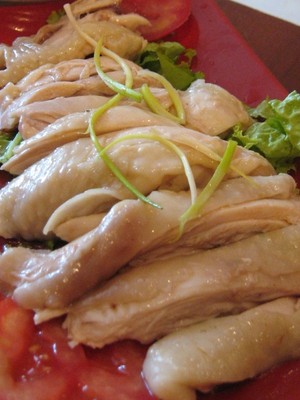 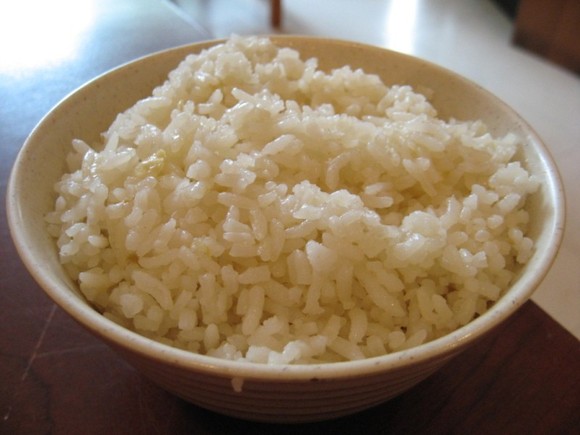 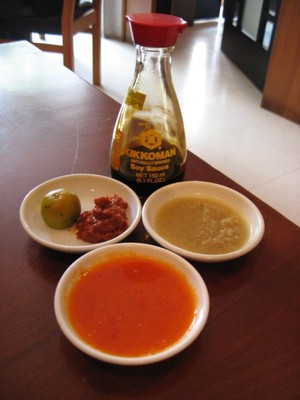 I was watching No Reservations with Anthony Bourdain a few weeks back when I learned about a Singaporean sensation by the name of Hainese chicken rice. Chicken has never really appealed to me because I find that regardless of the preparation, the chicken usually just ends up tasting like chicken. Yawn… Pork, on the other hand, takes on flavors well and can be prepared a zillion unique ways—sausage, ham, bacon, loaf, etc. Hence, it is my favorite.

Even with my general lack of enthusiasm for chicken, Bourdain’s segment was so damn convincing that I sought out chicken rice for lunch that very day. Talk about the power of the tube!

The Astronomer had previously read about The Little Red Dot in an expat magazine, which boasted that the Singaporean-Vietnamese owners dished out great chicken rice. With Lush in tow, we headed to the eatery to taste the subtle goodness that is chicken rice.

According to Bourdain, chicken rice is made by boiling a chicken in ginger and other aromatics. Once the bird is thoroughly cooked, it is dunked into a large pot of ice cold water to congeal the fat and keep the meat moist. The rice is made from the resulting chicken broth, along with garlic and sesame oil.

The Little Red Dot’s version of chicken rice was everything Bourdain said it would be, minus the plethora of delectable sauces he had on hand in Singapore. I found all of the condiments available (chili sauce, soy sauce, chili paste and ground ginger sauce) flat and unspectacular; most likely because I didn’t know how to use them properly. The room temperature chicken was better off eaten without adornments on this visit. The Astronomer, Lush and I adored the fluffy rice with its faint notes of ginger and garlic.

The BBQ pork platter came with some rice as well. The heo quay’s crispy skin and centimeter of fat was quite good, while the sweet xa xieu was my favorite of the afternoon—candied pork. The Singaporean noodle dish, which was a touch heavy on the gravy, tasted thick and comforting.

This was a decent initial introduction to Singaporean cuisine and I am excited to delve further. Aside from chicken rice, what are Singapore’s signature dishes?