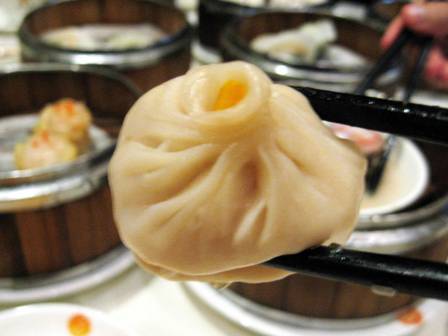 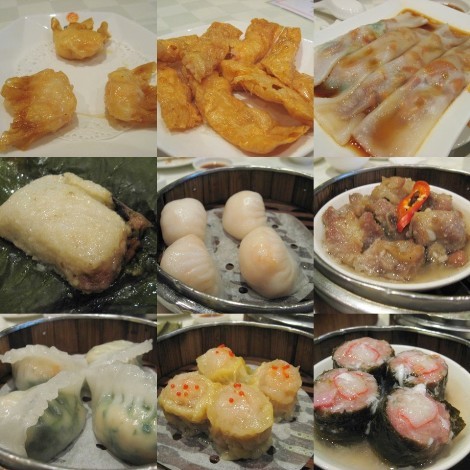 I like everything about dim sum except for the time of day it is consumed. For me, mornings are about whole grains and fresh fruit, not soy sauce and porky oiliness. Don’t get me wrong, I love the swine, just not before 1 PM.

The Astronomer, on the other hand, is always hankering for meaty dumplings. I gave into his wishes a few weeks back because he did lots of research to locate the best dim sum in town.

We headed to Huy Long Viên with Hawkins and Hanh (The Astronomer’s Vietnamese teacher) in tow on a sunny Sunday. Although I wanted to avoid overeating, the all-you-can-eat deal was just too irresistible to pass up. Plus, everyone was doing it and I’m a follower.

Unlike traditional dim sum joints with rolling carts and brash women, here we ordered off a menu and the food was made to order. It was civilized and all, but missing the rowdiness that I love about dim sum places.

The shrimp, beef and pork wrapped in thin rice paper sheets and drizzled with a soy broth were some of my favorites. The shrimp and scallop dumplings were also damn good. However, after a solid hour of dim summing, each container of steamed dumplings started to taste like the previous. And that’s when we knew it was time to get out of there.

The all-you-can-eat option also comes with unlimited desserts. The only item that appealed to Hanh and I was the mango pudding and sadly, they were out. Unfair!

We left Huy Long Viên filled with too much meaty goodness in our tummies. To work off our feast, we headed to a nearby playground… 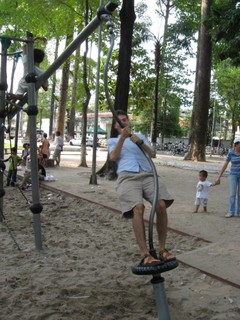 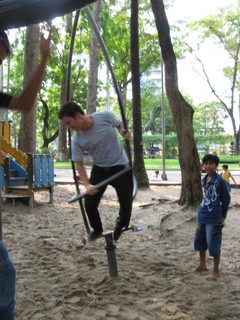 The Astronomer and Hawk having a dizzying time. I stayed on the sidelines and snapped away. By the way, playground equipment in Vietnam is much more fun because there’s always an element of danger.