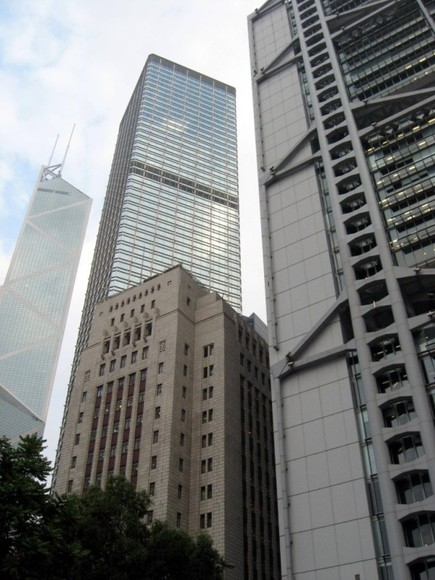 The city of Hong Kong runs like a well-oiled machine. After months of living in and visiting developing countries, this trip offered a nice change of pace. It’s been two weeks since my jaunt to the city and I still can’t stop raving about their public transportation system, skyline and roast goose. There’s no street food to speak of (at least where I explored), but there was plenty of goodness to be had.

After checking into our hostel, The Astronomer and I hopped the MTR to Central in search of dinner. Prior to my visit, I scoured the message boards at Chowhound and a Hong Kong food blog called Cha Xieu Bao for eating ideas. Needless to say, I arrived in town with a lengthy and ambitious list. 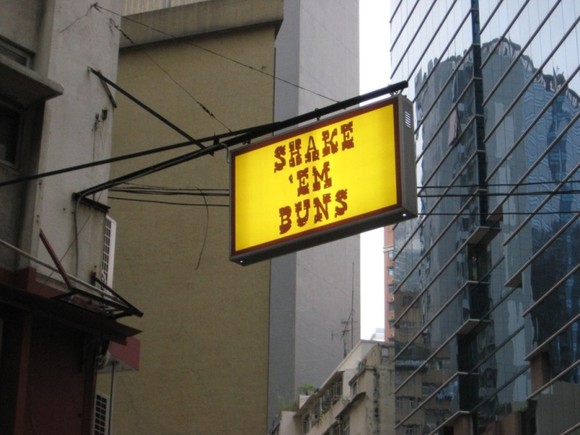 After spying this sign on Wellington Street, The Astronomer and I prayed to the gods that they were serving up Chinese buns. Unfortunately, it was an American joint serving up burgers. Bummer. Definitely not what we were looking for. 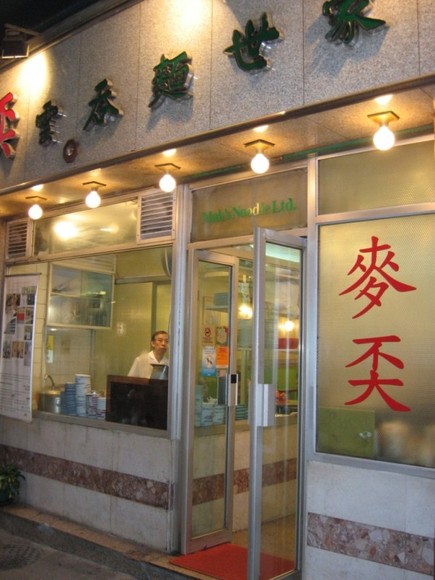 Our first stop of the evening was at Mak’s located at 77 Wellington Street in Central. 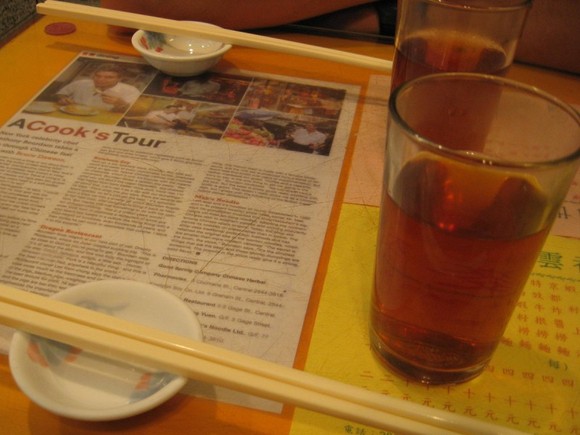 One of the most notable aspects of Hong Kong eateries is their appreciation of press clippings. Storefront windows and even table tops (as seen here) are often adorned with positive reports on the food. Unbeknowest to us, Mak’s received Bourdain’s seal of approval. 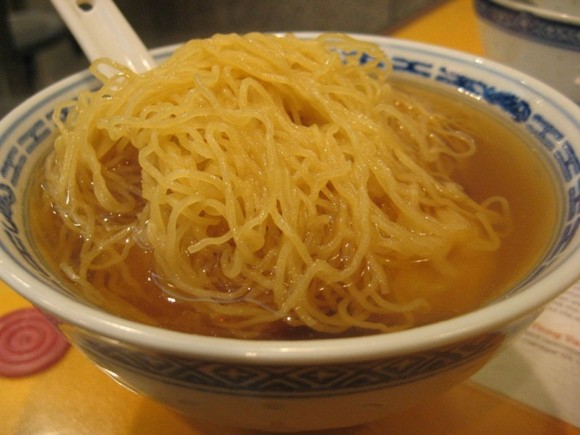 The Astronomer and I shared the house specialty—egg noodles with shrimp wontons ($28 HKD). By the way, $7.8 HKD = $1 USD. We were warned that the portion sizes at Mak’s were small, but geez! Due to the fact that macro photography distorts sizes, it’s hard to tell just how small this bowl was. For perspective’s sake, let’s just say it was similar in size to an average Vietnamese rice bowl.

Wimpy portions aside, the noodles and wontons were solid, but hardly anything special. The texture of the handmade noodles were springy and infused with sesame oil, while the wontons were generously filled with large hunks of shrimp. 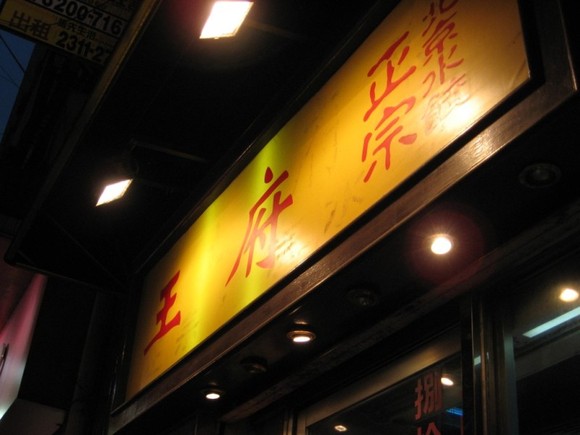 For our second course, we crossed the street to dine at Wang Fu (98-102 Wellington Street, Central). 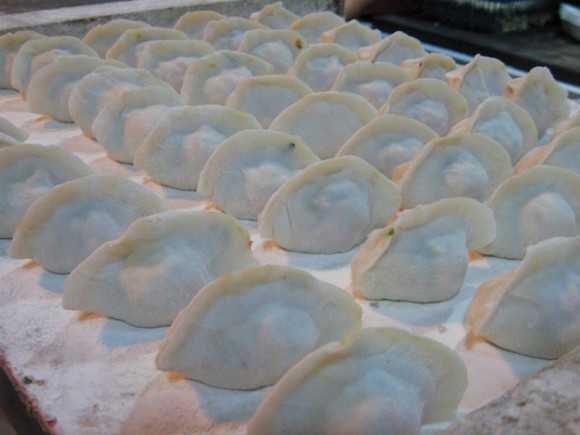 Rows upon rows of freshly made dumplings!

We ordered a plate of pork and chive dumplings ($32 HKD) to share. 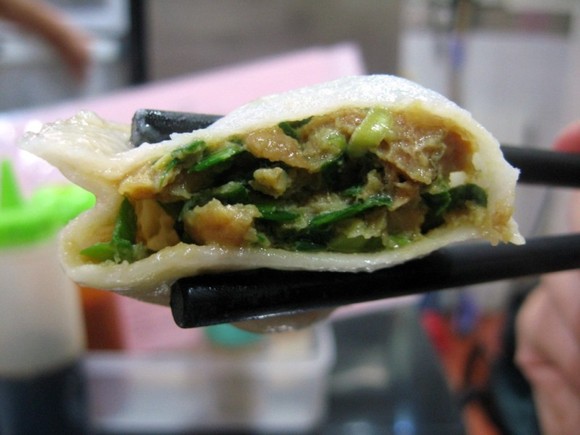 Dipped in soy sauce, these babies really came alive. Although I would have preferred a thicker wrapper, the dumplings hit the spot this evening. Wang Fu also serves up an egg and tomato variety after 6 PM that piqued my interest, but we passed since The Astronomer dislikes both egg and tomato. It’s a good thing we both love pork! 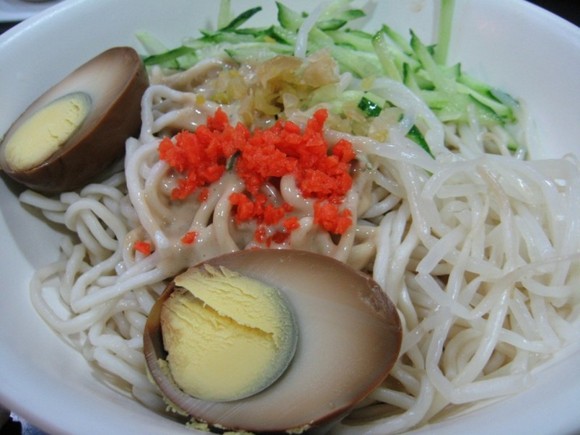 We stayed at Wang Fu for our third course—cold sesame noodles ($27 HKD). I’ve seen this item on many Chinese take-out menus and have always been curious to try. The hefty bowl of chilled wheat-y noodles came topped with a spiced egg, cucumbers, bean sprouts and something that physically resembled Bacos. The horseradish tinged sesame sauce coated the noodles properly and the veggies and cinnamon spiced egg were stupendous foils. Not The Astronomer’s cup of tea, but definitely a winner in my book. 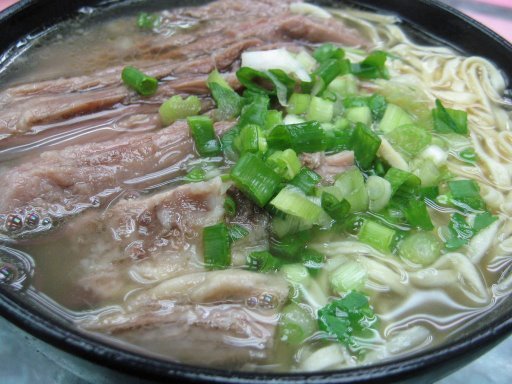 We closed out our first night in Hong Kong with a bowl of noodles at Kau Kee Restaurant, a place so famous they have a whole Wikipedia entry. 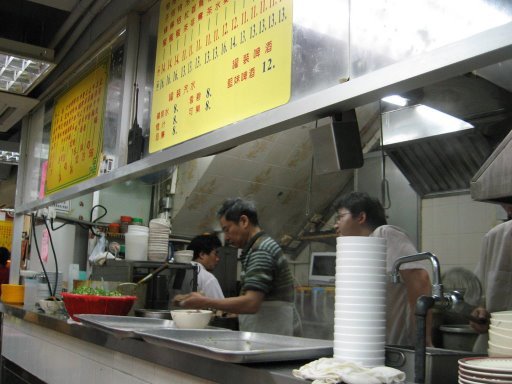 We shared a bowl of E-fu noodles with beef brisket and broth ($26 HKD). The concoction was uber oily and super beefy, but the overall flavor didn’t really stand out. I read that the beef was marinated in an array of interesting spices and orange peels, but that wasn’t the case this evening. The noodles were different from others I’ve eaten in the past in that they were soft and sort of mushy.

The winner of the evening were the cold sesame noodles. Mmm, boy.

5 thoughts on “Eating in Hong Kong I”