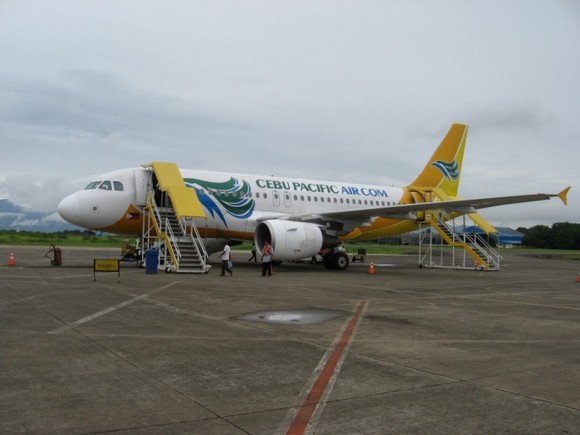 For the remainder of our stay in the Philippines, we wanted nothing more than to while our days away swimming in clear turquoise waters and lounging on white sand beaches. We hopped another bargain basement / bare bones flight aboard Cebu Pacific to Palawan to make our dreams of paradise come true.

Palawan is an island province of the Philippines located in the Southern Tagalog region. Its capital is Puerto Princesa City and it is the largest province in terms of land area. The islands of Palawan stretch from Mindoro to Borneo in the southwest. It lies between the South China Sea in the northwest and Sulu Sea in the southeast. The province is named after its largest island, Palawan Island.

Palawan, the only Philippine island cited, is rated by National Geographic Traveler magazine as the best island destination in East and Southeast Asia region in 2007, and the 13th best island in the world 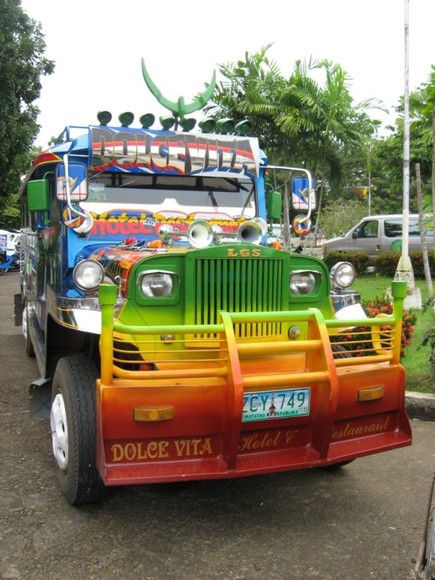 We landed in Puerto Princessa late in the afternoon and were greeted by a bright-ass Jeepney. Sadly, our hotel picked us up in a mini-van, so we didn’t get to hop on board the Dolce Vita.

After we arrived at our hotel, The Astronomer and I went on our first decent run in days. The hotel staffers told us there was a beach nearby—Pristine Beach—so we decided to check it out and get in some good mileage. Maybe we saw Pristine on an off day, but it didn’t look so hot. Check out Nina’s shot.

Next, we walked to Kinabuchs Grill & Bar for dinner. 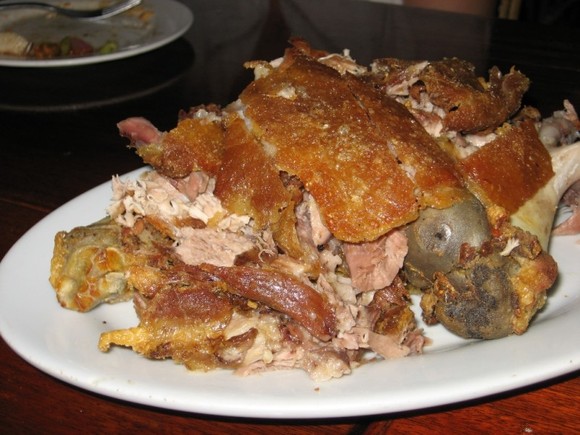 The special at Kinabuch is crispy pata—deep fried pork leg!!! The deep-frying leaves the skin crispy (hence, its name), the meat tender and the collagen oozy. We all agreed that the pork was fabulous, but could have used a sweet sauce like the one served with lechon. Nina snapped an especially unflattering picture of me gorging on some trotters. I’m a caveman! 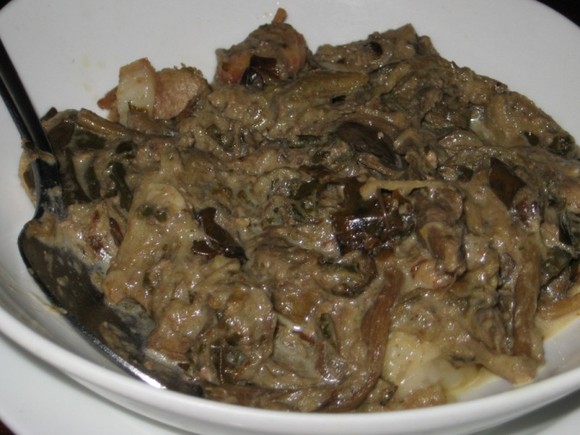 An eggplant dish that’s less photogenic than Indian food. I’m usually able to recall what’s in a dish by looking at its picture, but this time it’s just not coming to me. Believe me when I say that this eggplant number tasted 1,000 times better than it looked (the restaurant was dimly lit). The Astronomer, a loather of eggplant, ate it up. 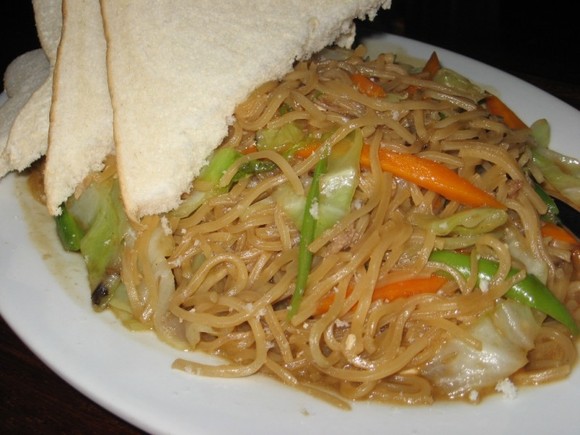 For the carbohydrate portion of our meal, we opted for the Pancit Canton even though we weren’t even close to tired of garlic rice. The noodles were really good and tasted like they were heavily influenced by the Chinese. However, I think the slices of white bread atop the noodles are a 100% Pinoy touch. 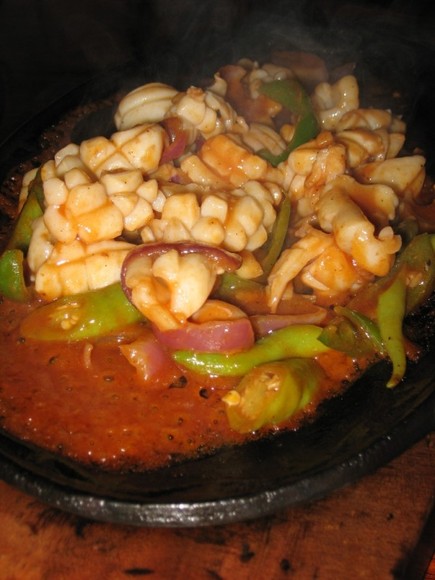 Our other protein was sizzling squid! They tasted a bit spicy and a lot delicious. The world needs more sizzling platters. 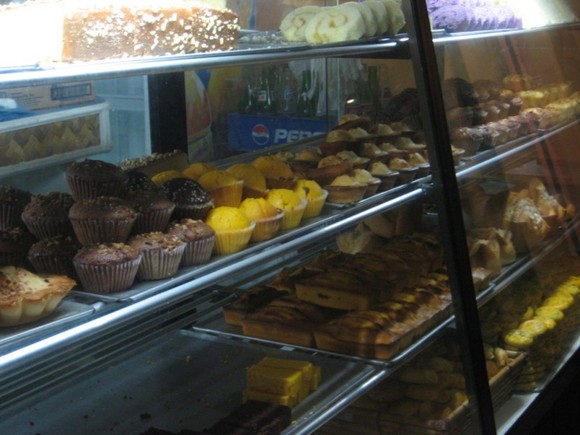 On our walk back to the hotel, we stopped by a bakery to sample some local sweets. 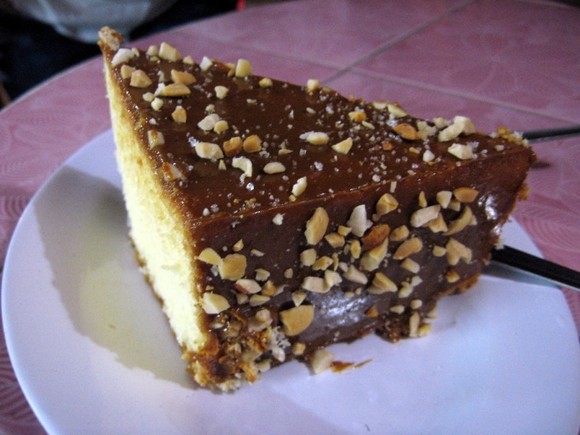 We all shared a slice of white cake frosted with dulce de leche and sprinkled with peanuts. I requested a corner piece to maximize the ratio of cake to frosting. The cake was more than a touch dry, so I stuck to eating the sugary frosting.

7 thoughts on “Flying to Palawan & Dinner at Kinabuchs”