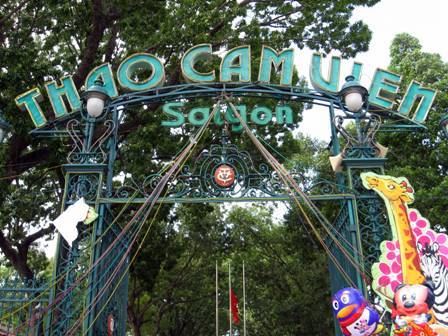 I initially titled this post “Seeing Animals, Eating Animals,” but changed it because it sounded so very unappetizing and after all, this blog is all about being palatable. Everyone seems to love to hate on the Saigon Zoo for one reason or another, but take it from a girl whose hometown is San Diego (site of the World Famous San Diego Zoo), the place isn’t too shabby. The animals seemed well fed and their environs weren’t terribly cramped (with the exception of the alligators). To be perfectly honest, The Astronomer looked far hungrier than any of the animals we saw during out visit. Zing! 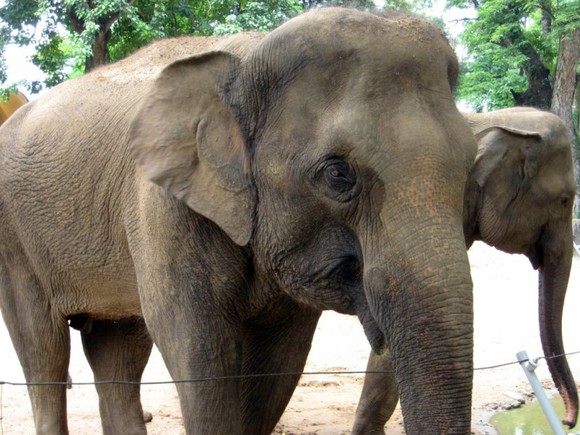 The face of a happy Vietnamese elephant. The animals in the zoo are accustomed to being fed by visitors so they come really close to the parameters, which was very good for viewing the texture of the elephants’ skin. 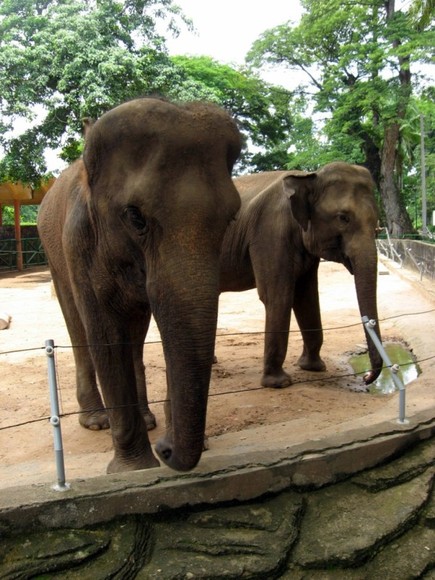 A local boy tried to feed the elephants Vietnamese JELLO (thach). Using my best Thuy Tonnu impression, I lectured the boy on the importance of not feeding animals human food. 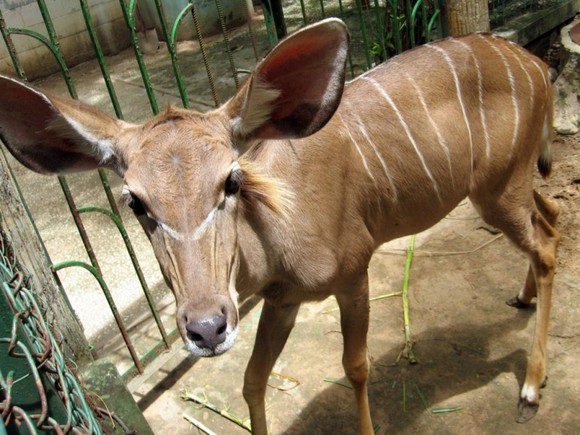 A deer-like creatures with very large ears. It’s a little frightening how close I got to some of the animals. 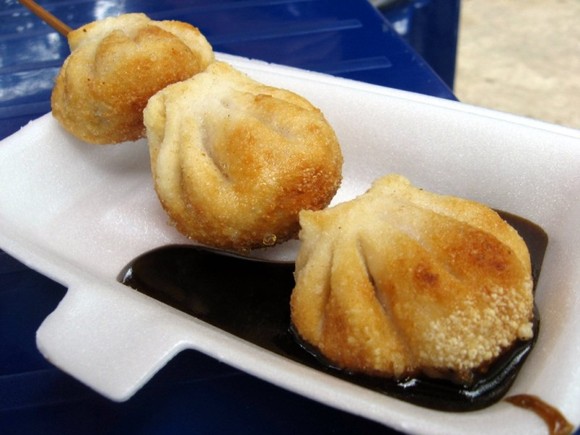 After wandering for a bit, it was time for snack! The park is dotted with food stands and deep-fried meat on a stick appeared to be the zoo’s specialty. The Astronomer ordered the fried pork dumplings on a stick with hoisin sauce. Eating animals in between seeing animals was sort of difficult for me to reconcile, but The Astronomer had no qualms about it. He commented that the texture was nice and crispy. 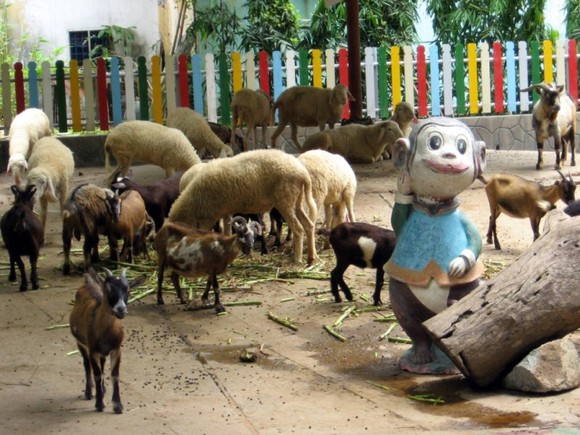 The petting zoo reminded me of the NOFX album cover for “Heavy Petting Zoo,” especially with that odd monkey statue in the center. The grossest sight during our visit occurred here—while one goat was pissing, another met the stream with its goatee. We laughed a bit, but then wanted to vomit. 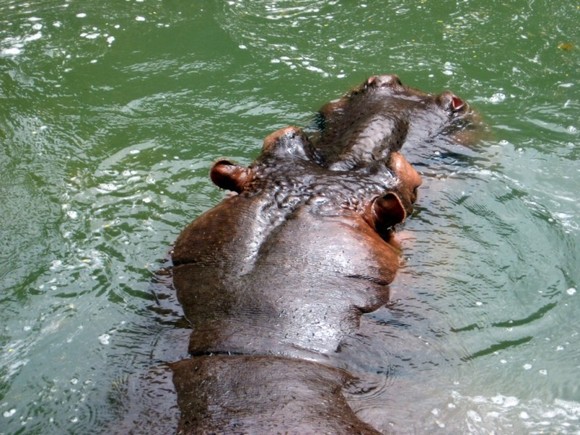 Uno hippo. Which reminds me of one of the greatest T-shirts ever made… 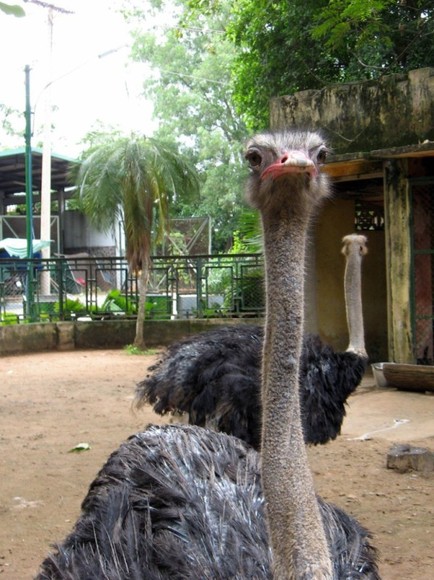 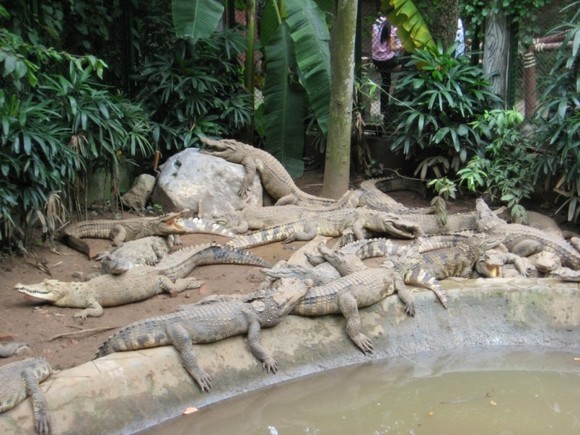 The alligators were packed to the max and hardly moved. At one point we thought that they might be fake, but then one moved and then we knew for certain that they were the real deal. 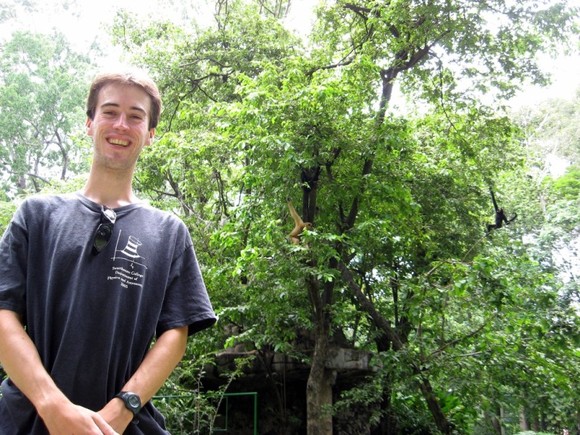 The monkeys had the coolest pad in the zoo. They’re located on an island with lots of trees and are able to swing about without barriers. If you look closely, there are two black monkeys and a yellowish one dangling in the background. 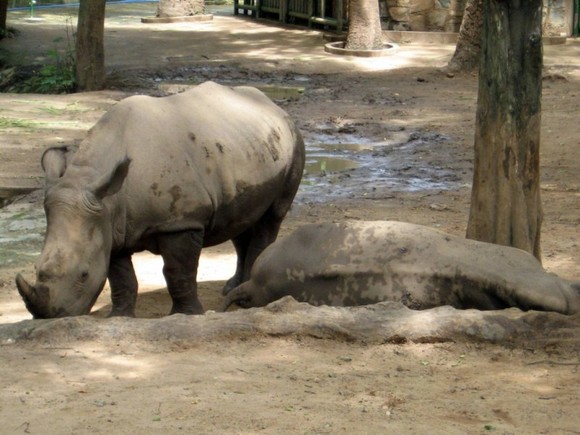 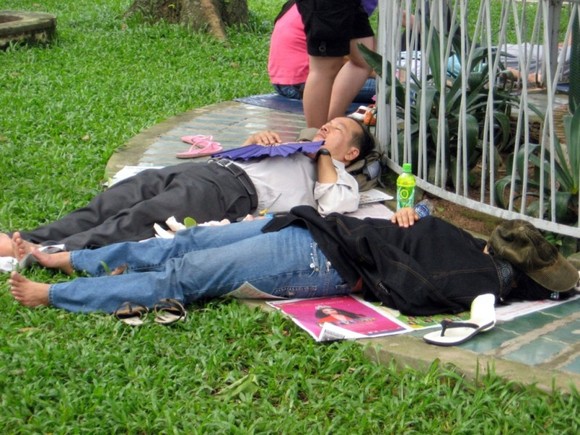 My favorite picture from my visit! Even at a very public place like the zoo, the locals make sure to have their daily siesta. Do you love it? 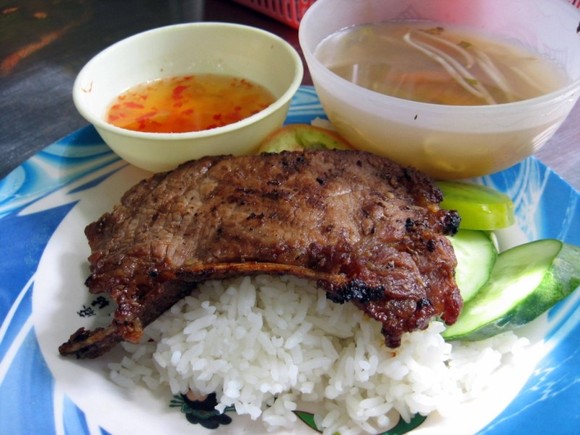 The Astronomer could not resist a plate of com suon nuong on our way out of the zoo. How awesome would it be if all the theme parks in America served Vietnamese-style grilled pork chops? So awesome.