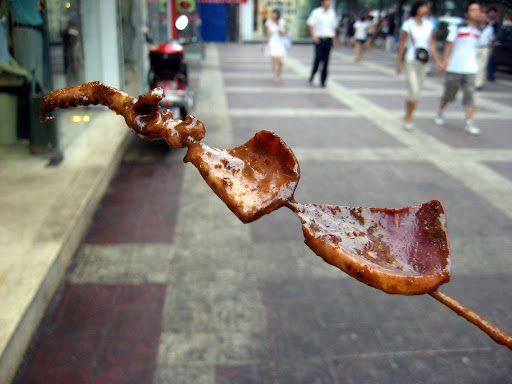 Due to the early morning flight, The Astronomer and I arrived in Xi’an feeling like zombies. Since zombies aren’t capable of being proper tourists, we rested in our hotel room until three in the afternoon. Getting off to a late start, my plan was to cram breakfast, lunch and dinner into the span of a couple hours—we’ve only got two days here after all! My first taste of Xi’an came in the form of octopus on a stick (1 RMB). It turns out the Xi’anese are mad for these flash-grilled tentacled creatures—I counted at least ten vendors within two blocks selling the exact same goods. It was definitely tenderer than expected. 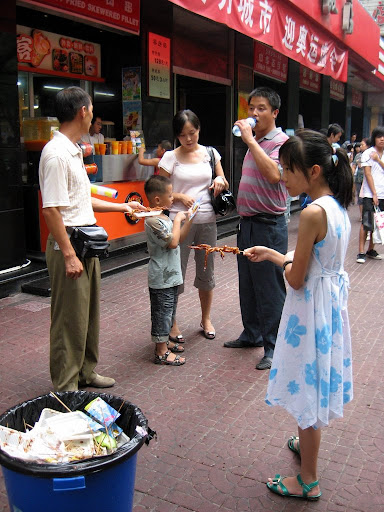 Here’s a local family enjoying octopus on a stick. You see, everyone’s doing it—old and young. 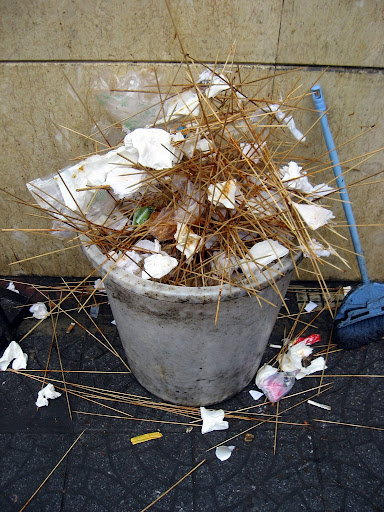 This is what every trashcan in town looks like because the whole community has embraced octopus on a stick with open arms. 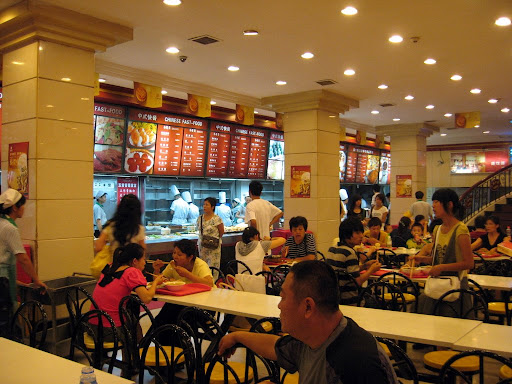 Next, we moved onto Wuyi Fandian (351 Dong Da Jie Street), a food-court type place full of Northern Chinese delights. I still have a difficulty associating food courts with gourmet because the ones stateside are anything but. However, in Asia, food courts and gourmet go hand in hand. 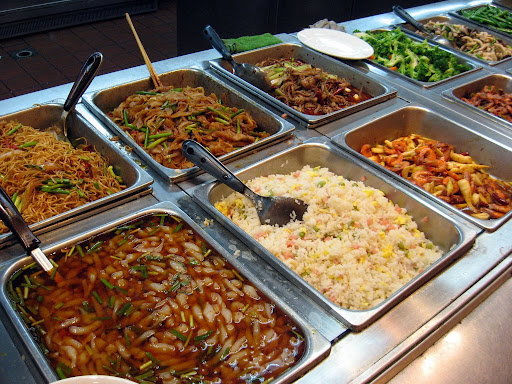 Although there was lot’s to choose from, we knew exactly what we wanted… 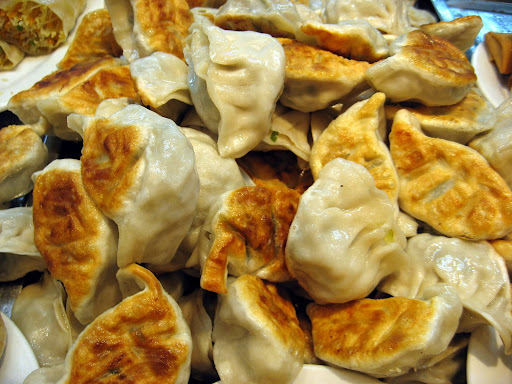 PAN-FRIED DUMPLINGS (15 RMB)! These babies were filled with scallions and pork, and the wrappers were thick and chewy. We ordered a plate of 10, dipped ’em in soy sauce and they were gone in no time. If you happen to be in New York City, Dumpling House makes equally fabulous pan-fried dumplings. 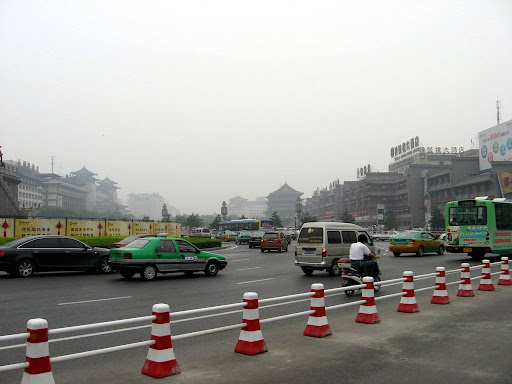 There’s a lot in the news these days about the pollution in China, and most of it’s probably true. While Kunming was spared most of the ill effects of pollution, the same cannot be said for Xi’an. Pollution generated from factories in neighboring provinces and the city’s motorized vehicles has caused the visibility in Xi’an to be nil. The all around gray atmosphere is pretty depressing, even though the city itself is very vibrant. 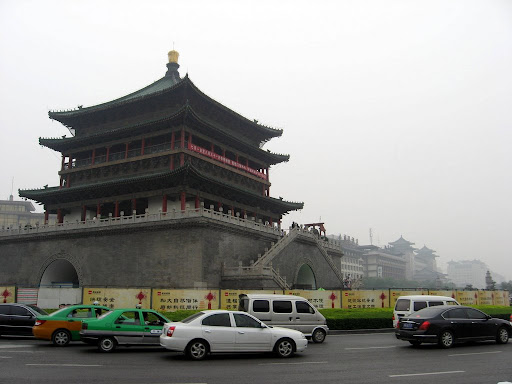 Here is the city’s bell tower. 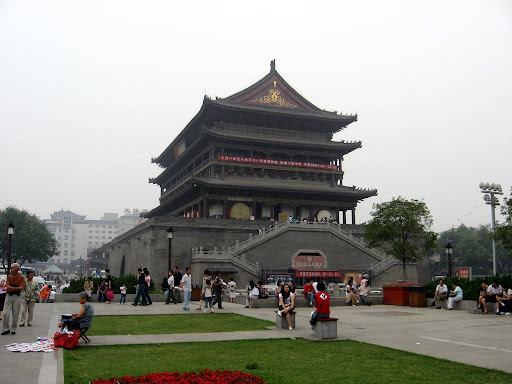 And drum tower. By the way, it started raining a bit while we were walking and both of our eyes stung a little from the acid rain. Sick. 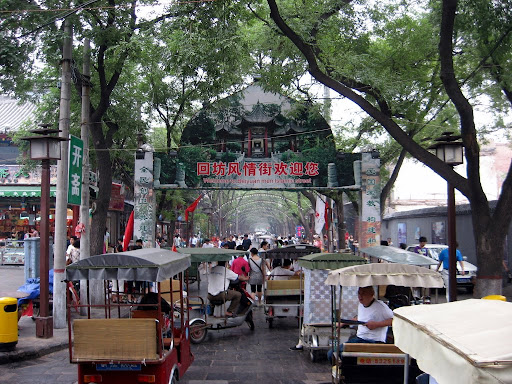 My favorite neighborhood in Xi’an (thus far) is the Muslim Quarter. It’s full of amazing street food and energy. Even though there’s a lot of stuff to buy (food, souvenirs, etc.), no one hoots or hounds. I like their style. 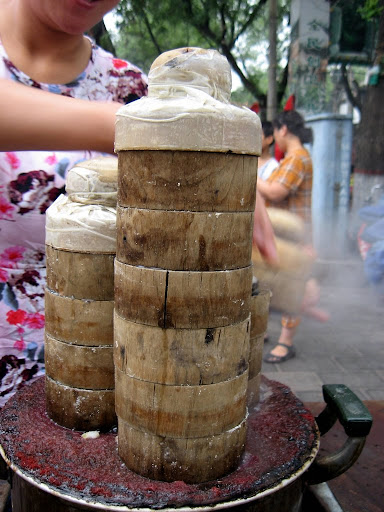 This neighborhood is packed to the gills with delightful Muslim snacks—tons of little bites I’ve never encountered before. The Quarter is one of those places where everything looks and smells so good that overeating is inevitable. Every purchase is based purely on impulse because hunger was satisfied long ago. Near the entrance of the Muslim Quarter, we saw a woman selling rice powder cakes made in stacked wooden steamers (1.5 RMB). 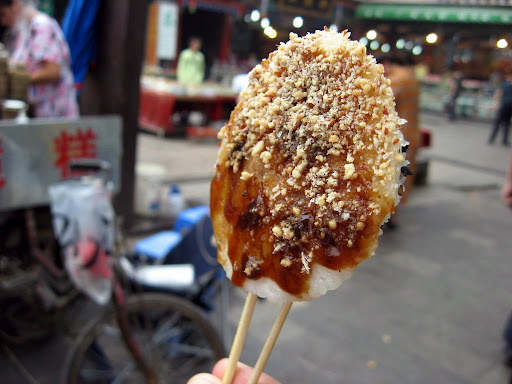 After she removed the cake from the wooden mold, she painted one side with a slightly sweet glaze and dusted it in crushed peanuts. Although the vendor could speak a bit of English, we never managed to understand exactly what was in the glaze. 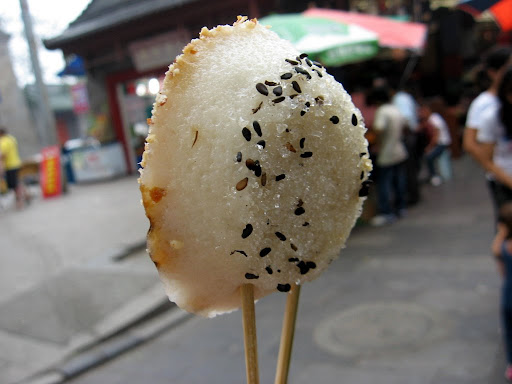 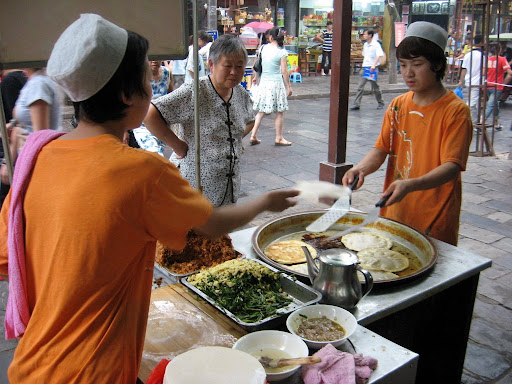 These boys are cooking up something super-special—deep-fried flat bread filled with ground beef seasoned with ginger and scallions (5 RMB). 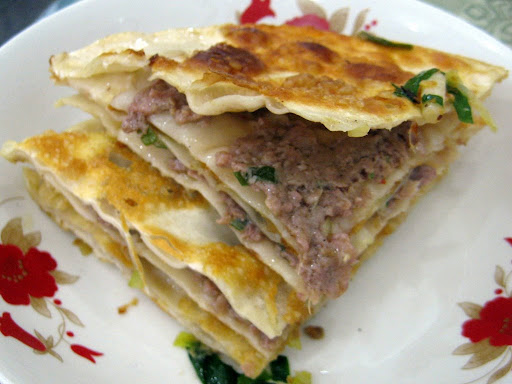 The flat bread was fried until the outside blistered and turned golden. The ginger and scallion accents really did it for The Astronomer. 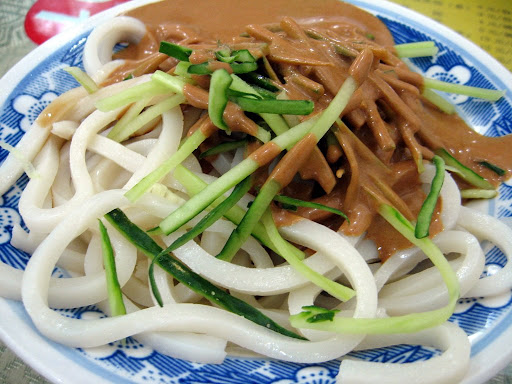 I dug into a bowl of cold noodles topped with cucumbers, chili oil and a peanut butter sauce (5 RMB). There’s also a sesame sauce version that I hope to try before departing. 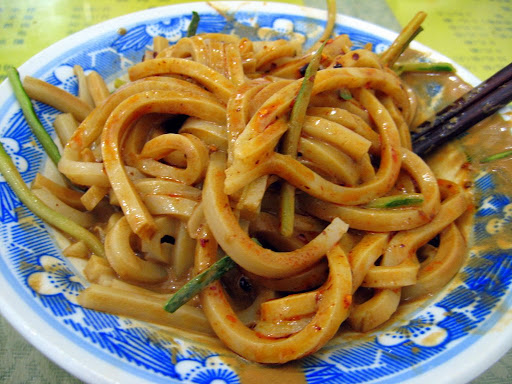 All mixed up. The proprieter saw that I wasn’t mixing evenly enough and took my chopsticks from me and did it himself. Now, that’s customer service! The noodles were thick, square and had an addictive “bite” to them. There was a little too much peanut butter, but the noodles themselves were swoon-worthy. 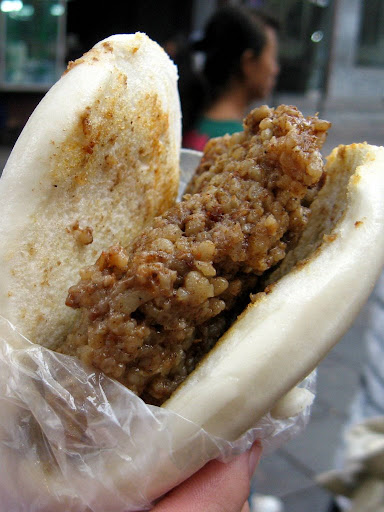 Chinese sandwich. Ground lamb mixed with bulgar wheat inside a rice flour bun (3 RMB). The savory meat and wheat filling was intensely spiced with cinnamon, cloves and cumin. The Astronomer liked everything about this creation. 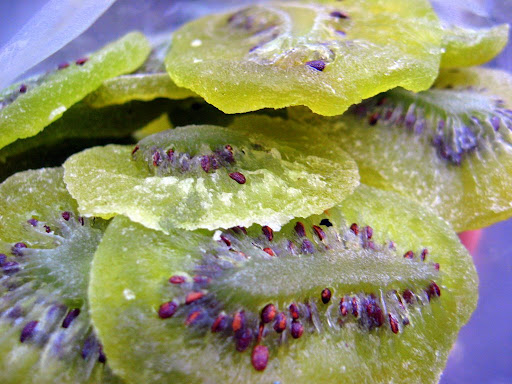 To balance out the savory, I bought 500 grams of dried kiwi (24 RMB/kilogram). 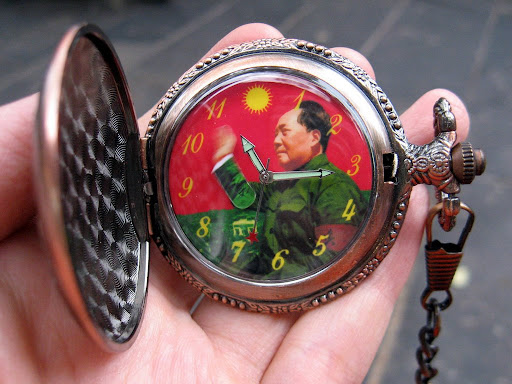 I also went shopping for souvenirs. I bought this for myself and one for my brother. The coolest part is that Mao’s hand waves as the watch ticks! Sweet. 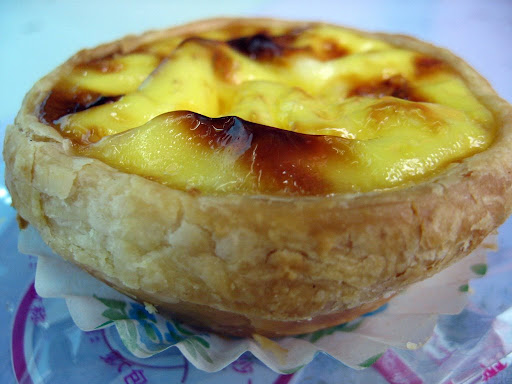 And finally, a Macau-style egg tart (2.5 RMB) that I picked up on the long walk home. It was so hot it shocked my two front teeth.