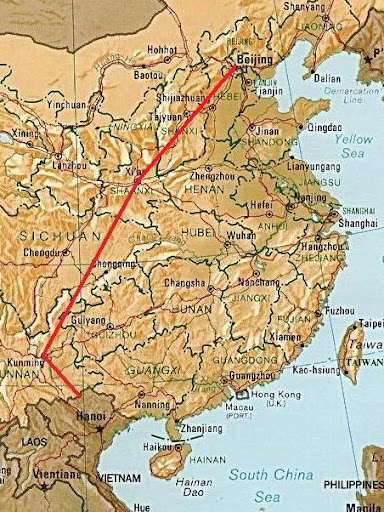 After two too short days in Xi’an, The Astronomer and I packed up our bags and flew to Beijing on Air China, the country’s national carrier. 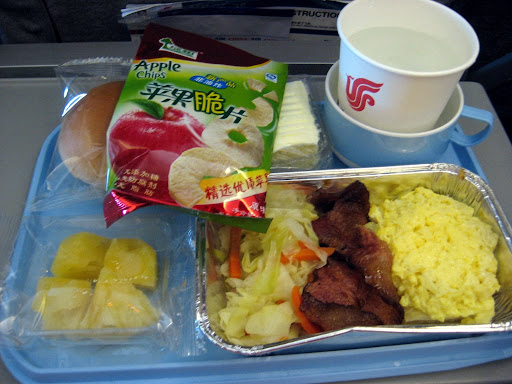 It was another painfully early flight. The two breakfast options we were given on board were “Chinese” or “Western.” We both chose Chinese to start, but I quickly changed my mind after The Astronomer opened up his entree to reveal a mysterious gray porridge.

My Western breakfast consisted of sauteed cabbage and carrots (what part of the West eats this in the morning?), bacon, scrambled eggs atop buttery toast, pineapple cubes, apple chips, a roll, and a piece of cake. Westerners LOVE cake for breakfast.

The cabbage and carrots were the first to disappear. The eggs atop toast were a bit soggy, but still edible. The bacon was chewier than it ought to have been, but I still kinda liked it. Clearly, this girl was hungry. I gifted The Astronomer a roll and a piece of cake which he Hoovered up. 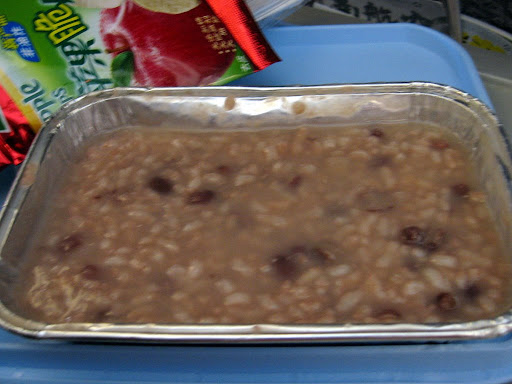 And this, my friends, is what the Chinese supposedly eat for breakfast. The Astronomer took 1.5 bites and called it quits. For some bizarre reason, the combination of stewed rice and black beans tasted like water—it was the strangest thing. We both regretted waking up from our naps to down this slop.