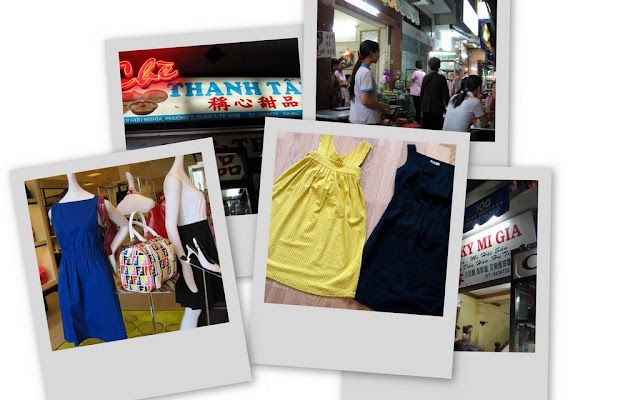 District 5, also known as Cho Lon, is home to Saigon’s Chinese population. Unlike Chinatowns in America, the shift from neighboring districts into Cho Lon isn’t nearly as dramatic—there isn’t an ornate archway like in Philly. On the surface, District 5 more or less resembles every other district in this sprawling metropolis but with the addition of Chinese characters on storefronts, and maybe a few more steamed bun carts.

The Astronomer and I ventured into Cho Lon to Christmas shop last December, but haven’t found any reason to return since. That was until Hanh, The Astronomer’s Vietnamese teacher, mentioned that she knew a kick-ass tailor in that part of town. Like my good pal Miss Adventure said, getting custom made clothes can be a real treat. 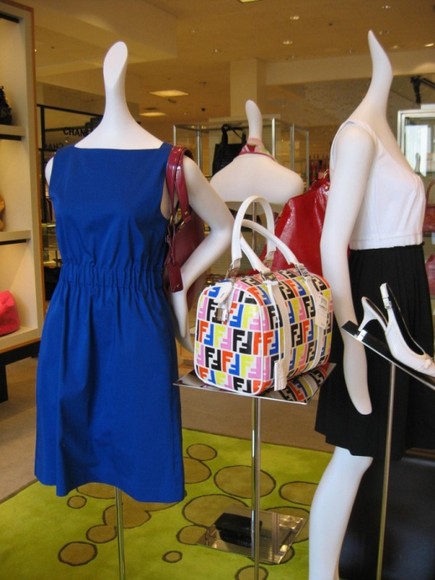 On one very ordinary weekday evening, The Astronomer, Hanh and I ventured to Cho Lon to get some new threads made. Prior to our visit to the tailor, The Astronomer and I went fabric shopping at Cho Tan Dinh on Hai Ba Trung Street in District 1. I commissioned two dresses to be made—a replica of a dress I purchased in Bangkok and a dress designed by Theory (above) that I took pictures of when I was back in California. The Astronomer commissioned a pair of corduroy pants and a T-shirt. After the tailor took our measurements and collected a deposit, we headed to a nearby che (Vietnamese sweet soups) shop (Che Thanh Tam – 98 Bui Huu Nghia Street, District 5) for a bite to eat. 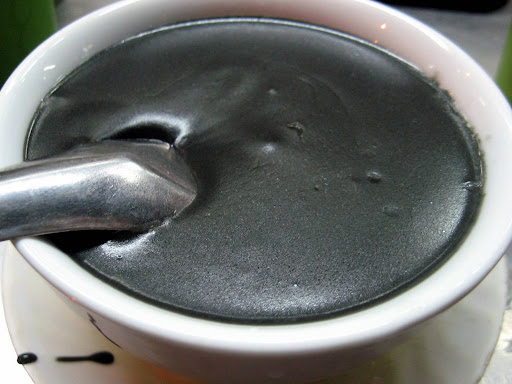 I grossed out both of my dining companions by ordering the che me den—sweet black sesame seed soup. The che was served warm and resembled tar, but trust me, it really tasted great. The flavors were sweet, full and nutty. It was even better than the cold black sesame seed Jell-O that I enjoyed so much in Hong Kong at the roast goose eatery. 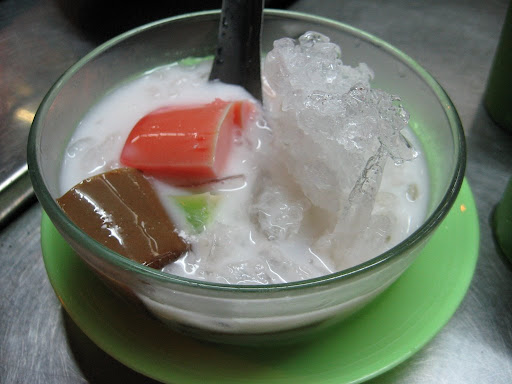 Hanh started off with a faux tofu che that was less fun than a box of rocks. The cubes of “tofu” were made of agar, and even though they were supposed to be flavored with pandan and ginger, they didn’t bring much to the table. 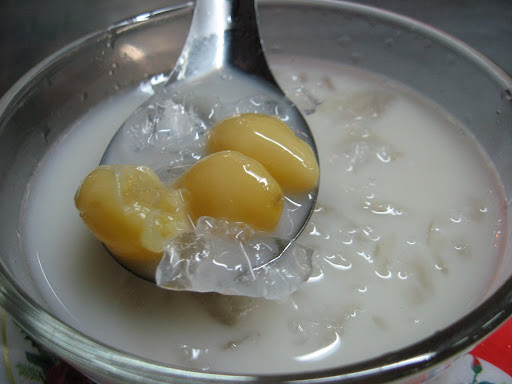 She also ordered a che with bitter beans/nuts because she wanted to introduce The Astronomer and me to something new. Hanh really dug it, but it just wasn’t our cup of tea. Please holla (or just leave a comment) if you know the name of this not so sweet treat. 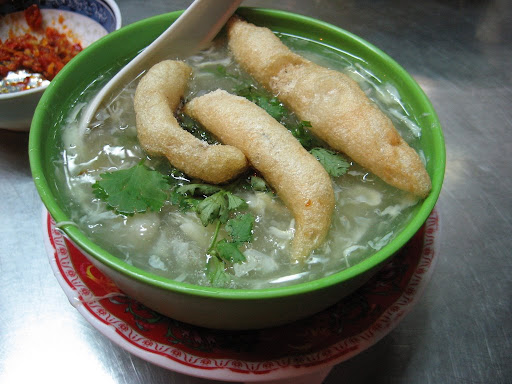 To supplement her two che, Hanh ordered a bowl of pig brain soup (sup oc heo) from the eatery next door. While I’m down with brains, I don’t really like the consistency of Vietnamese-style sup. The broth is just too gelatinous. 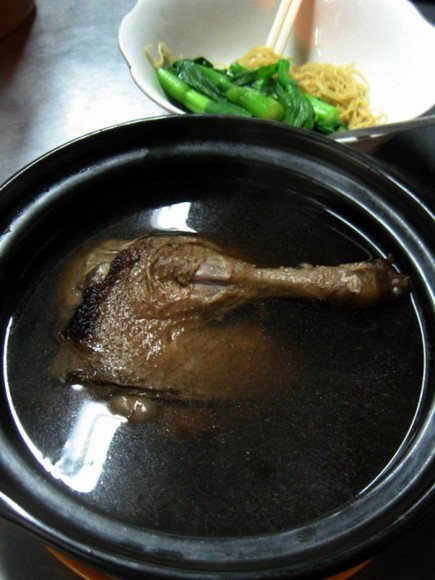 Not much of a che enthusiast, The Astronomer ordered a bowl of mi vit tiem from Quyen Ky Mi Gia which was located on the other side of the che shop. The noodles and greens arrived in one bowl, while the broth and duck leg came in a clay pot. The ratio of meat to noodles was insanely skewed—The Astronomer had to order an extra helping of noodles to balance it out. After enjoying the lunch lady’s version, this bowl of mi vit tiem paled in comparison, especially since it cost four times as much. 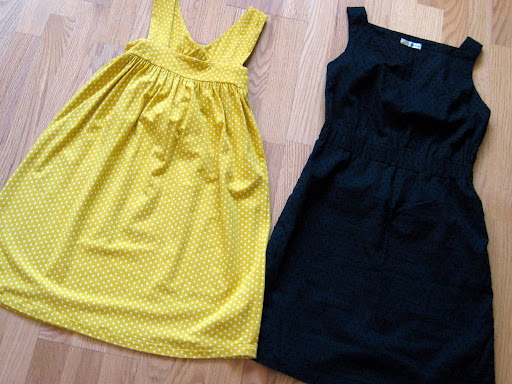 A couple weeks later, The Astronomer and I returned to the tailor to pick up our new apparel. He didn’t get everything right the first time around, but after a few refittings, we left his shop extremely happy clients. Here are my new dresses! And here’s where you should go if you’d like to get some custom made clothes in Saigon (bring a Vietnamese speaker along): Le Phuc – Tailor Extraordinaire (430/1 Phan Van Tri Street, District 5, Ho Chi Minh City. Phone: 0908006538.

5 thoughts on “New Threads and Breakin' Bread in Chinatown”