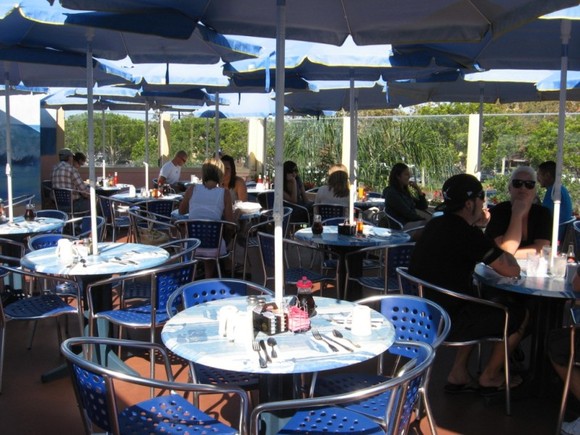 Breakfast is my favorite meal of the day because after hours of solid sleep, my palate wakes up well-rested and game for another delicious day. On the Friday morning before my move to L.A., Cousin Phil took me out for a breakfast of champions at his favorite spot—Broken Yolk Café. Broken Yolk Café does brisk business on the weekends, and hungry breakfast-goers are often greeted with lines out the door. Luckily on our weekday visit, the crowd was thin and under control. 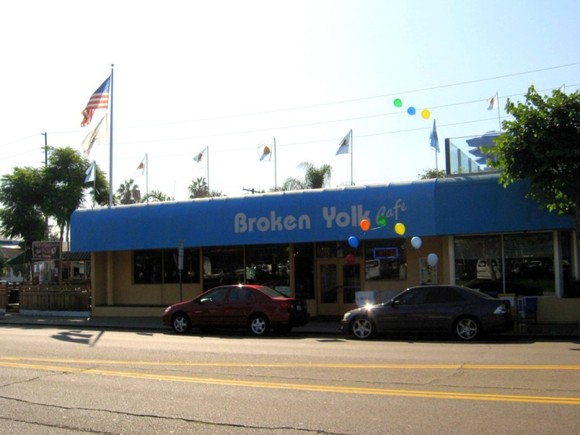 As we walked through the restaurant’s entrance, the host on duty asked if we wanted to dine outside or in. Since the sun was shining brightly and the air smelled of the sea, we settled on al fresco. Although we expected the host to take us to the outdoor seating area on the second floor, he lazily led us to the staircase and handed us menus to take with us. Phil and I are big kids and didn’t have difficulty walking ourselves up the stairs and finding a table, but as a courtesy, he should have guided us to the second floor and properly seated us. Aside from this initial blip in service, the customer care at Broken Yolk Café was friendly and dependable for the rest of our stay. 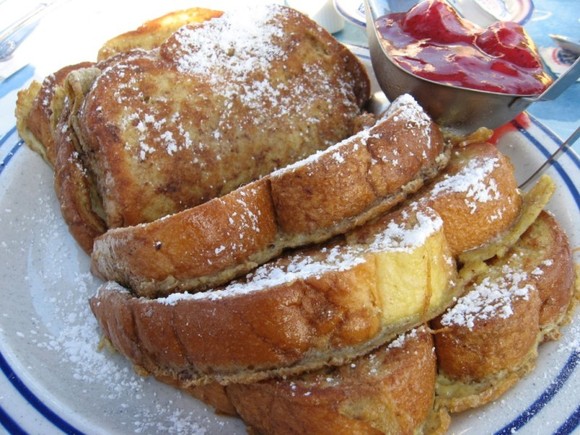 Whenever I go out for breakfast, I almost always order French toast, because unlike pancakes and omelets, French toast is difficult to prepare well at home (unless one has brioche on hand). Broken Yolk’s French toast is made from three thick slices of brioche, which results in a slightly crisp exterior and fluffy interior. Although the French toast were prepared well, the restaurant’s lack of real maple syrup made for a seriously lacking package. Serving high fructose corn syrup with maple flavoring is a cheap shortcut that demonstrates an establishment’s lack of care and good taste. I can’t wait for the day when real maple syrup is the norm at breakfast places. 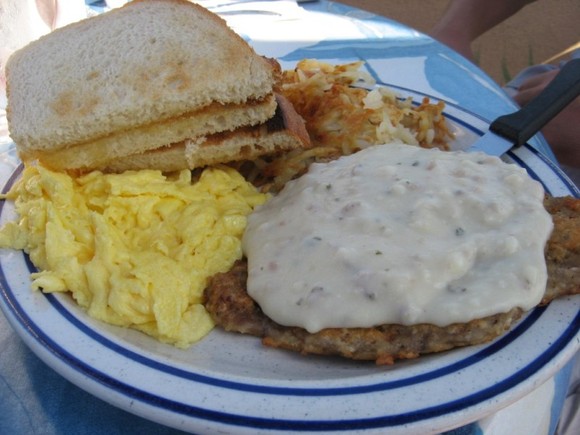 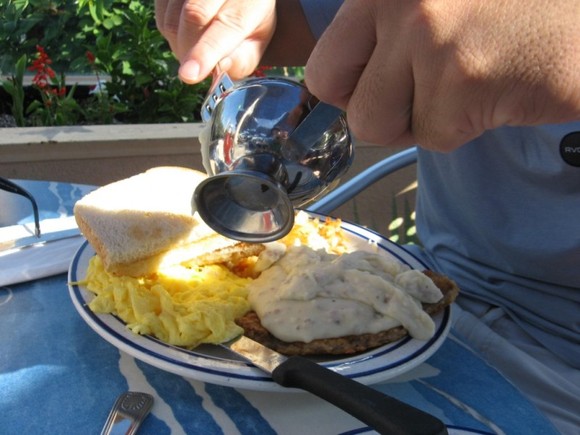 A connoisseur of chicken fried steak, Cousin Phil ordered an extra boat of gravy to spoon on his tenderized cube steak. Although the combination of thick gravy and fried meat was too rich for me, Cousin Phil was more than pleased with his choice and could never order anything else at Broken Yolk Café.

Broken Yolk Café is a good breakfast place, but they could be more mindful about the little things like seating customers properly and investing in real maple syrup. What makes a casual breakfast eatery great are the small details. But with a tagline like “We’ve Got Huevos” and gratis extra gravy boats to boot, I’m not surprised the customers keep coming back.