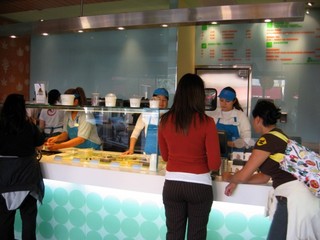 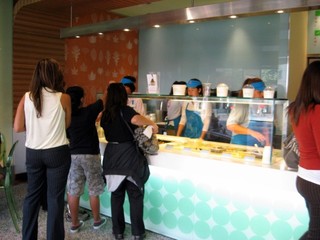 Pinkberry arrived on the L.A. scene in January 2005. Since then, the fro-yo chain has expanded from sea to shining sea—fulfilling a sort of trendy food Manifest Destiny. I wanted to sample the hype when it first came about, but unfortunately a branch never set up shop in The City of Brotherly Love or in Saigon for that matter. So, while Angelenos and New Yorkers were getting their fill of the sour stuff, I had to settle for reading about it in mainstream media and within the blogging community.

Fast forward three years. The fro-yo trend is still going strong with Pinkberry wannabes popping up in strip malls all over town. While the lines at Pinkberry have noticeably thinned out, demand for this genre of sweets appears to be on the up and up.

Although I’m about four years too late, the first classic L.A. food that I wanted to try was Pinkberry. Spago, Sprinkles, The Apple Pan and Pink’s are all on the list, but first things first. 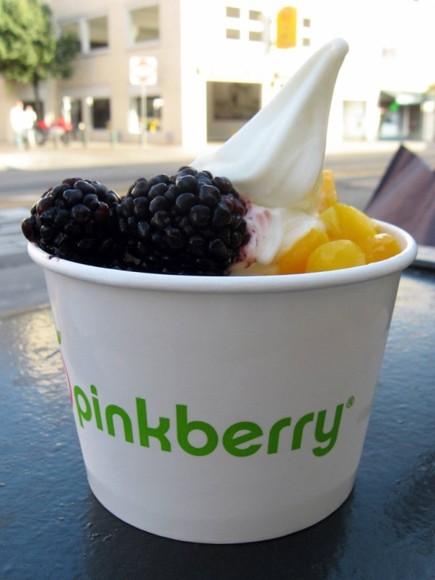 The Pinkberry closest to my apartment is about a mile away in Old Pasadena. My lovely friend Esme, whom I met in Rome while studying abroad, joined me for this highly-anticipated outing. Pinkberry yogurt is made with real milk and is about 20 calories per ounce. There are three flavors of fro-yo to choose from—original, green tea and coffee. Since it was my first visit, I asked the gal taking orders if I could taste each of the three flavors. She obliged.

The coffee and green tea flavors weren’t bad, just unpleasantly sour. Both Esme and I ordered a medium-sized original, which allowed us to choose three toppings each. I chose mochi, blackberries and mango, while Esme went with raspberries, strawberries and blackberries. After spending pennies on food this past year in Saigon, it was painful whipping out five bucks for this thing. 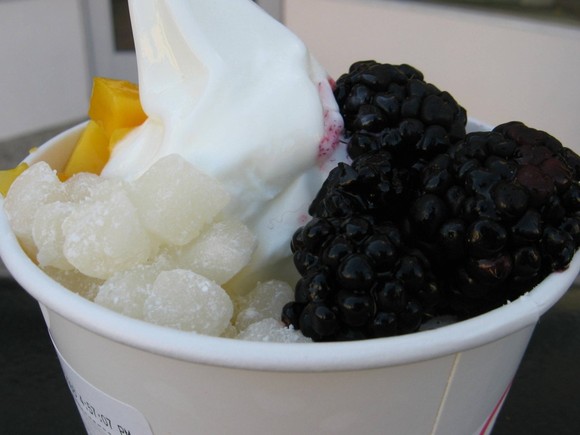 The verdict? Mostly positive, but I’ll probably never return again. You see, when I’m in the mood for a cold dessert, I want it to taste sweet. Pinkberry’s fro-yo and fresh fruits are quite the opposite, and thus do not fit into my spectrum of desired tastes. 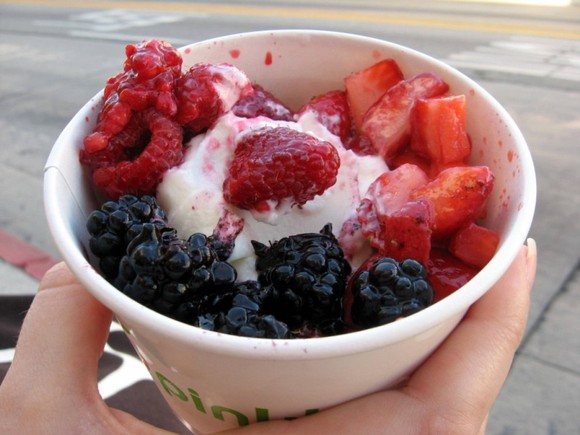 Esme, on the other hand, is totally a sour dessert person. She also likes the fact that Pinkberry is a healthy alternative to ice cream. I’d much rather have ice cream. 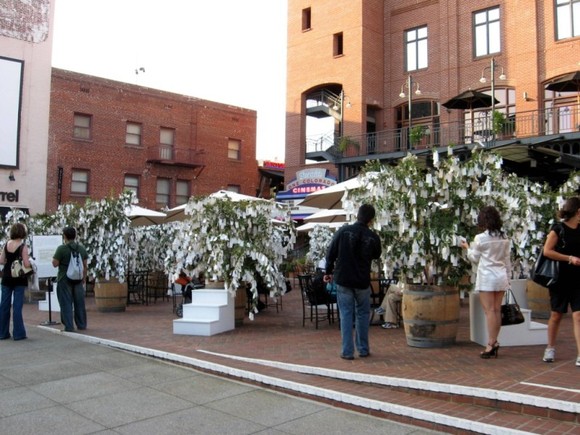 Esme and I ate our fro-yo in a nearby courtyard that was housing a living art installation. 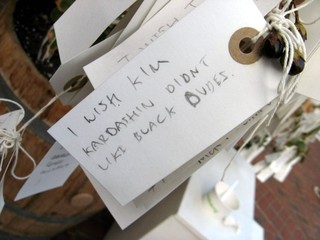 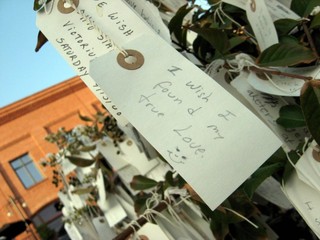 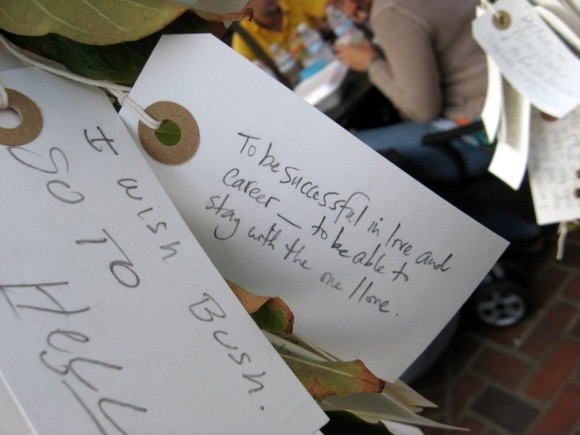 The trees were covered in wishes—some were sweet, while others were sour.