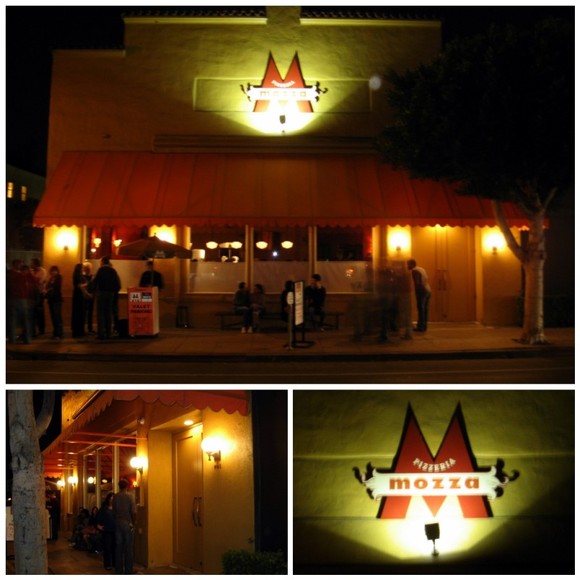 Even though it’s been over two years since Pizzeria Mozza served its first artfully topped wood-fired pie, reservations at a decent hour are still as tough as nails to snag. Nancy Silverton, Mario Batali and Joseph Bastianich are the masterminds behind the pizzeria and its upscale sister restaurant Osteria Mozza, hence the immense popularity. There’s nothing like big names to get diners’ salivatory glands going. Myself included.

I’ve been jonesing to try Pizzeria Mozza ever since the New York Times‘ Frank Bruni professed his love back in May of 2007. I was unfamiliar with Nancy Silverton’s mad skills prior to moving to Los Angeles, but knew of Mario Batali from the Food Network and his New York City eateries Babbo and Otto. I admire how Batali has managed to achieve a certain level of culinary celebrity without sacrificing his credibility as a chef or the quality of his ventures. Bravo! I also like how he blasts tunes from his personal iPod at Babbo and still manages to keep all three stars. 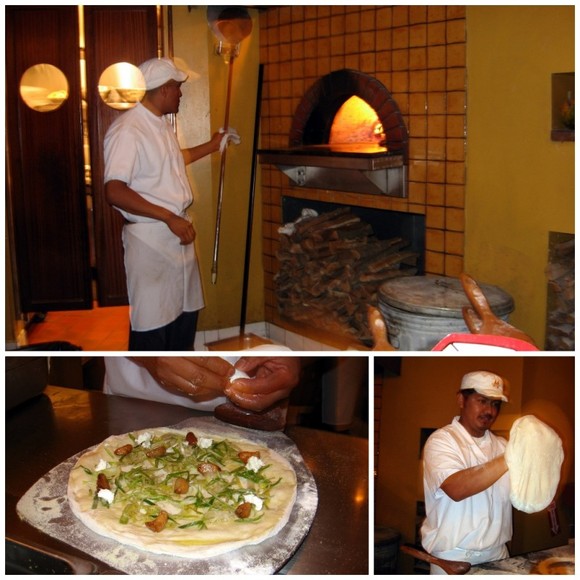 The best seats in the house at Pizzeria Mozza are those facing the wood-fired oven, which The Astronomer and I were fortunately seated at. Throughout our meal, we were mesmerized by the cooks masterfully working the dough, carefully arranging the toppings, and cautiously firing each creation. If you find yourself sitting at the bar, make sure to chat it up with Caesar (bottom right)—he’s a cool cat and makes excellent recommendations. 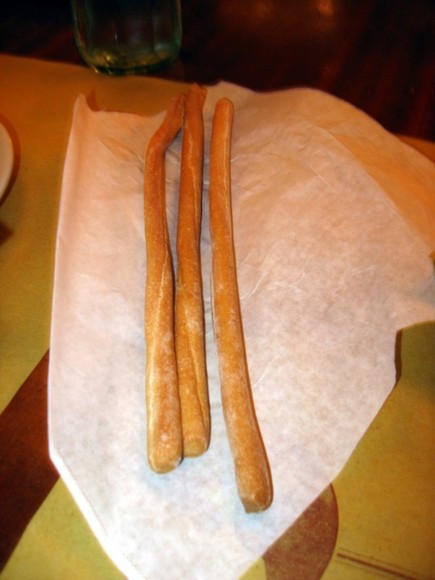 While we waited for our pizzas to arrive, we munched on some fantastic bread sticks. I’ve read that the appetizers are great, but since it was a weeknight outing, we didn’t feel like making it a three course affair. No worries, we’ll be back. 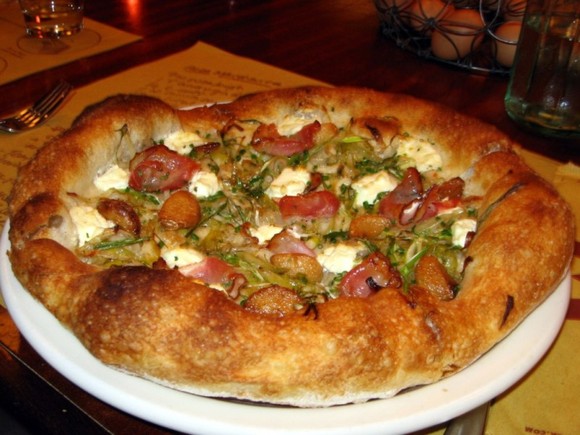 The Astronomer ordered a pizza with Coach farm goat cheese, leeks, scallions and bacon ($15). The pie measured a foot in diameter and was cut into four generous slices. Although not on the menu description, the pizza also contained whole cloves of roasted garlic, which were sweet without a trace of bitterness. Yum! The crust was thin in the middle and bulbous around the perimeter. The crust was enjoyable, but for The Astronomer, it was the combination of toppings that made the pie spectacular. 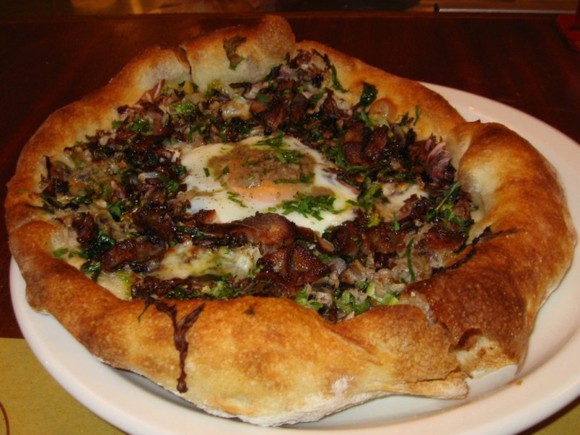 I ordered the egg, guanciale, radicchio, escarole and bagna cauda ($14) because I’m a sucker for runny eggs atop pizza pies. The combination of ingredients challenged me—the radicchio was bitter, while the bagna cauda tasted of the sea. Unlike The Astronomer’s pizza, mine wasn’t as easy to love because the flavors were bold and competed with one another. Next time, I’m going for the fennel sausage, panna, red onion and scallions combo. 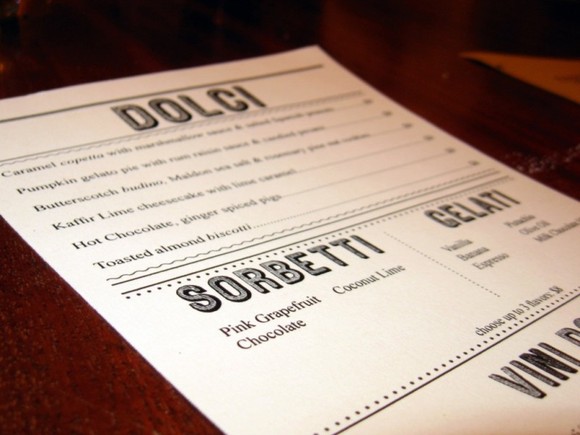 For dessert, we asked our man Caesar which one was his favorite. Without hesitation he recommended the butterscotch budino ($9), which so happens to be Frank Bruni’s favorite too. 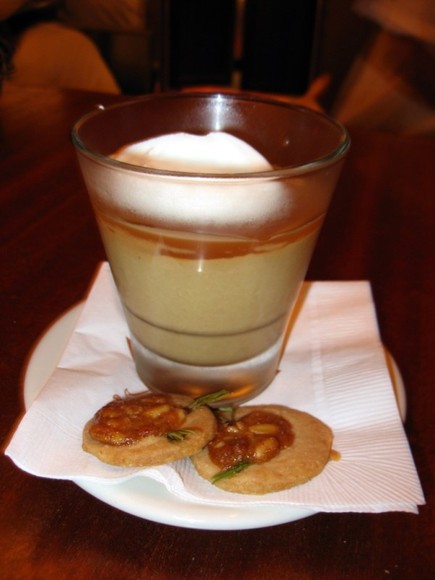 Frank Bruni calls the butterscotch budino “a pudding to shame all other puddings,” and I agree with him wholeheartedly. The smooth butterscotch pudding is topped with whipped cream, a thin layer of sweet caramel and an ample sprinkling of sea salt. The double punch of sweet and salty made me squeal. Really! The pudding was served with two pine nut and rosemary cookies on the side. Good times.