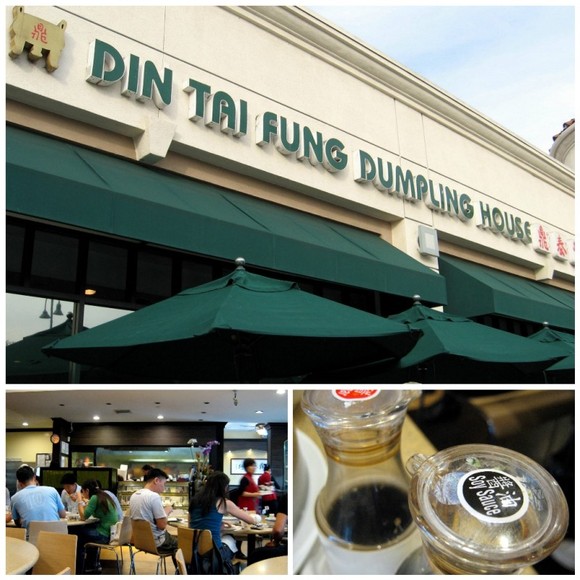 Pretty much ever since we got to L.A., The Gastronomer and I have been hearing great things about Din Tai Fung Dumpling House, an establishment owned by a Taiwanese family that also operates celebrated restaurants in Shanghai, Japan, and Hong Kong. We both love dumplings (in my case, perhaps love is not a strong enough word—I’m obsessed), and these were rumored to be the best in the area. Reviewers claimed that they would happily drive an hour or more across the metropolitan area just to feast on Din Tai Fung’s soup-filled delights. Even though The Gastronomer and I did not possess a car, we began to plan a journey to Arcadia by bus.

Fortunately, The Gastronomer’s Mom recently hooked us up with our own set of wheels, and now getting to Arcadia is a snap. We visited Din Tai Fung one Saturday for a late lunch. The dining room wasn’t tremendously large, but it was certainly well-appointed and a happening place. We perused the menu while we waited for a table. Obviously, we had to try the classic pork dumplings, but what should be our second dumpling choice? The Gastronomer considered adventurously trying the fish dumplings. She asked the hostess for her opinion, and the look she got back made it clear that fish was not a good idea. It was suggested that we order the pork and shrimp shiu mai instead. We were glad we did. 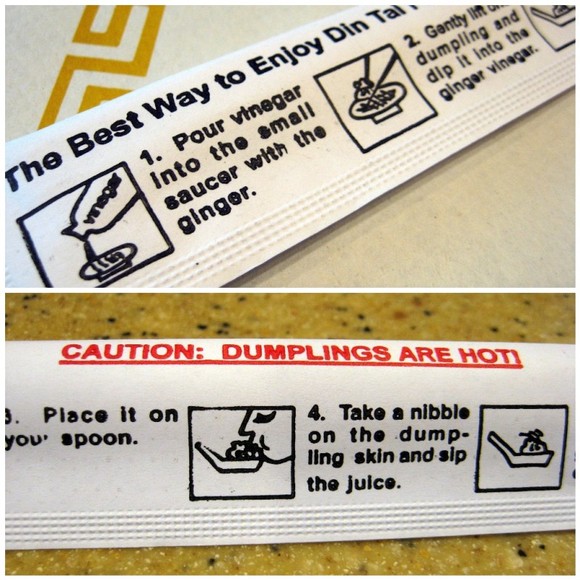 While we waited for our food, we studied up on the proper way to eat Din Tai Fung dumplings. I tried following the directions for a few dumplings, and also tried just popping the whole thing in my mouth at once. They were awesome both ways.

As explained in the instructions shown above, the dumplings were served with a vinegar dipping sauce with freshly julienned ginger. I’m used to dipping my dumplings in soy sauce, which was also provided, but this was better. 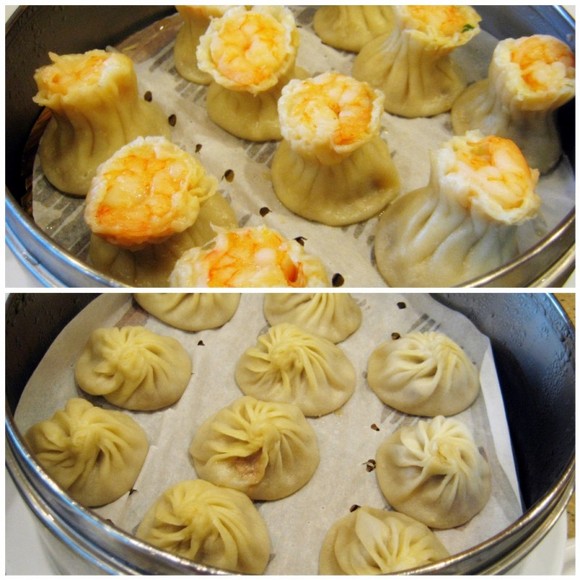 The dumplings were wonderful. The Pork Dumplings ($7.25) were round and filled with broth, while the Pork and Shrimp Shiu Mai ($9) each had a whole shrimp inserted into their open tops. We couldn’t decide which variety was our favorite, but The Gastronomer particularly loved the plump and juicy shrimp atop the shiu mai. As we never made it to Shanghai during our Asian travels, this was my first experience with soup-filled dumplings, and I can’t say for certain how Din Tai Fung’s stack up. However, I preferred them to any of the Northern Chinese-style dumplings that I ate in Hong Kong, Xi’an, and Beijing, which were amazing to begin with. The wrappers weren’t too chewy, the meat was seasoned just right, the sweet broth added an extra burst of flavor and warmth, and the ginger dipping sauce really brought everything together. What a treat.

In my opinion, Din Tai Fung is totally worth the hype, and also worth the price, which seems to be people’s only complaint about this place. Ever since living in Vietnam, my appetite for eating huge portions of meat at one sitting has decreased considerably (see Korean barbecue—I felt a bit ill after that meal), so twenty dumplings was just about right for us.

On our way out of Din Tai Fung, I spotted a newspaper article on the wall that described the restaurant’s history. Apparently the son of the Taiwanese founders immigrated to America many years ago, but his parents encouraged him to pursue non-restaurant careers because food service was too demanding and time-consuming. While he was toiling away as a garment inspector, he witnessed several impostor Din Tai Fung restaurants spring up in California, trying to take advantage of the Asian branches’ notoriety. Each of them produced an inferior product and eventually closed. Tired of seeing his family’s name tarnished, the son gave in and opened his own restaurant, a true Din Tai Fung Dumpling House. It seems like he’s making the dumplings right.