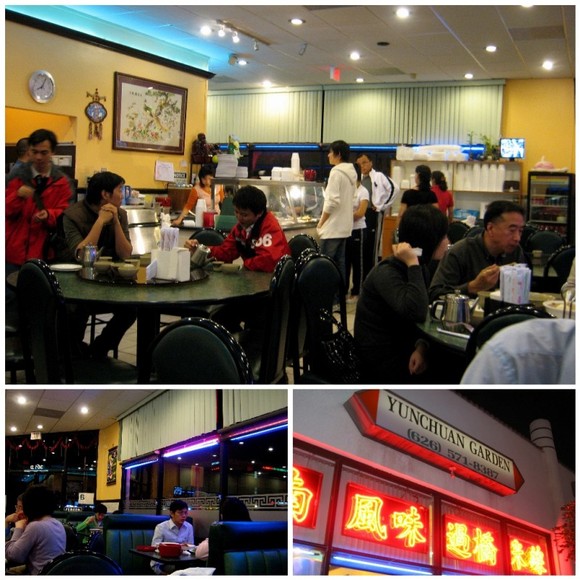 The last time my mom and I met up for dinner, we ended up at Steven’s Steakhouse—my vote for the worst restaurant of 2008. After that traumatic meal, we vowed to never again dine in the city of Commerce. These days when my mom rolls into town, The Astronomer and I meet her in Monterey Park, halfway between her hotel and our home in Pasadena.

Monterey Park has the largest population of Chinese descendants in the U.S., which means that Cantonese seafood restaurants and mainland Chinese noodles and dumplings can be found at every turn. Mmm!

Our initial plan was to check out Dim Sum Express on Garfield Avenue, but by the time we arrived the shack had already closed for the day. On a whim and a recommendation from Tony C. of SinoSoul, we jammed across the street to dine at Yun Chuan Garden. 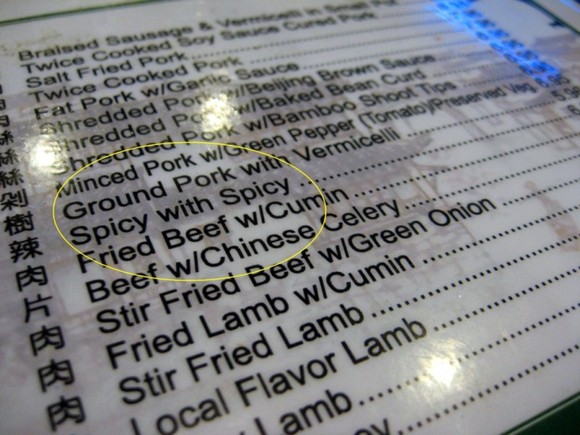 Without any prior research on what to order at Yun Chuan Garden, we skimmed the menu and each picked out a dish that sounded good. However, due to the fact that the English translations on the restaurant’s menu were overly simplified, it was difficult to differentiate one dish from the next—every item sounded great. We considered ordering some “Spicy with Spicy” out of curiosity, but the image of chili peppers stir fried with additional chili flakes didn’t really move us. 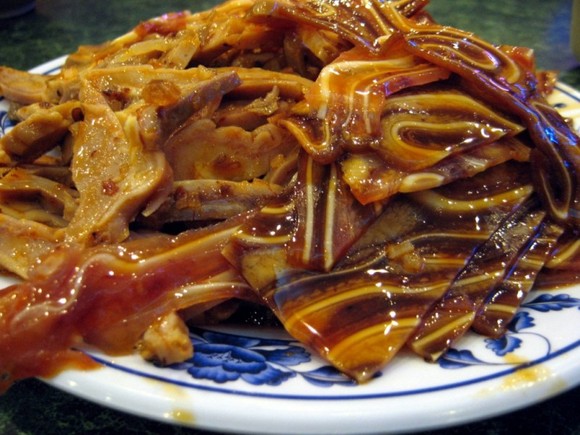 We started off with an appetizer platter that my mom ordered from the front counter. On the left is pig stomach and on the right are glistening pig’s ears. Both were marinated in spicy chili oil and served cold. My mom and I love our offal, so we dug right in. The ears were too chewy for The Astronomer, but he enjoyed the stomach as much as my mom and I did. 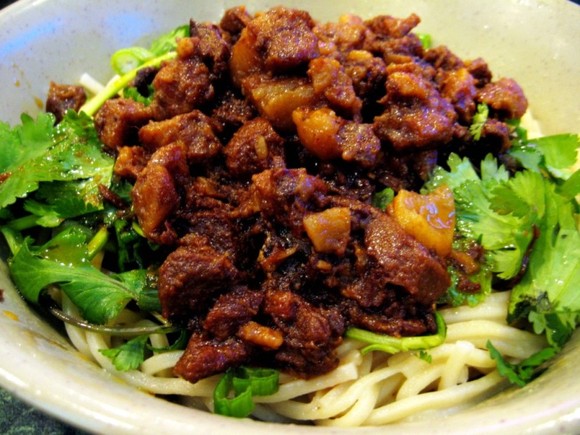 My contribution to our family-style meal were “Yunnan noodles with special sauce” ($5.28). These noodles tasted just like the ones The Astronomer and I ate this past summer while traveling through Kunming, China. 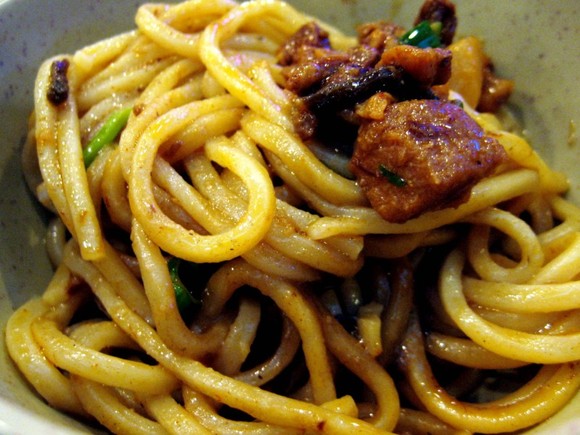 This is what the noodles look like after they’ve been properly mixed in with the toppings. The bulk of the dish’s flavors comes from the beef, which is marinated in a deliciously spicy, oily, and salty sauce. The egg noodles have a distinct bite to them and absorb the beef’s bold flavors well. A bowl of hot broth is served on the side for those desiring a more traditional noodle soup. 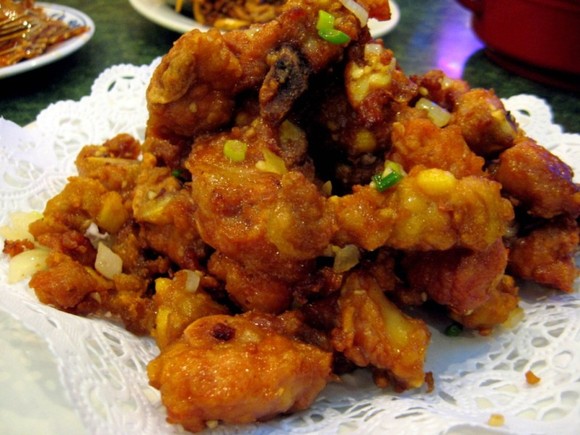 My mom chose the “spare ribs with garlic sauce” ($7.95). We were all a little surprised when the spare ribs arrived deep-fried because we were expecting them to be braised. Even though our expectations were dashed, each of us gnawed happily on the garlicky little ribs sprinkled with fresh chilies. It’s hard for me to dislike a pork dish, especially one that’s served atop a doily. 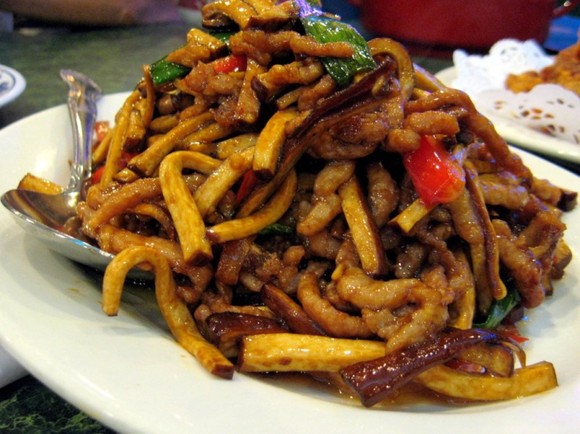 For our final dish, The Astronomer chose the “shredded pork with baked bean curd” ($6.95). The bean curd had a hearty texture that was more meat-like than other soy products I have tasted. The pork and bean curd were seasoned in a similar fashion to fast-food Chinese dishes—salty and not very spicy.

After such a horrendous dining experience at Steven’s Steakhouse the last time we got together, we were all pleased as pie with our dinner at Yun Chuan Garden. Even though Plan A didn’t quite work out, the quantity and quality of dining options in Monterey Park makes it nearly impossible to make a poor choice (even in a pinch).