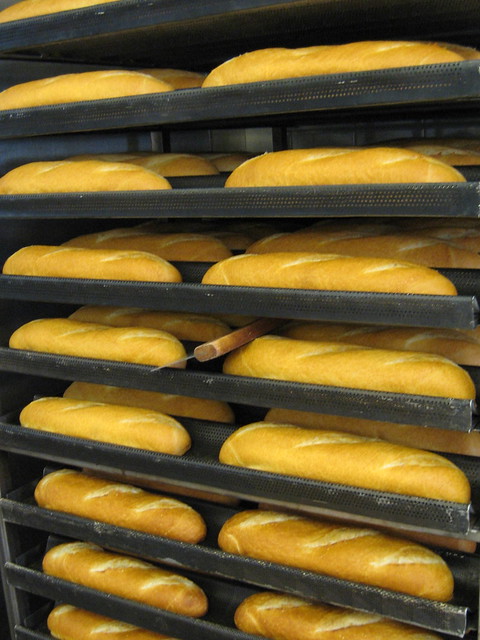 I saw the billboards all over town: Disneyland—Free On Your Birthday! I figured that the promotion was just for small fries or that some other catch was involved. Upon further research, I was stoked to discover that the claim was truly as simple as it had initially seemed.

The Astronomer and I headed to the Happiest Place on Earth on an uncharacteristically rainy and cold California day to celebrate my 27th birthday. I’ve been going to Disneyland since I was kid and Love the park with a capital L. As far back as I can remember, my mom always packed along a lunch of banh mi for our family to eat during our day at Disneyland. Even now when I visit the park without my mom and brother in tow, I can’t imagine eating anything other than Vietnamese sandwiches at lunchtime.

Sticking with tradition, The Astronomer and I made a quick stop at Ba Le French Sandwich & Bakery in Alhambra before driving down to Anaheim. Ba Le was recommended to me by gas•tron•o•my reader Sharon, who is currently down in North Carolina, but grew up in the San Gabriel Valley. Thanks, Sharon! 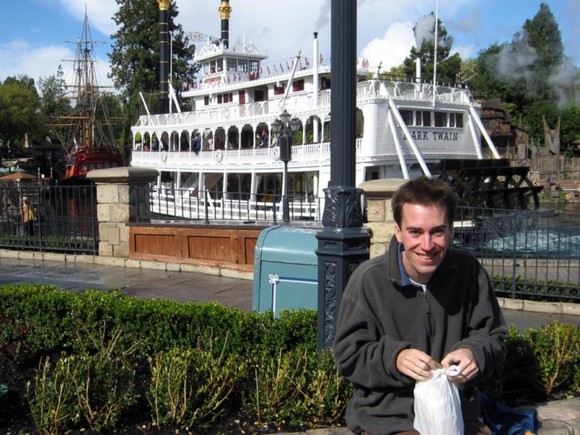 We picked up three sandwiches to-go—banh mi thit nuong, banh mi thit nguoi, and banh mi nem noung. We entered the park around 11 AM and were ready for lunch soon after. We dined on the edge of Frontierland’s Rivers of America. Doesn’t The Astronomer look super-excited about Sandwiches Time? 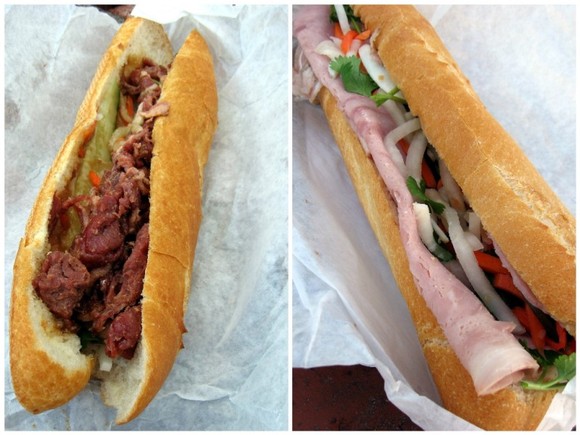 First up was the banh mi thit nuong (barbecued pork). Whereas the version at Banh Mi & Che Cali featured lemongrass marinaded pork, the pork in this one was very sweet. The Astronomer didn’t like it as much as the lemongrass version, but I was down with the honey-based marinade.

Next, we split the banh mi thit nguoi, which was comprised of a variety of cold cuts, forcemeats and my favorite, pate. Everything was terrific, but I would’ve liked a thicker shmear of pate because Ba Le’s baguette is quite thick, and thus requires an improved ratio of bread to flavorful fixins. By the way, both sandwiches were humongous, so we had to save the third one for later consumption. 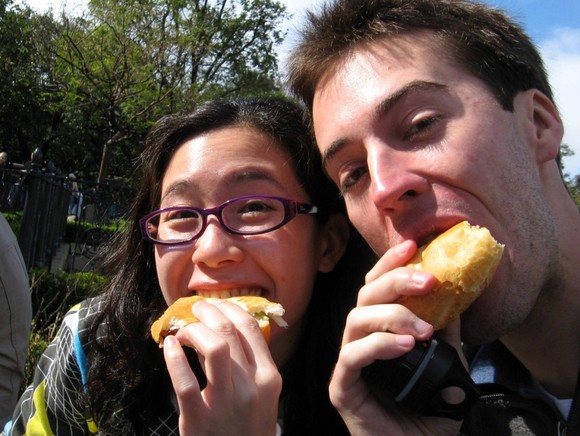 The happiest kids on earth at the Happiest Place on Earth. 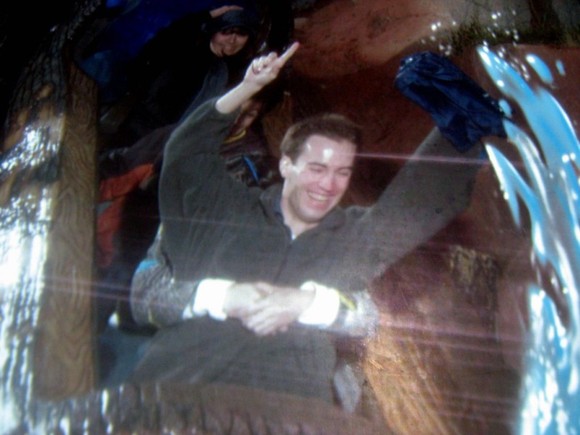 After lunch we went on Splash Mountain twice in a row because there were no lines to speak of. You can’t see my face because I am hiding from the impending splash. 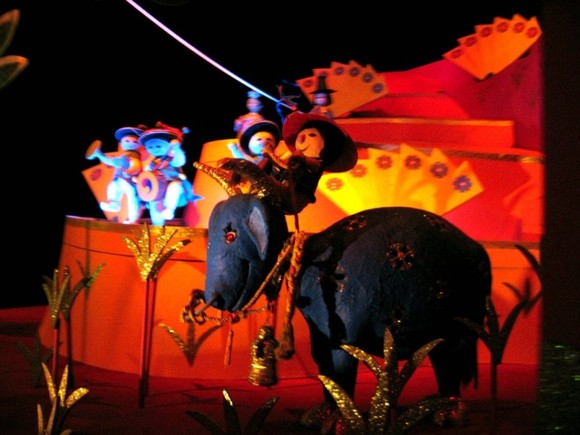 The Astronomer’s stomach didn’t feel so hot after downing two sandwiches and dropping 50 feet twice in a row, so we headed to Fantasy Land to take in some calm little kiddie rides. Here’s a pic of the Vietnamese contingent in It’s a Small World. 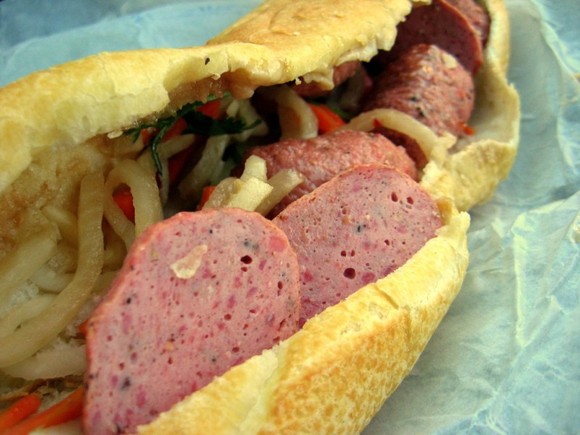 Our third sandwich took a severe beating, so pardon it’s wilted appearance. The nem noung (meatballs) was on par with the other two sandwiches and would’ve tasted loads better earlier in the day. 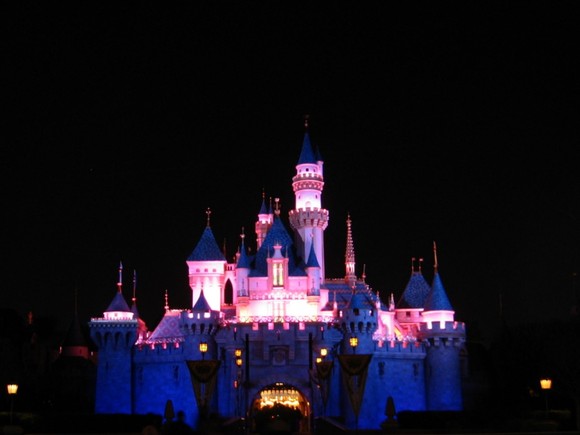 Not only did Disneyland treat me to an awesome day at the park, but they also gave The Astronomer and me free passes to California Adventure to use on a later date because we’re Southern California residents! How cool is that? You betcha boots we’re gonna bring more banh mi sandwiches on our next visit!