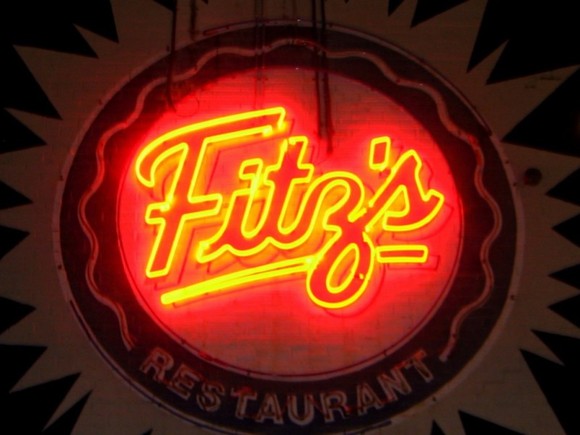 Fitz’s root beer was first produced in 1947 and sold alongside hamburgers and fries at a small drive-in located in Richmond Heights, Missouri. The eatery and root beer production shut down in 1970 when the owner retired. It wasn’t until 1985 that the original Fitz’s root beer recipe was resurrected and “St. Louisans once again could enjoy their favorite root beer in bottles.” 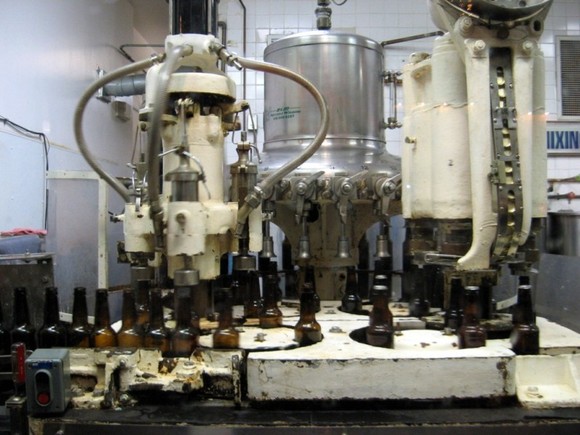 Fitz’s American Grill & Bottling Works opened in 1993. According to the eatery’s official website, “To assure authenticity, the call went out for a vintage bottling line. Incredibly, a 1940’s bottling line was found in an old barn in Shawano, Wisconsin. It was refurbished and installed at the restaurant, where it is visible from every table on the main floor. Fully operational, the bottling line can turn out a bottle every second.”

Wes and I sat on the second floor and thus avoided being treated to non-stop bottling action and unflattering florescent lights during our meal. 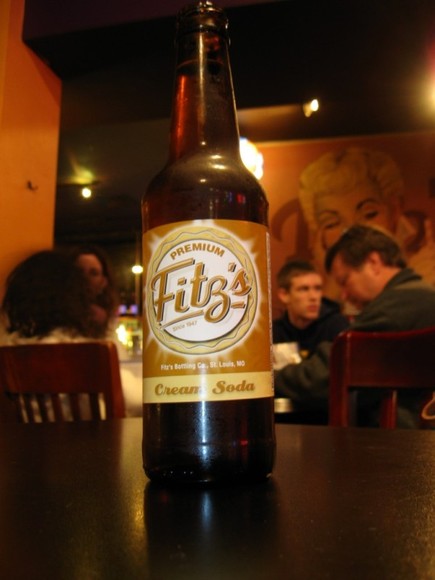 To kick things off, Wes ordered a root beer served in an icy mug, while I ordered a cool bottle of cream soda ($2.19). My vocabulary isn’t Swarthmorean enough to describe the cream soda’s nuanced flavors, but I assure you that it was superior to everyday root beers like Mug and A&W. There’s definitely something spicy in the mix that gives the brew a smooth and mellow kick. The secret root beer formula was developed with the help of a flavor house in St. Louis and remains a closely guarded secret to this day. 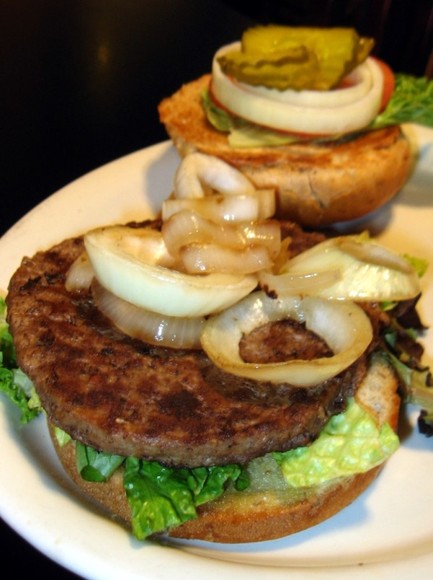 The menu at Fitz’s features all-American favorites like pizzas, pastas, wraps, sandwiches and burgers. I ordered a bison burger—a lean bison patty grilled and topped with spring mix, a tomato slice and onions, and served with a side salad ($9.99).

The bison patty was as dry as a bone, while the grilled onions were raw and the spring mix was a wilted mess. I kept sipping my cream soda to moisten up the meat and help it down my esophagus. 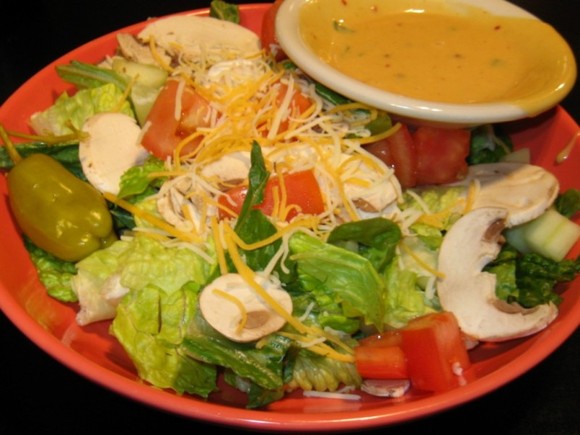 The side salad served with my burger was substantial and uninspiring. Poorly made salads are why Americans have a tortured relationship with vegetables. 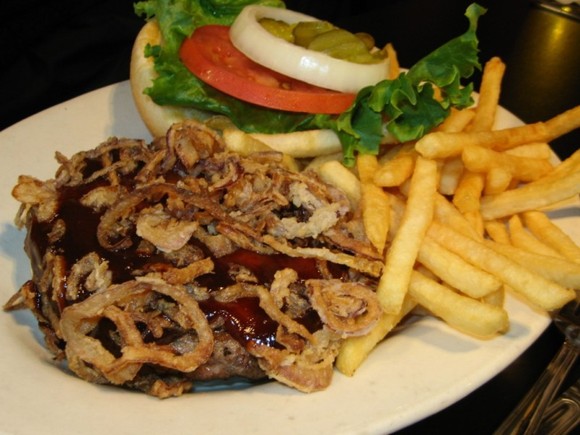 Wes went for a BBQ burger with Colby Jack cheese, BBQ sauce and onion tanglers ($8.19), which really satisfied his burger tooth. In retrospect, I probably should of gone for some fatty cow instead of the bony bison. 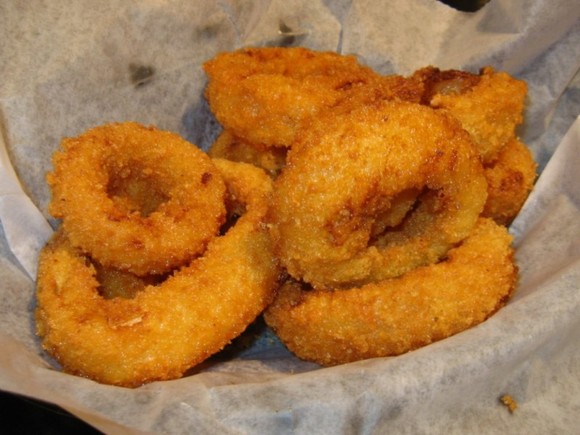 We also shared an order of onion rings, the first of many during my stay in St. Louis. The freshly fried ringers were of the mass-produced-in-a-factory variety, which is to say that they were tasty and greasy, but not so special.

Come to Fitz’s for the house special root beer, cream soda, and ice cream floats, but don’t bother with the grub. It’s not worth the space.