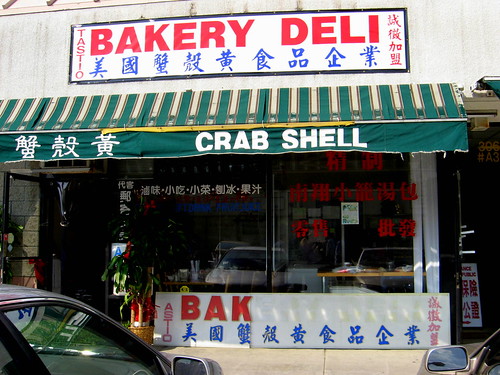 Don’t let the bold script on the storefront fool you. Dean Sin World is neither a “bakery” nor a “deli.” There is also no “crab shell” on the premise. All you need to know about Dean Sin World can be summed up in three words: Party time. Excellent.

Dean Sin World came highly recommended by Tony C. of SinoSoul. The boy is completely mad about the place and even offered to join me to help navigate the Chinese/obscure English menu. I took him up on his generous offer with my friends Bex and Laurie, and our three boy toys in tow.

The woman who runs the joint and Tony C. are super-tight because he dines here a lot. Having a regular in our group boded well for superb service, jovial banter (in Chinese, of course), and big smiles (universal language). 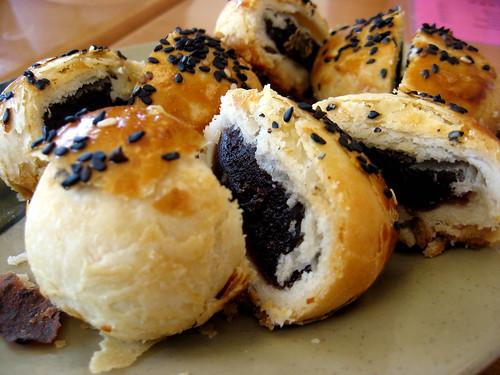 Our midday meal began with complimentary fresh-out-of-the-oven red bean paste buns. These sweet and flaky treats were warm to the touch and well-received by everyone. Dessert buns that I’ve eaten in the past have usually come from Chinese bakeries where they’ve been sitting around for a while. These, on the other hand, were wonderfully fresh. The quality and care that went into them really showed in the taste. 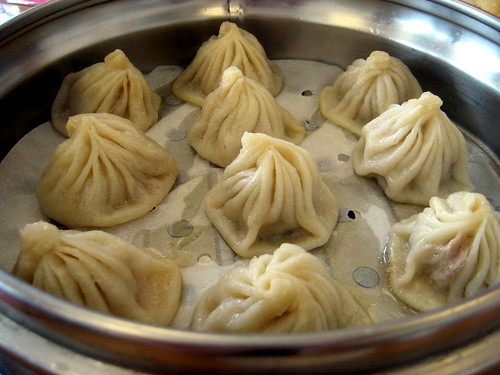 Next, we dug into some xiao long bao ($4.85). Juicy and savory pork wrapped in deliciously pliable wrappers—what’s not to love? 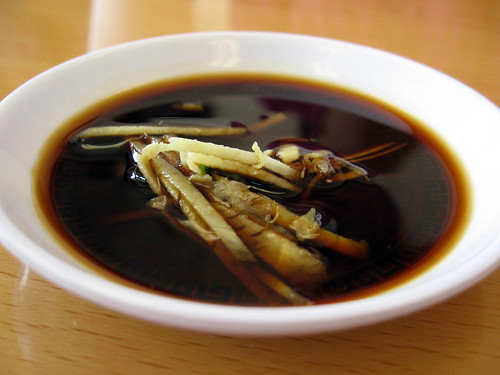 The pork dumplings paired well with vinegar and shards of fresh ginger. 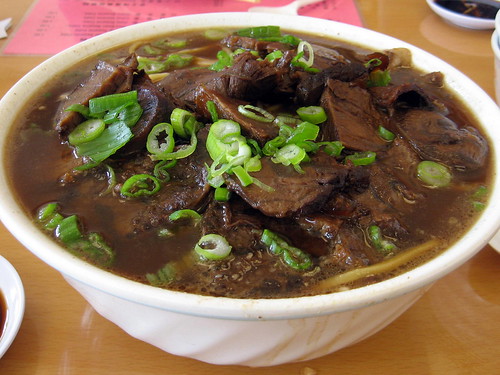 A giant steaming bowl of beef noodle soup arrived next. The broth was pleasantly salty, while the beef was tender and plentiful. The noodles were linguine-like in width, eggy in flavor, and al dente in texture. The beef noodle soup is listed only in Chinese on the restaurant’s menu. Thank goodness Tony C. was around or else we would’ve really missed out. 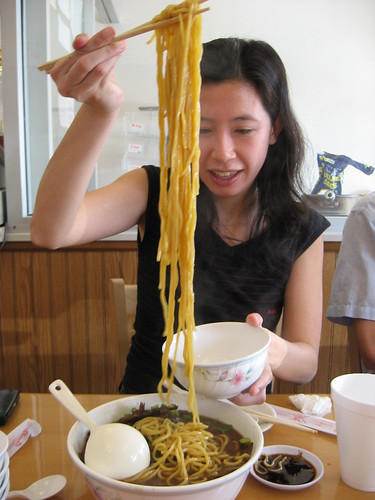 Macro photography has a funny way of tricking the eye, so let it be known that this bowl of noodles was more than enough to divide six ways. I divvied up the goods with my masterful chopstick skills. 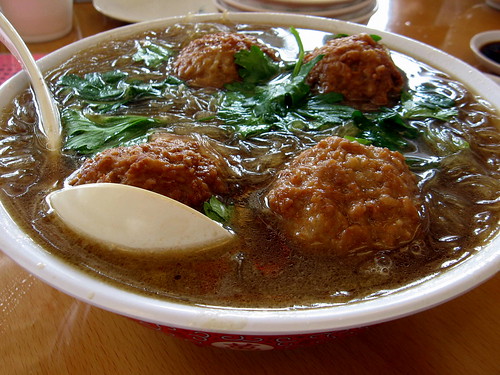 The Lion’s Head Soup, which is also listed only in Chinese on the menu, was spectacular. According to Tony C., the unique texture of the meatballs inspired the soup’s colorful name. The thin glass noodles provided a pleasant contrast to the soft and plump meatballs. Pure awesomeness. 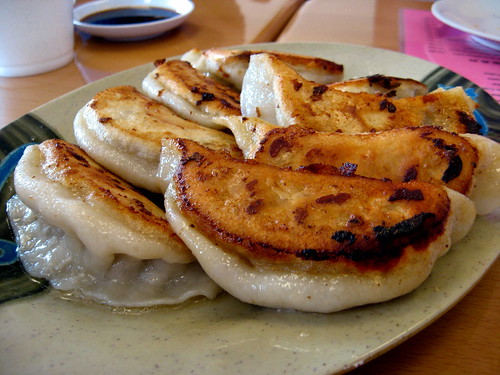 The pan fried dumplings ($4.80) had a nice sear and disappeared quickly. 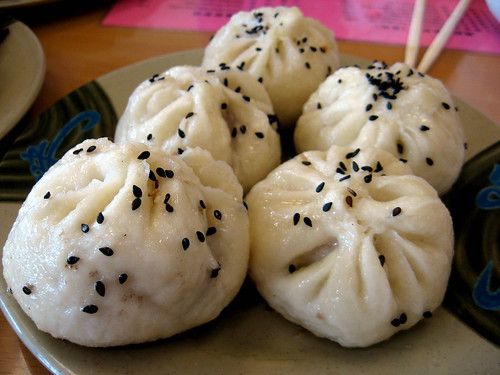 These buns with black sesame seeds tasted similar to the “bread food” that The Astronomer and I downed at Qing Dao across the street. Whatever space our group had left in our stomachs was taken up by these thick and bready dumplings. 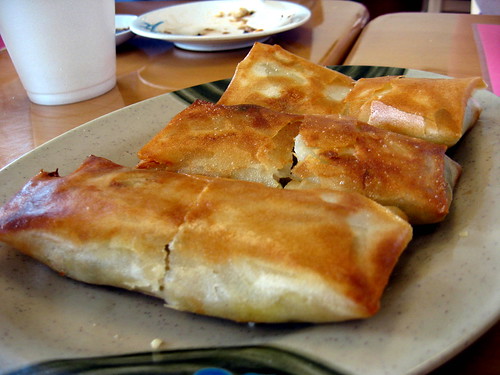 Just as we were about to burst, the kind proprietress gifted the table with some egg rolls. Mostly filled with cabbage, these babies weren’t as exciting as our previous treats. We took the bulk of them to-go. 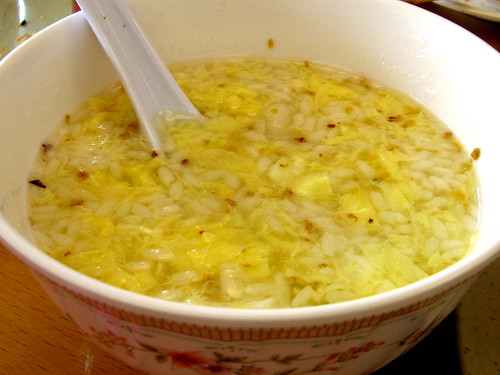 We wrapped up our dim sum gorging with a little something called Wine Blew ($2.70), which was also on the house. The warm and sweet Wine Blew consisted of soft egg curds and cooked rice in a bath of rice wine. After such a pork- and carb-intensive meal, the dessert soup was ultra soothing.

Thank yous are in order to Tony C. for orchestrating such a kick-ass feast and Dean Sin World for their unparalleled hospitality. I was so pleased with the meal that I gave the smiling owner a big hug before we left.