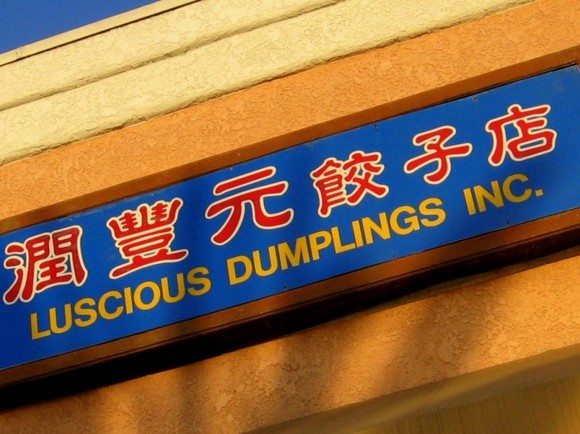 A visit from my longtime friend Luscious Liana provided the perfect opportunity to sample the highly-touted goods at Luscious Dumplings. I’m not sure how the restaurant acquired its name, but my gal pal earned hers during college freshman orientation. Nudge, nudge. Wink, wink. 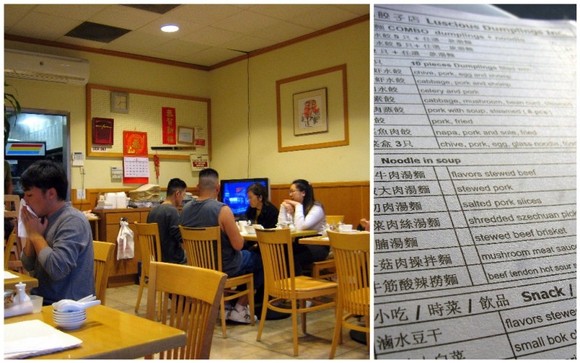 Lush, The Astronomer, and I, along with gas•tron•o•my reader Sharon who was in town for spring break, visited Luscious Dumplings for an early dinner. Both Sharon and I had heard through the SGV grapevine that Luscious Dumplings often runs out of food before its advertised 8 PM closing. We were early birds to guarantee the worm.

We chose a table for four by the window even though the amiable waiter had offered us the highly coveted seats by the television set. Just like at Qing Dao Bread Food and Din Tai Fung, we were presented with a Xeroxed menu to mark-up our order. 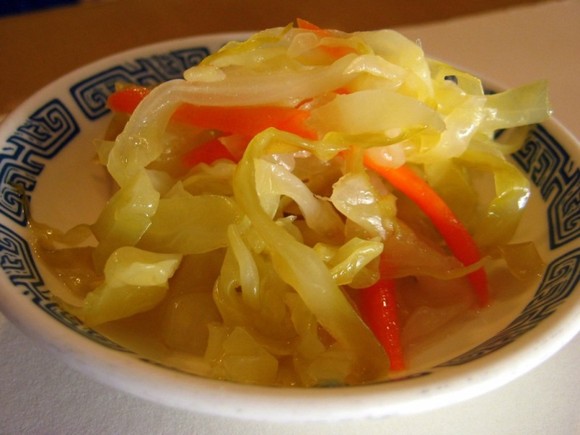 Complimentary dishes of pickled cabbage and carrots arrived at the table first along with water and hot tea. 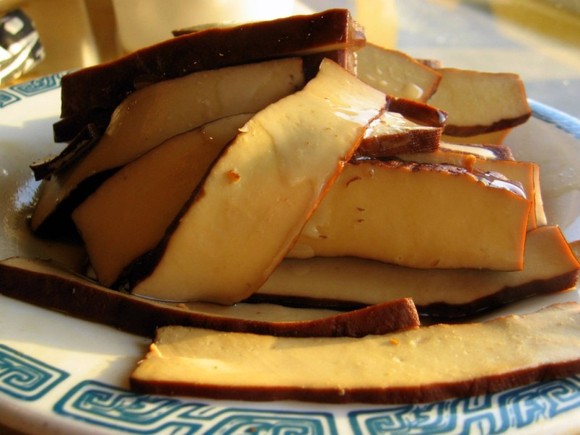 Our first course of the evening was “flavors stewed bean curd” ($3). The firm strips of bean curd were marinated in soy and sesame oil and served cool. The combination of mild flavors and chill temps made for a refreshing starter. 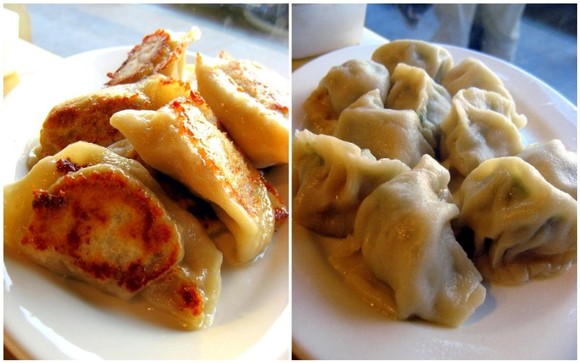 In the dumplings department, we went with an order of pan fried pork dumplings (left – $5.50) and an order of steamed cabbage, pork, and shrimp dumplings (right – $6). Both were terrific, but in totally different ways. The pan fried ones satisfied my greasy / porky tooth, while the steamed ones pleased my mild / clean flavors tooth. Both were marvelously tasty specimens. 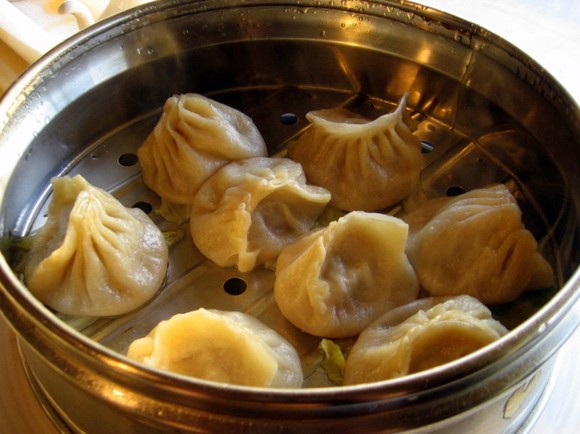 The pork filled soup dumplings ($5.50) didn’t ooze as much juice as the ones from Din Tai Fung, but tasted great drizzled with some hot chili oil and dipped in black vinegar. 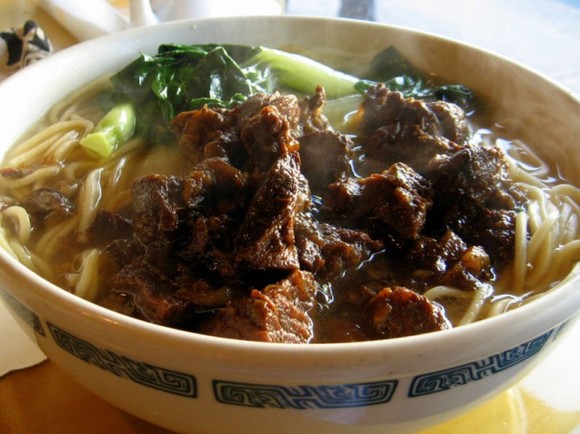 Lastly, we shared a large order of “flavors stewed beef” ($6). The noodles were solid, but not as memorable as the dumplings.

Next stop on the dumplings super highway—Kingburg Kitchen.