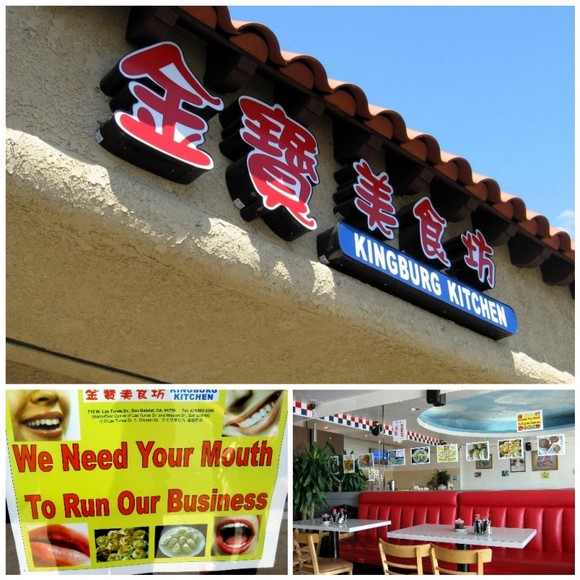 Whenever I walk into a Chinese eatery in the San Gabriel Valley, there’s a very good chance that I’ll be greeted cheerily by the proprietress in Chinese. After saying “ni hao” with confidence, I usually have to come clean and confess that I’m actually Vietnamese.

Sharing a common language has an easy way of making people feel comfortable. Whenever I can’t come through in the conversation department, I find myself resorting to universal signs of satisfaction like smiling wide, giving a thumbs up, and rubbing my belly. 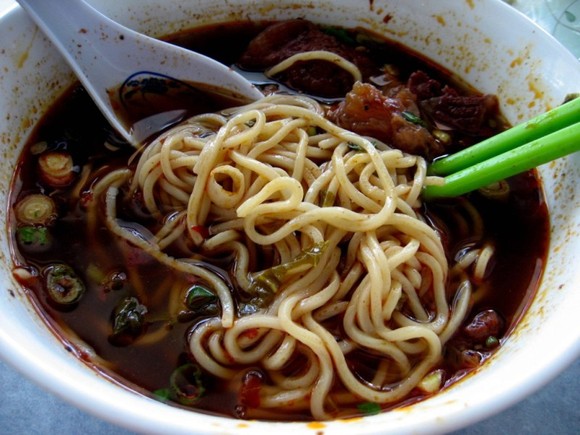 During a mid-week lunch with my friend Carissa, we each ordered Kingburg’s noodle and dumpling combo ($6-7). From the limited menu, we both selected spicy beef noodle soup and boiled pork, sea cucumber, and shrimp dumplings. The only downside to Kingburg’s combos is that pan-fried dumplings are excluded.

The soup arrived first. The generously portioned bowl of noodles came out of the kitchen steaming hot. From the moment the broth’s spicy aroma hit my nostrils, I knew this soup was going to be outta sight. As I slurped my way through the hunks of tender and pleasantly fatty meat, bits of pickled mustard greens, and delicate egg noodles, beads of content sweat formed across my nose. Kingburg makes a fantastically good bowl of spicy beef noodle soup. 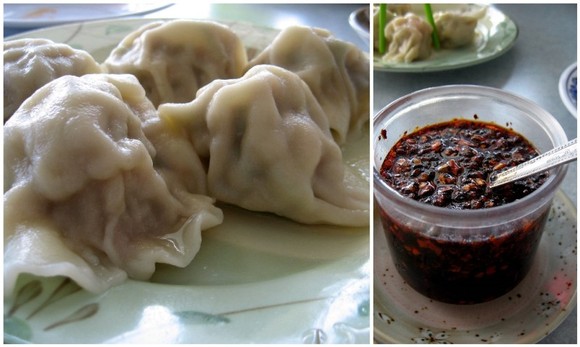 The pork-, sea cucumber-, and shrimp-filled dumplings arrived minutes after the noodles. The boiled parcels would’ve tasted fine on their own, but they bordered on bland eaten alongside the bold soup. To bring the dumplings up a few savory notches, I drizzled them in excessive amounts of chili oil.

After downing five dumplings and a large bowl of spicy beef noodle each, Carissa and I waddled out of Kingburg immensely satisfied. 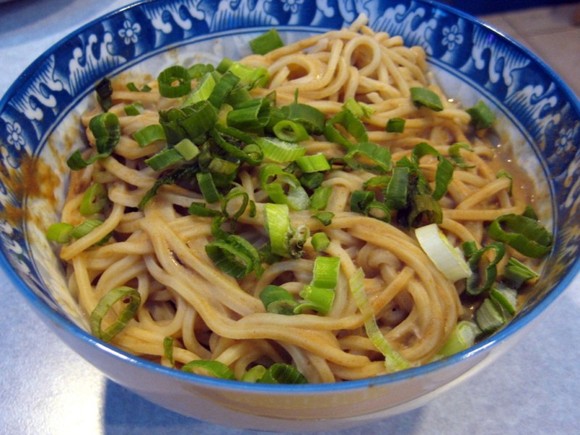 The Astronomer and I, along with our friend Shay whom we met in Vietnam, returned to Kingburg a few evenings later for dinner. This time around, we shared one combo (spicy beef noodle soup and sole dumplings), a bowl of sesame noodles ($4.50), and an order of pan-fried pork and leek dumplings ($6.50).

Served hot, the “sesame” noodles turned out to be intensely peanut buttery. Even though I was hoping they’d resemble something like the cold sesame noodles I savored in Hong Kong, they tasted more like the peanut noodles I sampled at the Muslim Quarter in Xi’an. The addition of chili oil made these sticky noodles even tastier. 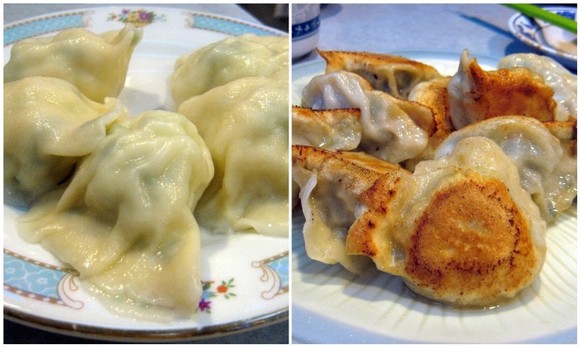 The boiled sole dumplings were on par with the dumplings I ate with Carissa, but the pan-fried pork dumplings were a bit of a let down. Although the skins had a nice golden sear, the wrappers were too thin and the pork filling didn’t ooze with porcine juices like the specimens at Dean Sin World and Luscious Dumplings.