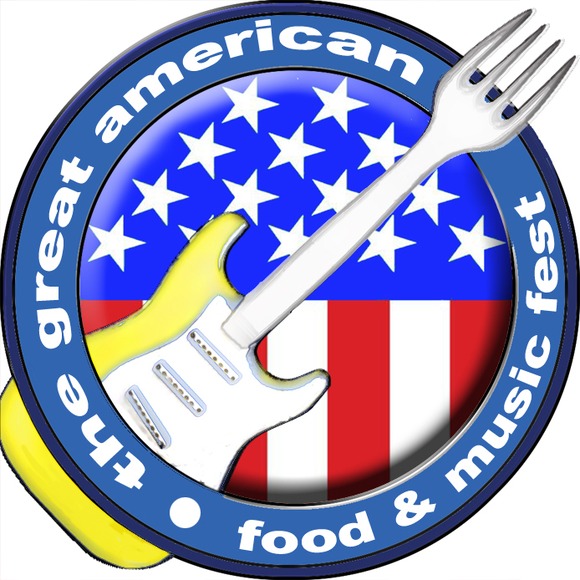 For almost 20 years, Serious Eats founder Ed Levine has dreamed of putting on the ultimate food and music festival, “a celebration that would bring together food from seriously delicious spots around the country along with some of my favorite chefs and musicians.” On June 13 at the Shoreline Amphitheater in Mountain View, California, Ed’s dream is coming true.

The Great American Food and Music Fest will be a celebration of American food, chefs, musicians, and winemakers. The event will be hosted by the Food Network’s Bobby Flay and featuring Diners, Drive-Ins and Dive’s Guy Fieri. Tickets start at $35, which includes general admission to all food and music areas, as well as your first plate of food. Separate all-you-can-eat, VIP, and wine-tasting tickets are also available. All tickets can be purchased here. Receive a $5 discount with the code foodfest—this offer is good through May 26 at 10 PM.

In addition to plenty of good eats, there will be a wine tasting tent featuring American wines chosen and presented by Best Cellars’ Josh Wesson and A-16’s Shelly Lindgren; chef demos by Bobby Flay, Guy Fieri, Anne Burrell, and Aida Mollenkamp, along with Bay Area chefs Nate Appleman (A16) and Bruce Aidells; and Bobby Flay will be reunited with his Throwdown rivals from Pink’s, Junior’s, and Tony Luke’s. Peruse the event’s website for an up-to-date list of the festival’s happenings in food and music.

Join The Astronomer and me, as well as serious eaters from across the nation, at the first-ever Great American Food & Music Fest! I have TWO tickets to give away to ONE lucky gas•tron•o•my reader. All you have to do is leave a comment with your name, email address, and the name of your favorite restaurant in America. Only one entry per person, please. I’ll be using a random number generator to choose the winner. All entries must be received by Tuesday, May 26, 2009 at midnight PST. Good luck!

“BEST OF THE BAY AREA” HIGHLIGHTS THE

LOS ANGELES, CA (May 21, 2009) – The Great American Food & Music Fest (www.greatamericanfoodandmusicfest.com), a one-day event celebrating the rich traditions of classic American fare and music, has announced the participants of the “Best of the Bay Area,” a special section that will feature acclaimed chefs and restaurants from the San Francisco area. The festival is being held on Saturday, June 13, 2009 at the Shoreline Amphitheatre in Mountain View, California.

A variety of local chefs will prepare an assortment of signature dishes on-site, including:

The local eateries will include: Jeanty at Jacks, serving raw and grilled Hog Island oysters; Burger Meister, San Fran’s favorite burgers; and Bouchon Bakery, serving their signature chocolate bouchons, all representing some of the best cuisine that the Bay Area has to offer. In addition, the “Best of Bay Area” food area will feature a host of locally produced and grown cheeses, cured meats, chocolate, breads, desserts, cherries, peaches, and tomatoes. There will also be a wine tasting section, featuring West coast wines, curated by experts Josh Wesson, co-owner of the unique Best Cellars, and Gary Vaynerchuck, host of Wine Library TV.

The culinary talent will join host Bobby Flay, who will prepare his unique take on American classics including burgers, fries, and a milkshake as well as favorites from his restaurant Mesa Grill. In addition, a host of well-known chefs will be showcasing their skills in a series of cooking presentations including:

The festival will bring a “Who’s Who” of the most beloved eateries, many immortalized by food programs and travel guides, on the road for the first-time ever alongside celebrated chefs, topped by live music performances from Little Feat, Big Bad Voodoo Daddy, Marshall Crenshaw, and local acts Jeremy Buck & the Bang, and The Rising Sun.

Tickets for the event can be purchased at LiveNation.com, Blockbuster Video locations, the Shoreline Amphitheatre box office, and www.greatamericanfoodandmusicfest.com). There are a number of ticket options available for the event to make it accessible to everyday food lovers without breaking the bank. General admission starts at $35 inclusive of all service charges and includes your first plate of food for free. Children under six are free.

Kitchen Aid is the official supplier of kitchen appliances and culinary stages for the event.