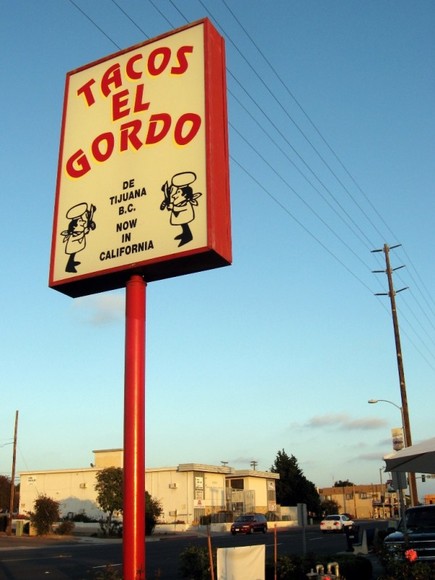 I was looking through your website and I have yet to see a write up on TACOS EL GORDO. Check it out. It’s in National City.

My cousin Michael left me this comment on the site back in April. My first thought when I read it was, “Wow! I didn’t know Michael read gas•tron•o•my. Cool beans.” My second thought was, “What is Michael doing eating tacos in National City? Does his mother know?” 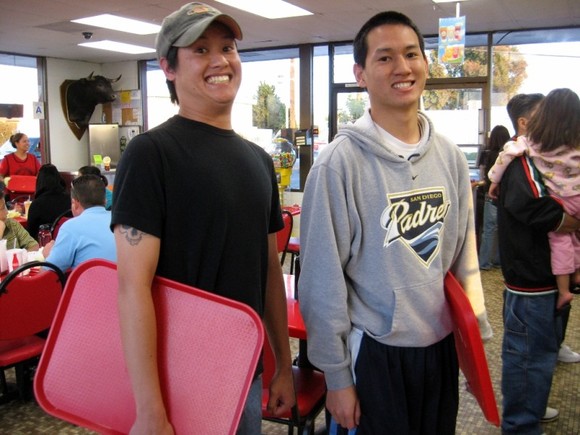 While back home in San Diego over Memorial Day weekend, Michael (right) introduced me to the glory of Tacos El Gordo. Michael fired up his mama’s Windstar on Sunday evening, and we drove all the way to National City for dinner. There’s a taquería on practically every corner where we live, so driving across town for some Mexican grub was kind of a big deal. Cousin Jimmy (left) came along for the good eats.

Michael’s first blissful encounter with Tacos El Gordo was in Rosarito, Baja California Mexico during his senior year of high school. Unaware that his favorite south of the border taquería had expanded to California, Michael was pleased to no end when he serendipitously stumbled upon one of their local locations while lost in National City. 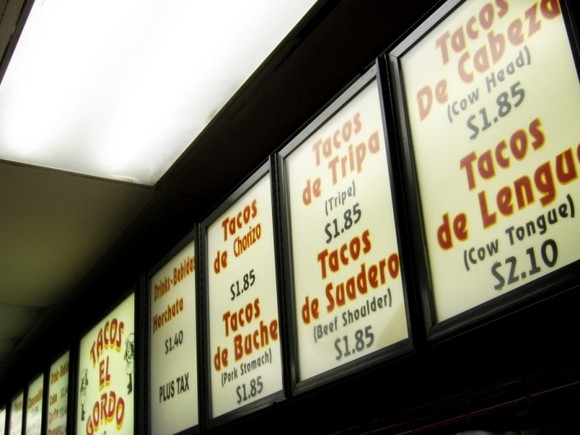 The National City branch of Tacos El Gordo is located in a converted Pizza Hut. Trays are grabbed on the way in and all orders are placed at the front counter. After we received our 15+ made-fresh-to-order tacos, we headed to a booth in the back to pay for our loot. 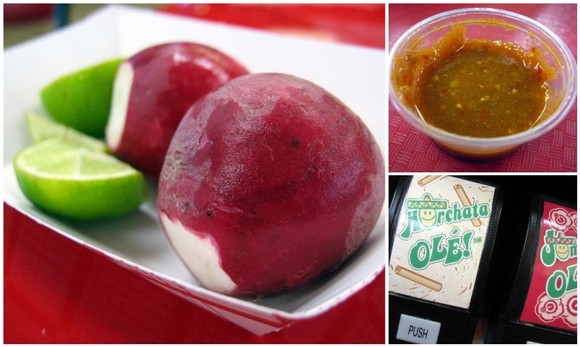 Before settling down to dig in, I made a trip to the condiment bar for some radishes, lime wedges, and salsa. We also got a big ‘ol cup of horchata (cinnamon rice milk) to share. 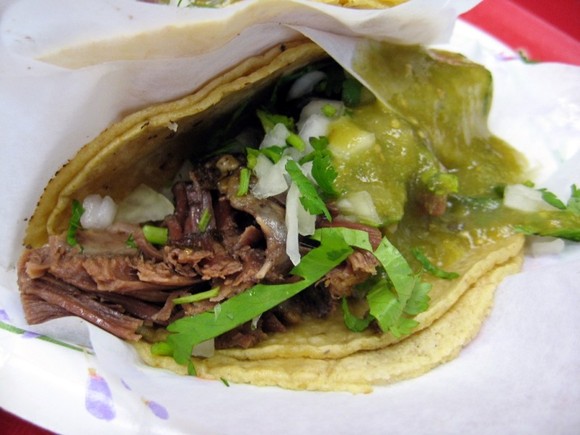 First up, taco de lengua ($2.10). The cow tongue taco came with fresh onions and cilantro and a mild tomatillo salsa, and was held together by two hot-off-the-griddle corn tortillas. I was surprised by the tongue’s stewed short ribs-like texture. I was expecting a chewier meat like that of a pig’s tongue. Overall, a very hearty and well-rounded taco. 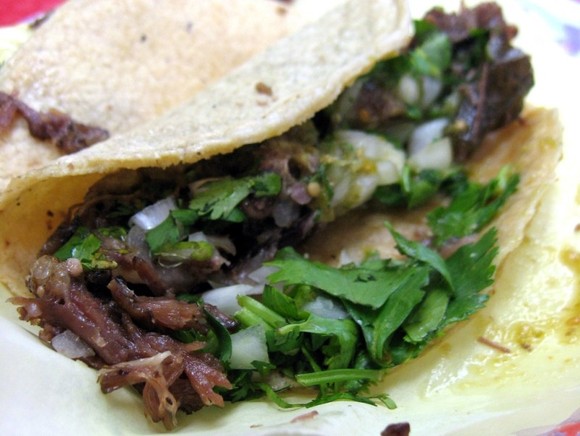 Next up was the taco de cabeza ($1.85). Similar to the tongue taco, the cow head taco contained fresh onions and cilantro, all wrapped in a corn tortilla. The cabeza was the richest tasting taco I’ve ever encountered. I would’ve never guessed that bovine head muscles were so slick. 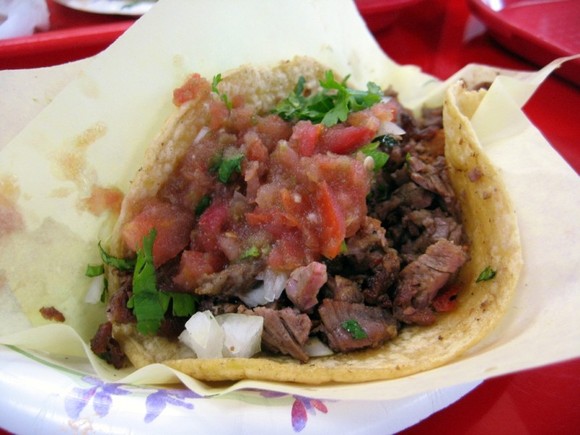 Michael and Jimmy polished off five tacos de carne asada each ($2). The cubes of beef were smoky and plentiful. 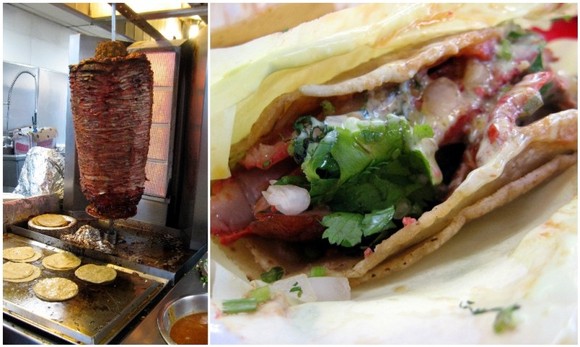 The most amazing tacos of the evening were the tacos de adobada ($2), which were made of thin pork steaks skewered and overlapped on a trompo (vertical rotisserie) and flame-broiled. The collection of pink-hued adobada seasonings were really fabulous—a little spicy and a lot sweet. Although I didn’t get to confirm with the Spanish-speaking trompo master, I swore I tasted some star anise! The complete package of pork, cilantro, onions, sweet white sauce, and warm corn tortilla was fantstic.

A few hours after our Tacos El Gordo feast, Michael departed to San Francisco—The Land of Rice- and Bean-Laden Burritos—to wrap up his sophomore year of college. This meal should keep him going until he returns to the land of Tacos El Gordo for summer vacation.