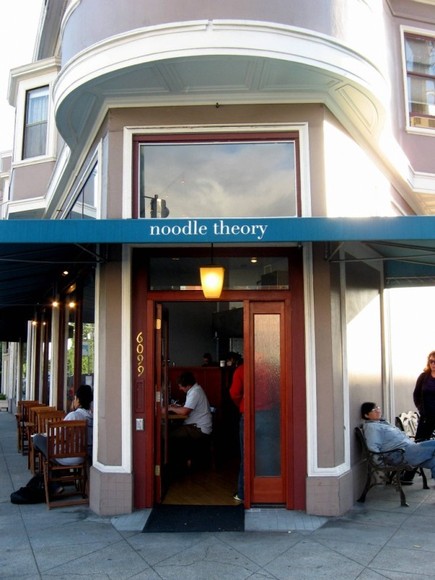 Following college, I moved to Oakland to start my first job. It wasn’t an amazing gig by any means, but it put my econ degree to good use and more importantly, allowed me to start bringing home the bacon. After twenty-two years of spending my mama’s chedda, I was long overdue to make some of my own.

As much as I enjoyed crisscrossing The Bay on BART, running around Lake Merritt, and shopping for produce at the Grand Lake Farmers’ Market, the city that Hammer called home never felt like my own. I blame the weather for my lack of affections—fifty-five degree summers and earmuffs at the ballpark kept me from warming up to the city, literally and figuratively. I bounced out of the East Bay shortly after a year. 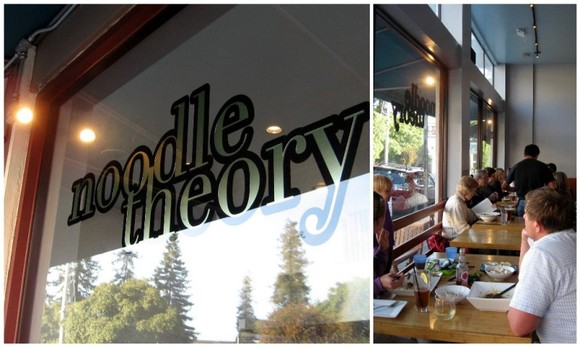 Even though Oakland turned out to be a poor fit for me, Maria-Elena and Jess, two of my best friends from my East Bay days, still call it home. The Astronomer and I met up with them at Noodle Theory during our recent jaunt up north. The restaurant came highly recommended to us by Jon, The Gourmet Pig.

Noodle Theory is located in Oakland’s Rockridge neighborhood, an idyllic area brimming with great food options. The restaurant is housed in a small wedge of space that seats only twenty-three people. Reservations are not accepted, so our group of four waited fifteen minutes for a table to open up. 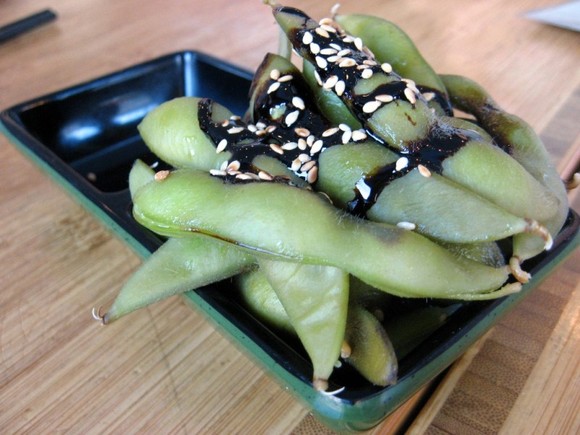 While skimming the menu, we nibbled on edamame drizzled with a thick soy glaze and sprinkled with sesame seeds. 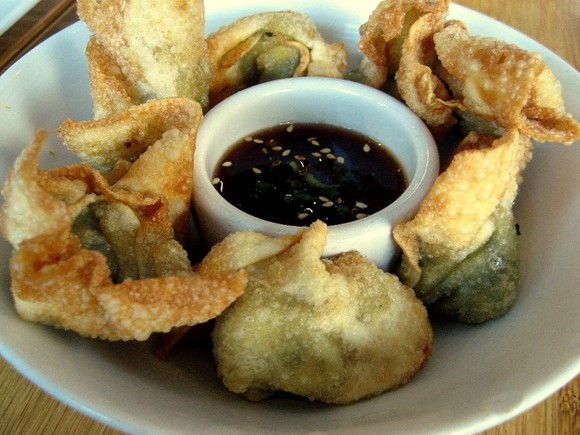 Louis Kao, chef and owner of Noodle Theory, draws inspiration from Asian cuisines across the globe and local ingredients. The menu is straightforward—noodles with broth, noodles without broth, and a few dumplings and vegetable sides for good measure.

The Astronomer started off with an order of goat cheese wontons served with a soy and vinegar dipping sauce ($7). The Astronomer was hoping that the wontons would be filled with Yunnan goat cheese and was slightly disappointed when he discovered that it was of the American variety. The golden parcels were delivered warm and tasted better than the sum of their parts. 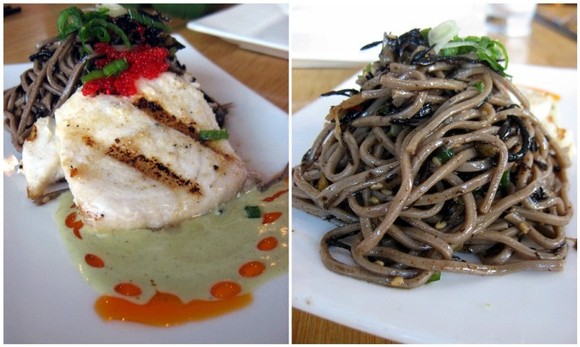 To start, I chose one of the evening’s specials—grilled Hawaiian butterfish in a wasabi cream sauce with a Hijiki seaweed soba noodle salad ($10). I hardly ever order daily specials, especially after reading Heat, but the word “butterfish” proved too alluring to resist. Eaten separately, the noodles and the fish were balanced and well-seasoned. Taken as a whole, it made little sense why these two items were paired together. The slick noodles failed to gel with the fish or its creamy sauce. 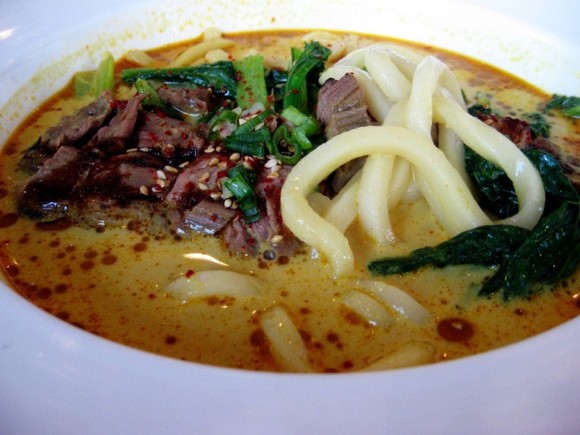 The winning dish of the evening was The Astronomer’s udon noodles with grilled Niman Ranch beef in a coconut lime curry broth ($12). Every element of the dish, from the udon to the beef to the broth, was spectacular. The noodles had the most addicting bite, while the Thai-inspired broth of coconut milk and satay paste brought about a pleasantly tangy spice. The tenderly grilled beef was just gravy, baby. This bowl of noodle soup was the complete package. 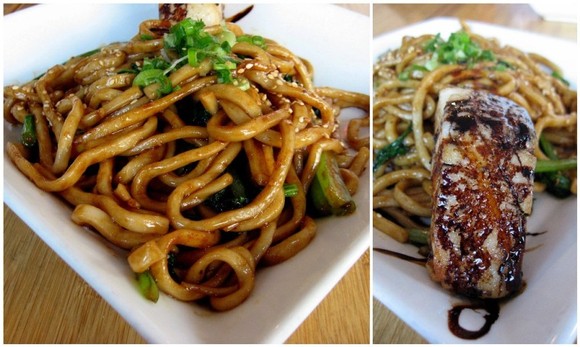 For my main, I ordered another item off of the specials menu—pan roasted miso marinated black cod served with garlic shanghai noodles ($16). As was the case with my appetizer, the fish and the noodles didn’t play very nicely together, although they were both fine on their own. In retrospect, I should’ve stuck to the menu mainstays rather than venture into specials territory.

“The theory here is comfort food, pan-Asian-California style. And it works,” writes Carol Ness of the San Francisco Chronicle. To that I’d like to add a caveat—stick to the regular menu and you’ll be as good as gold.